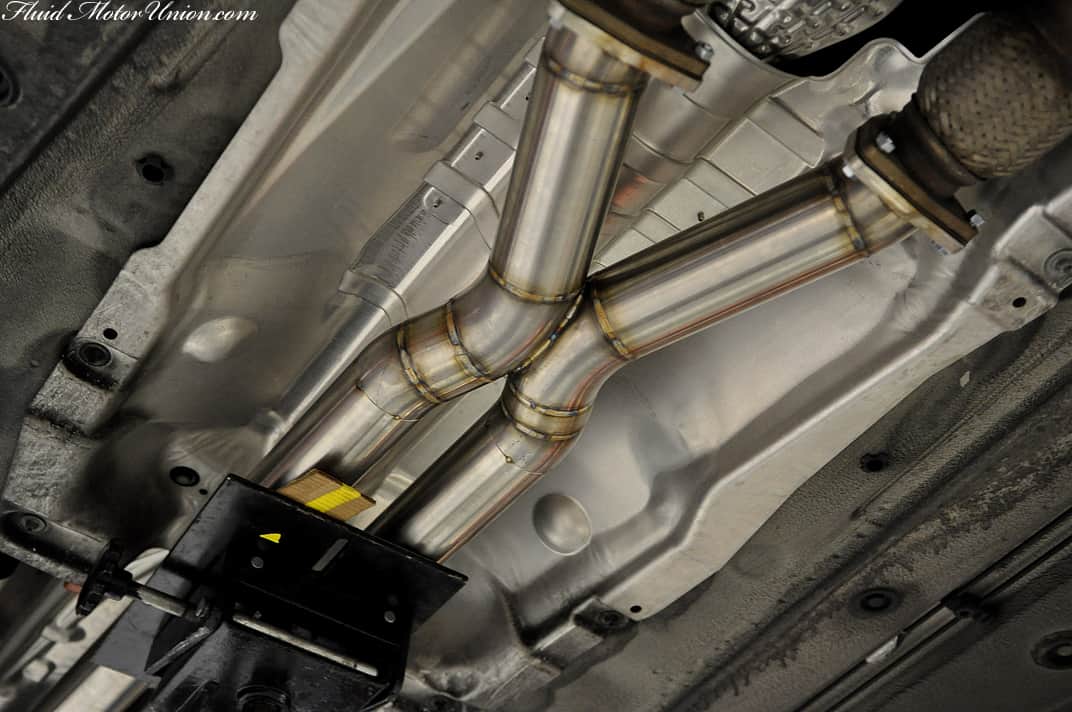 We’re actually incredibly surprised that we haven’t used this title yet. Oh well, no better time than the present.

Today, we’ll be completing the fabrication work surrounding Aneel’s Bentley Continental GT Speed. He originally came into the shop looking for a Fabspeed midsection and GIAC tune. However, after Fabspeed quoted him a multi-week lead time on their part, which didn’t jive with the customer’s timeline, we stepped in and offered to fabricate a custom FMU creation. Either way, yesterday’s blog post chronicled the first half of the construction, so let’s get down to the complicated portion — the X-pipe.

After completing the rear 75% of the midsection, we set about positioning the X-pipe where we deemed necessary. From there, having already cut out the new stainless steel exhaust flanges, we got to work fabricating the pipe that would connect the two parts. As always, plenty of pre-tack fitment checks occurred, then once we were ready to tack everything together…well…we did. We also finalized one of the sets of welds that we knew wouldn’t be changing. 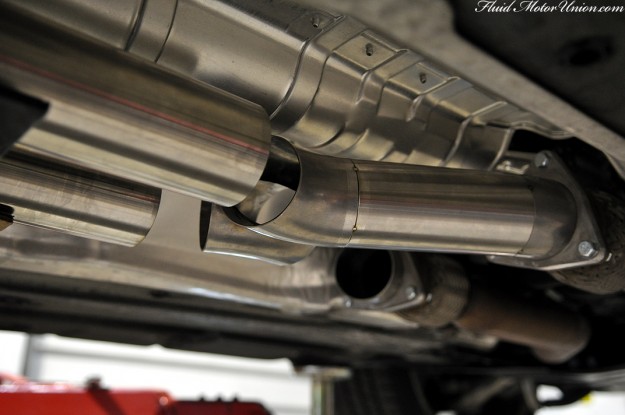 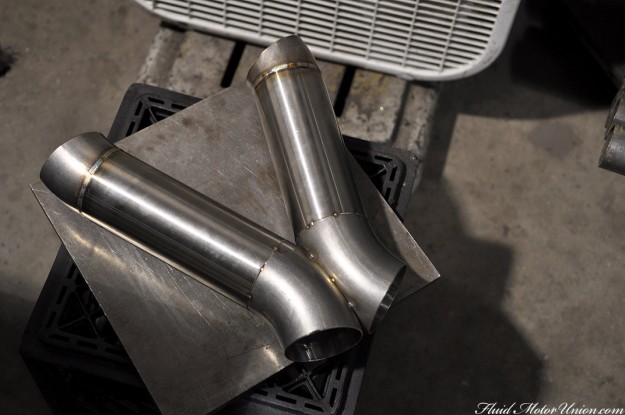 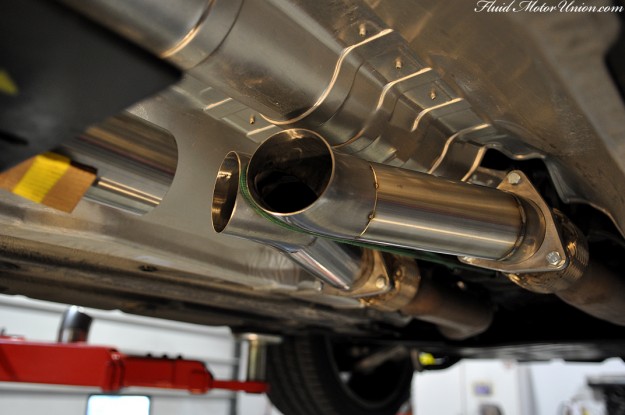 From there, it was time to connect the completed portion of the midsection to its fledgling counterpart. This entailed cutting approximately one inch from the long runners in the heart of the midsection to allow a smoother transition from the X-pipe to the dual pipes that run to the mufflers. Creating a smoother transition prevents the exhaust flow from getting turbulent on sharp corners, which can contribute to an overall loss in power and sound. Once the X-pipe’s was tacked to the remainder of the midsection, we triple-checked fitment and moved over to the welding table to apply the final welds to the exhaust system. 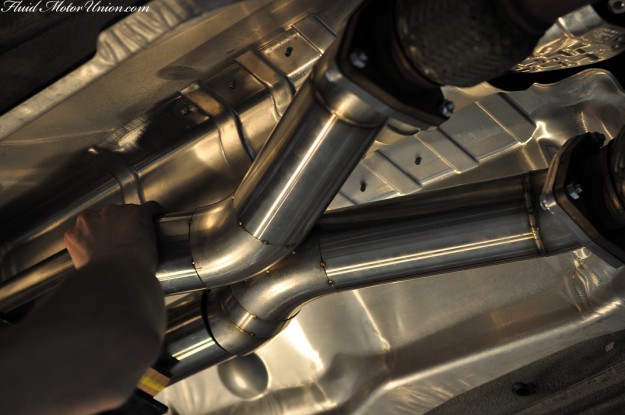 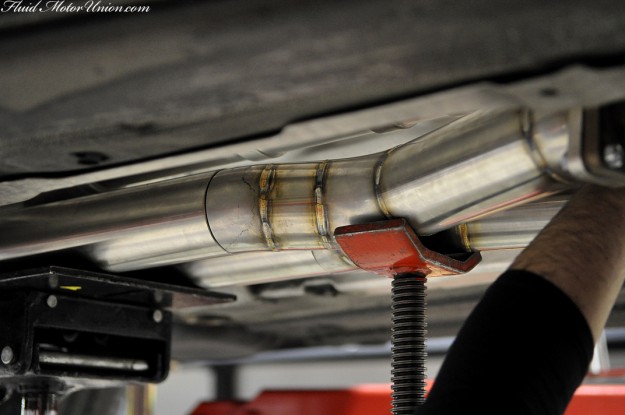 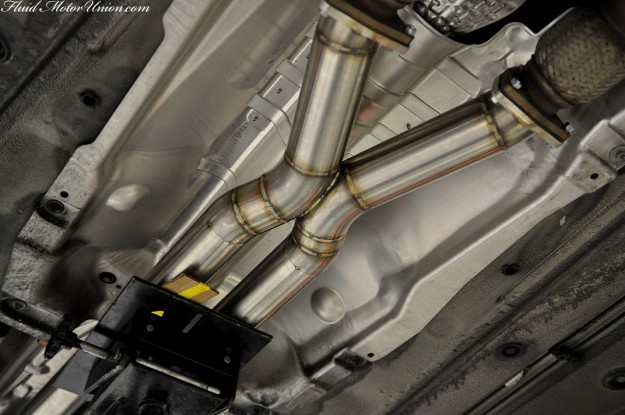 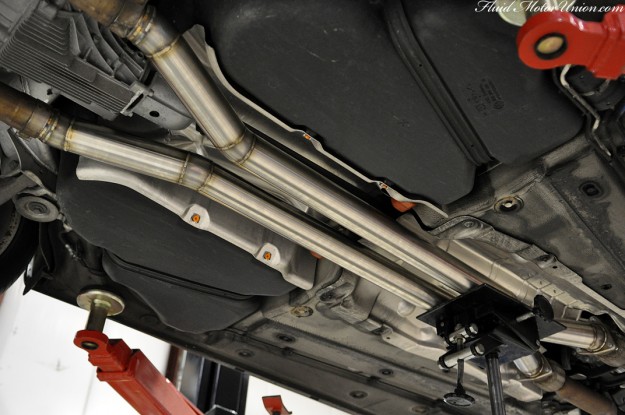 To paraphrase the great American hero Billy Mays, “But wait, there’s more!” After all, the exhaust won’t just hold itself in place. There is one pair of exhaust hangers in the middle of the midsection (they’re the red hangers in the photo above), so it’s up to us to fabricate some hangers that will keep the excessive movements to a minimum. Just like we’ve done with countless other exhaust systems that utilize similar mounts, we used some stainless steel rod to create the hangers. Heat is applied to the rod by way of an oxy-acetylene torch, and it’s then bent to the desired angle. Once we’d made sure everything lines up nicely, we welded the new hangers to the midsection, put everything back together, and Bob’s your uncle, there’s one complete Bentley Continental GT Speed custom exhaust midsection. 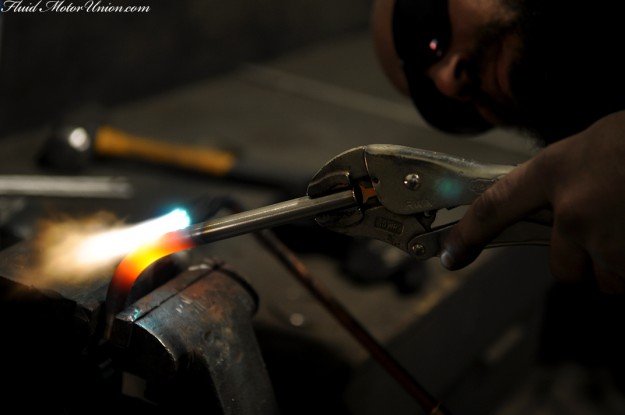 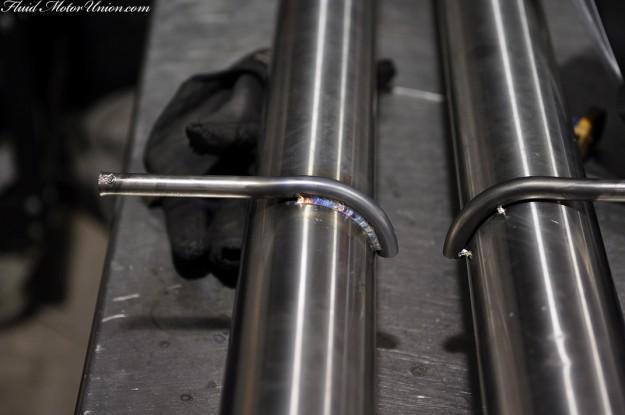 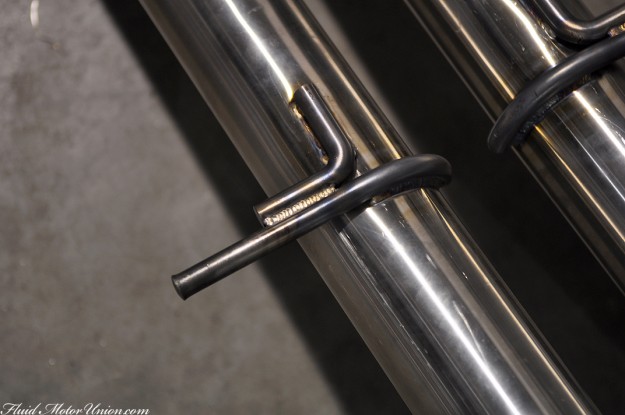 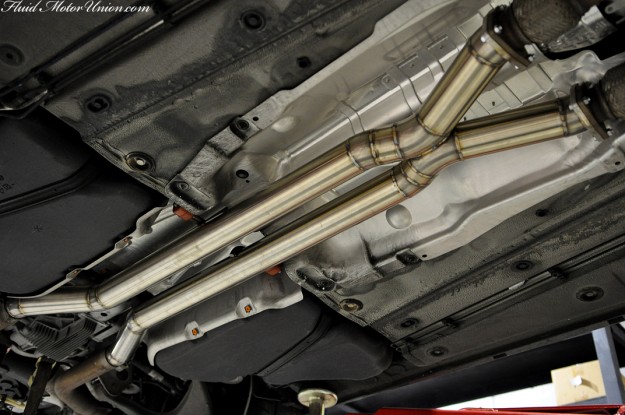 You might be wondering how it sounds. Well, you’ll have to wonder for one more day. Tomorrow, we’ll be back with a special FMU blog post featuring video that some of you have expressed great excitement over. We’ll have dyno graphs, as well as before and after runs once the FMU exhaust and GIAC tune are applied. We’ll see you back here tomorrow, so until then, have a great day!