Car noises can come when you least expect them. Sometimes they’ll stick around, sometimes they’ll be intermittent noises that only occur under certain conditions. Either way, sometimes these noises are tough to replicate at the mechanic unless they have a working knowledge of the problem. That’s what we’re here to help you with – we want to give you a basic understanding of the weird noises you might hear while driving so that you can better relay the information to the mechanic in charge of fixing your vehicle.

Now, a bit of a disclaimer. There are several weird car noises that can end up coming from several different issues. Sometimes, a noise will tell your mechanic exactly what’s wrong, and other times that noise will only give them a general idea of where to look. However, it’s still important to know what’s going on with your vehicle, as that knowledge can turn around and save you money on both the diagnostic and repair costs. Now let’s check out our top six weird car noises:

If you’re hearing a high-pitched noise that sounds similar to a bird calling, the first item to consider is one of your engine’s rubber belts. Over time, weather and other unavoidable factors will cause a rubber belt to degrade. As that happens, the rubber will start losing its lubrication against the metal pulleys connected to the motor, causing the bird-calling sounds you hear.

Belts are important in helping your vehicle run, and on some cars, a belt that breaks during operation can cause a good chunk of damage!

If you’re hearing a whirring noise that almost sounds like metal spinning inside of metal, you’ll want to focus on an area of your vehicle that’s constantly spinning and made of metal. In most cases, if the noise occurs only while driving, and most heavily during turning, it could be your wheel bearing. Your wheel bearing is the connection between your axle (which transfers power from the motor to your wheels) and the wheel itself, and when that fails, the wheel can seize up and stop moving entirely, even if your car is still in motion!

If the whirring noise is evident when the car is not moving, perhaps rising and falling with the revs of your engine, then your engine’s pulleys might be to blame. Over time, their constant spinning will degrade the materials that make up the pulley, and eventually, it will fail. Depending on the pulley, this can result in anything from a lack of air conditioning to a battery that will no longer charge.

You’ve probably heard this noise before if you’ve ever driven your car in a major city. That screeching that sounds like it bounces off buildings for blocks at a time? Most of the time, it’s coming from the large number of taxicabs on the street.

If you hear this screeching when you’re using the brake pedal to slow down, look no further – your brakes are wearing down! Your brakes consist of two surfaces that rub against each other and utilize friction to slow down the vehicle. Over time, these parts (referred to as ‘pads’ and ‘rotors’ on most newer cars) will wear down, and they’re engineered to screech like that when it’s time to replace them.

Typically, replacing just the pads will be enough to get rid of the noise. But if your mechanic suggests that the rotors are nearing the end of their life, it’s best to replace them both at once. More often than not, brakes are paramount to the safe operation of your car, so neglecting them can spell trouble in the long run. 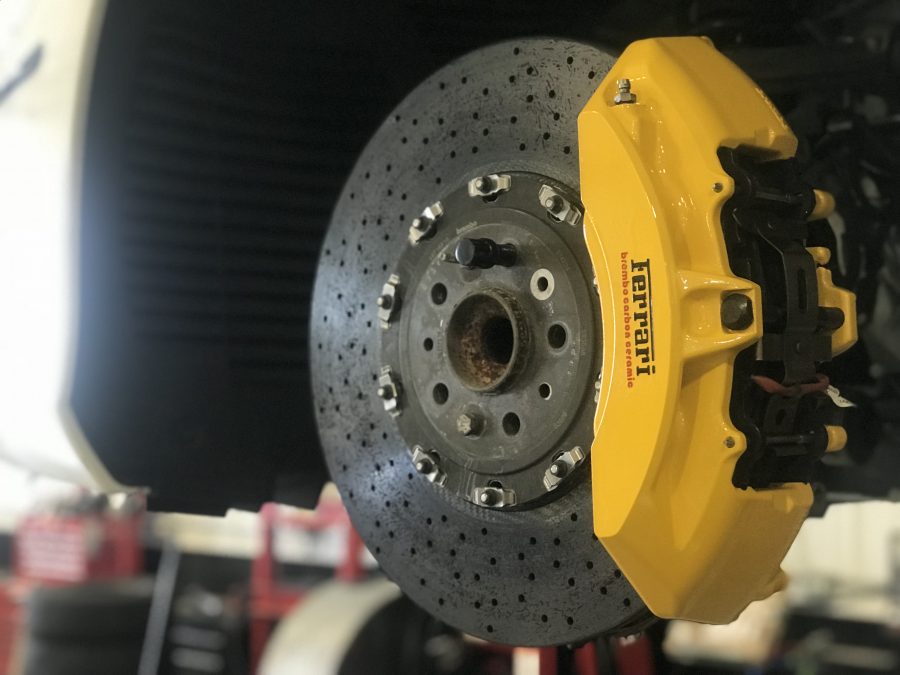 If the noise you’re hearing sounds like an old bed frame moving about, or if it sounds like somebody is walking in a house that’s still settling, then it’s most likely time to check out your suspension.

If the creaking or groaning occurs when you’re turning the wheel, it could be part of your steering or suspension system, specifically the tie rods or the steering rack. However, if those noises occur when you’re going over bumps in the road, or driving on a road with uneven surfaces, you’ll want to look at the springs, shocks or bushings.

As with everything else on a car, your suspension will begin to suffer the effects of weather-related degradation, causing these noises to occur whenever the part in question is being stressed. Pay close attention to when it happens, as this bit of knowledge can save you a bit of diagnostic time with your mechanic. 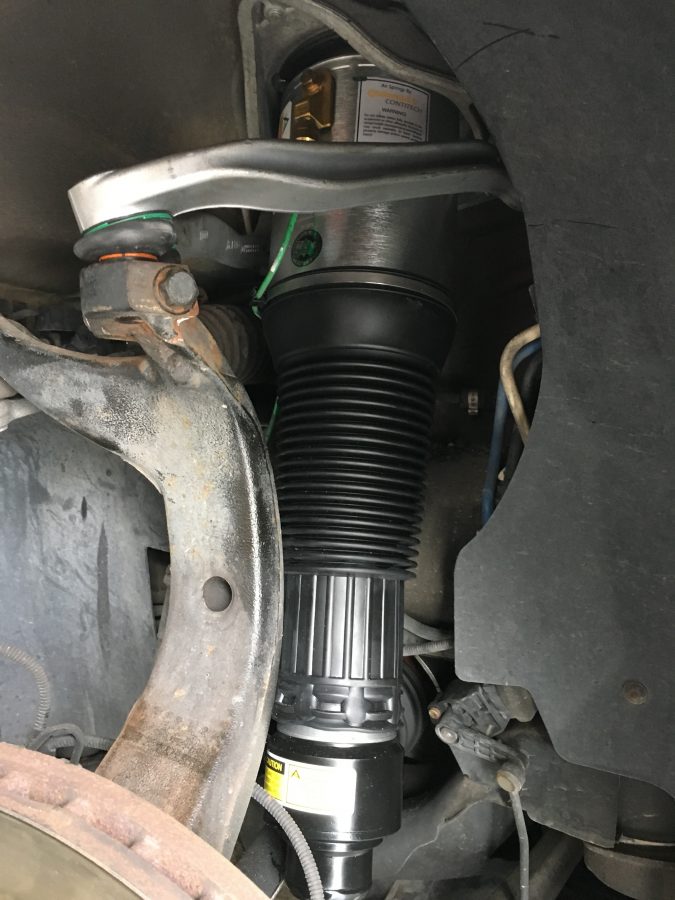 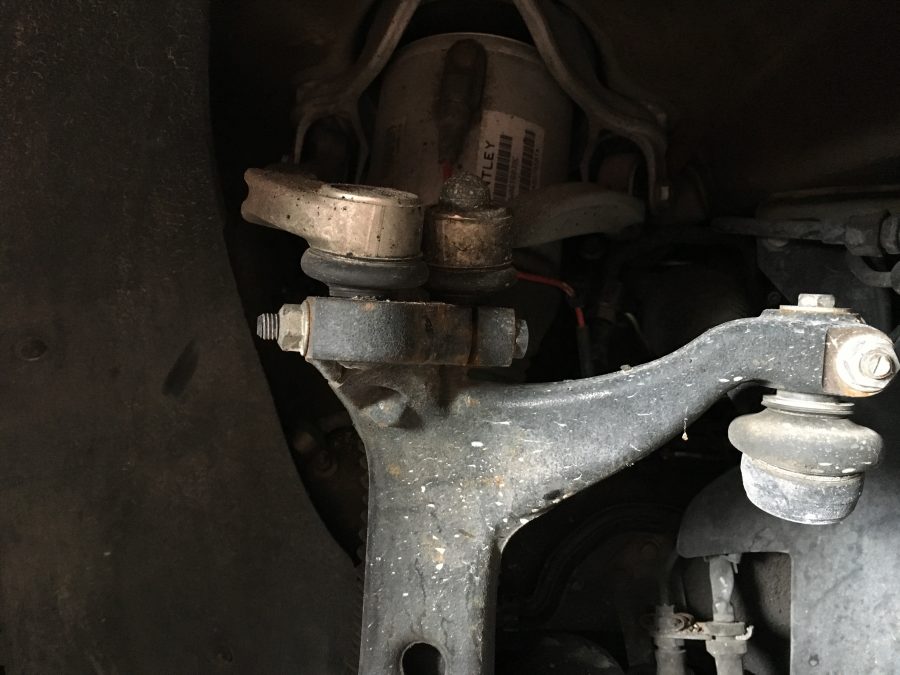 Most noises that sound like they’re related to air (such as a whistle) aretypically related to the systems in your car that utilize air pressure. Often times, these noises will be the loudest when the car is idling (not moving) or driving at a low RPM. These are most likely related to your vacuum system, which provides air pressure to help power your braking and emissions systems.

Other times, if these air noises are accompanied by a noise that makes it seem as if your car is getting louder, you’re looking at a leak in your exhaust. Depending on the location, this can either cause your car to run funny, or not change at all aside from the noise.

As with the other noises, it’s important to take note of where the noise is coming from, and what conditions cause the noise to occur. 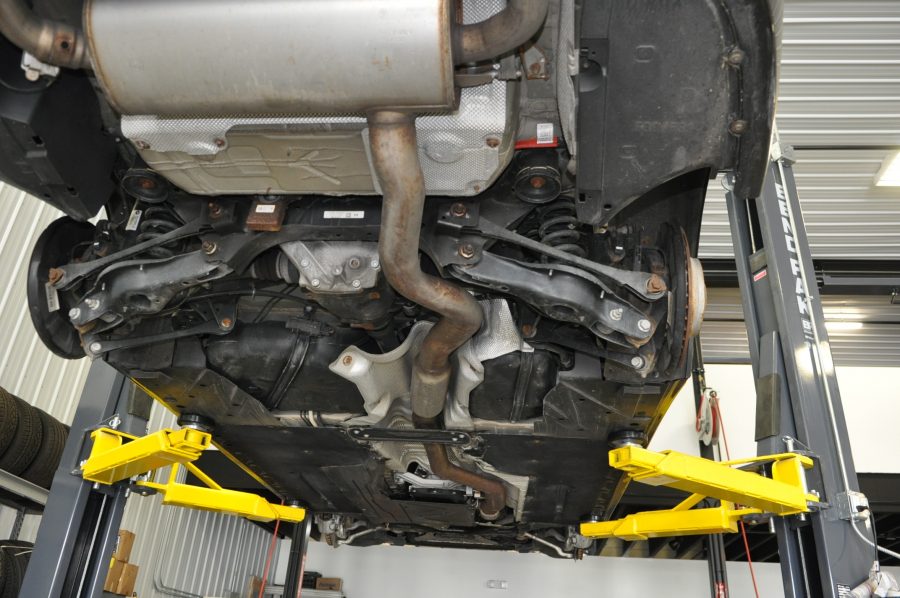 We’ve saved the best (or worst) for last. If you hear a ticking or knocking noise, sometimes it’s a completely normal vehicle function, and other times it can result in a costly repair. Yes, that sounds a bit tricky to diagnose. On your own, that’s very true. But that doesn’t mean it’s impossible.

Most often, a ticking or knocking takes place when two attached, moving metal parts come unattached for a split-second and then connect back together again. You probably won’t notice anything other than the noise; however, if you feel these ticks and knocks through your steering wheel, it’s best to get to your trusted mechanic ASAP!

If the ticking or knocking either rises or begins to disappear as your engine speed increases, it can mean that one of the internal components of your motor is beginning to fail, which in a worst-case scenario can ruin your motor entirely. If the noise has been with your car through several services, odds are that it’s a normal tick from your fuel injectors (as some cars just have noisy injectors). If the noise has appeared recently, though, it’s best to give your shop a ring and schedule a quick diagnostic appointment. 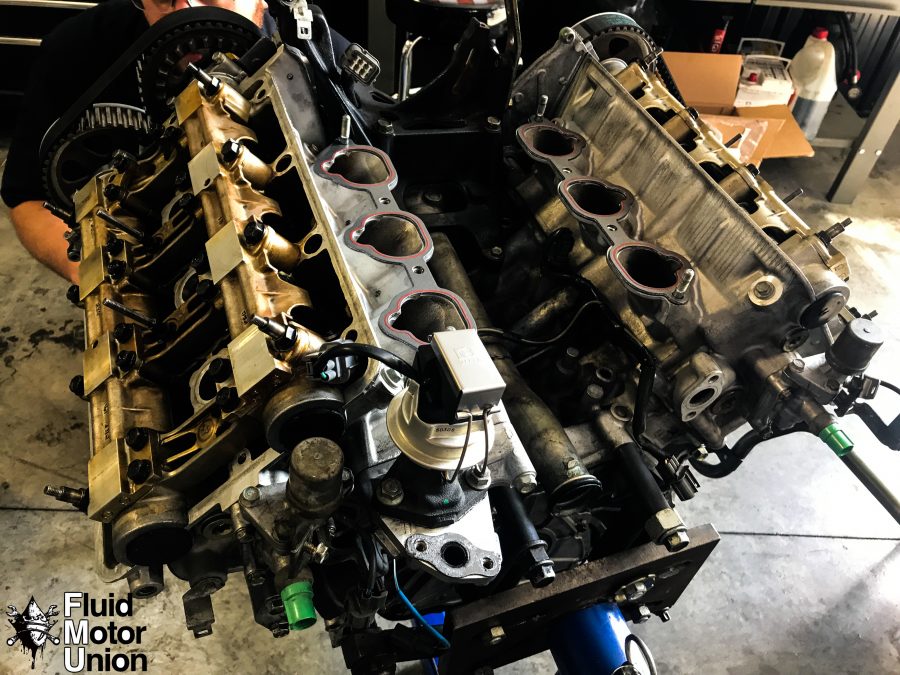 It’s common knowledge that cars can be expensive to fix on occasion. More often than not, though, if you stay one step ahead of the game and take a proactive approach to vehicle maintenance, your costs will lower in the long run, saving you both time and money.

These aren’t all the noises possible in a vehicle, and there are other things that these noises can mean, but this is a good baseline to get you started on helping to diagnose your vehicle’s issues. Even something as simple as knowing where and when these noises take place will go a long way in the diagnostic process.

If you are experiencing noises that you can’t quite pinpoint, you don’t have to figure it out yourself.  Leave it to the expert Mechanics at Fluid MotorUnion in Naperville to find out the cause! We will never recommend work that we would not stand behind if something went wrong. That is why our repairs come with a 3 year 36k mile warranty. We were just recently nominated by local residents as the neighborhood favorite auto repair shop! Have a noise you can quite figure out? Give us a call at (630) 305-3054  We are conveniently located in Naperville just a short drive from I88 in the Chicago Metropolitan suburbs.