Sometimes, you just look at something in pure bewilderment. Today, we’ll be featuring a few things that may cause that sort of confusion.

First up, Kris Boss’s M3 returns to the blog! The other job for which he came to FMU was an installation of his new blower, a black Rotrex unit that will not only help match his color scheme, but also provide the potential for even more power. “More power? Uh…what?” Yep! Kris has an insatiable need to make his M3 stand apart from the rest, and this mod is one more step in that direction. Don’t worry, he already has other plans already laid out as well, and it’s going to get pretty crazy. 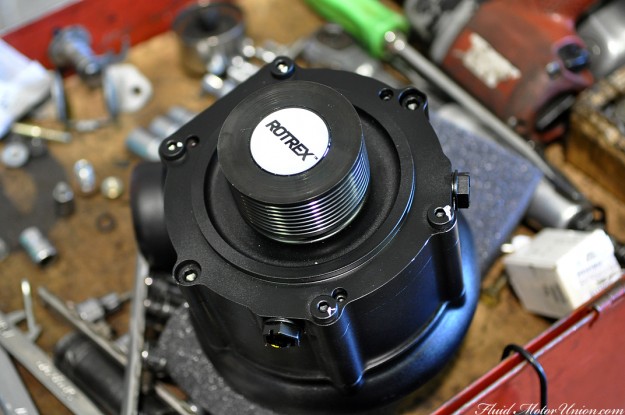 After removing the older blower, we bolted the new one into place. Active’s kit is nice in that the blower’s mount can be used to mount a variety of superchargers, if the owner ever feels the need to upgrade. Which, in this case, is happening as we speak. 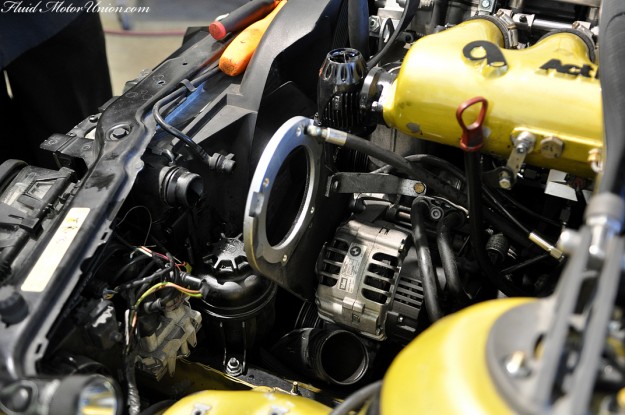 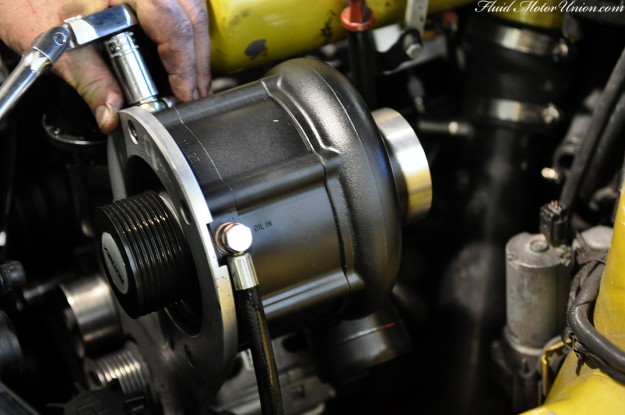 Alas, a fitment issue arose! When trying to fit the new filter directly to the back of the supercharger – as per Kris’s request – the filter came into contact with the SMG reservoir, shown here. 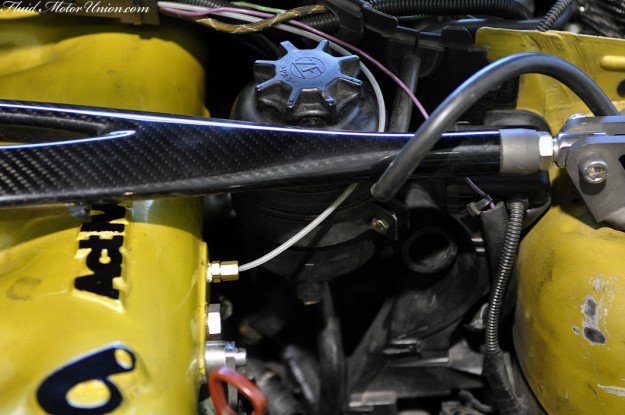 Suffice to say, we pretty much knew it would happen. After all, this engine bay doesn’t have a lot of space in stock form, nonetheless with a supercharger attached. So we went about putting together a new mount for the reservoir. It’s based off the HID ballast mount, and will fit in-between the sheet metal and the ballast itself — which, by the way, we’ve moved back to its original position. On the previous blower + intake setup, we had to tuck it behind the light. Now, since Kris has found a carbon fiber cover for it, we’ve moved it back. And we painted the SMG reservoir mount black, as well. Matching is key! 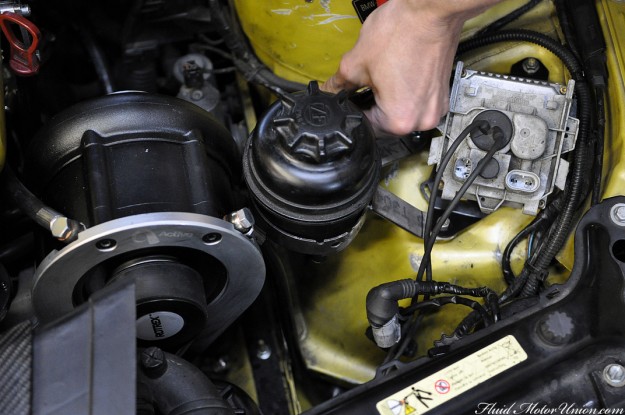 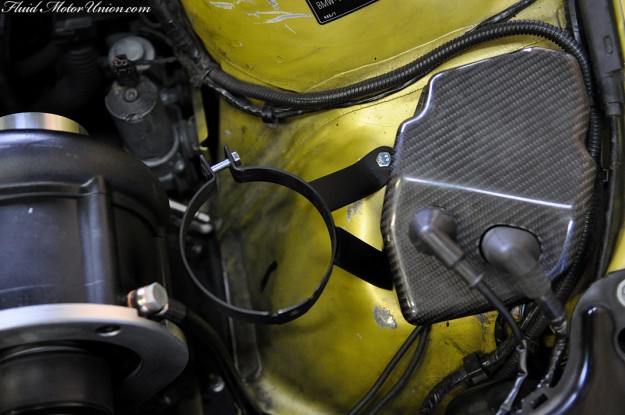 Remember that crazy pie-cut pipe that Tom put together for his Z32 single-turbo build? Well, we have another picture of the exhaust outlet that it connects to. This is definitely an, “Uh…what?” kind of situation. 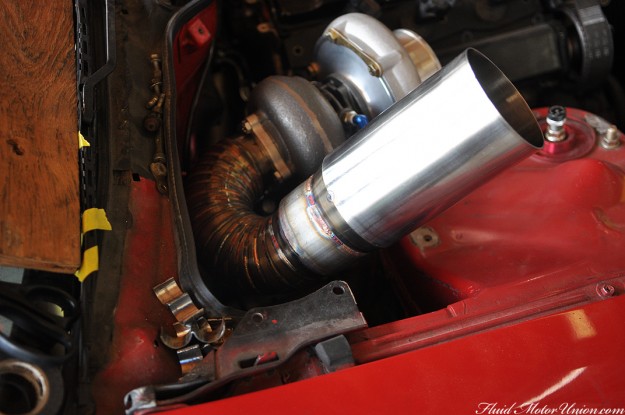 Yes, that’s his exhaust pipe. His initial plan was to dump it through the hood at this angle, and cut the 4″ outlet to lie flush with the hood, but now OJ’s given him an even more sinister idea, so expect this to change soon. But still, it’s a head-scratcher if you’re not used to seeing exhaust pipes coming from non-standard locations. 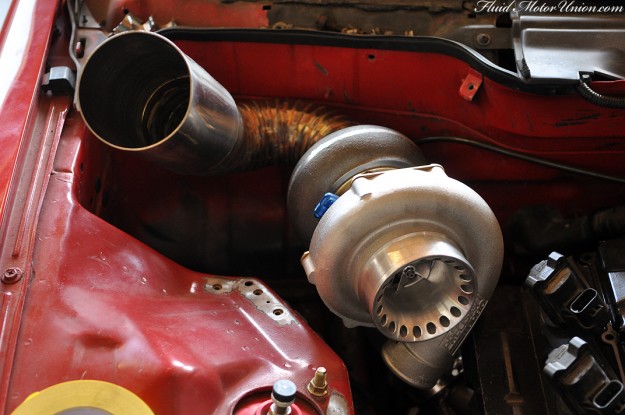 Finally, this one is the most mild of them all, but still left us a bit confused. The DHL delivery truck stopped by FMU today to drop something off. Trouble is, we didn’t order anything through DHL. When we opened the box, we realized why they came by — they dropped off a miniature, model truck for us. Nothing else, just the truck. Uh…what? 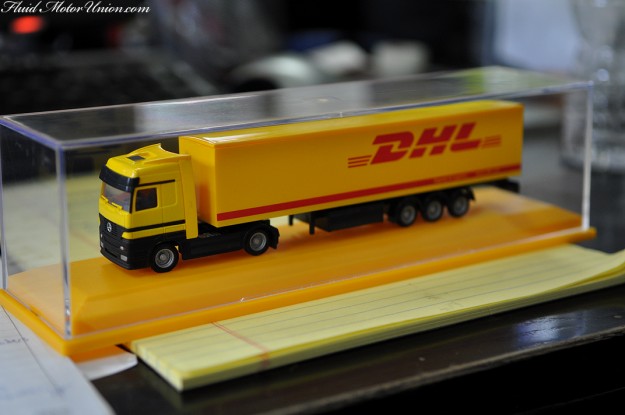 On an interesting note, it’s a Mercedes cab on the truck, so it’s actually pretty fitting to have in the office, considering we also service Mercedes diesel cars and trucks. 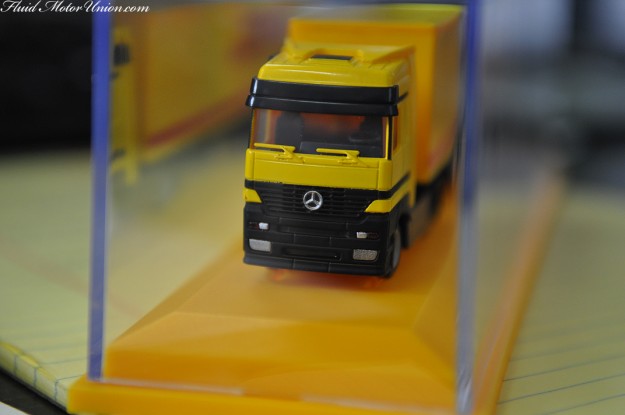 The level of detail in the model is actually pretty good for being so small. This obviously isn’t related to any project, it’s just something interesting that happened to us today. On occasion, it’s nice to receive surprises that aren’t related to cars we’re working on. 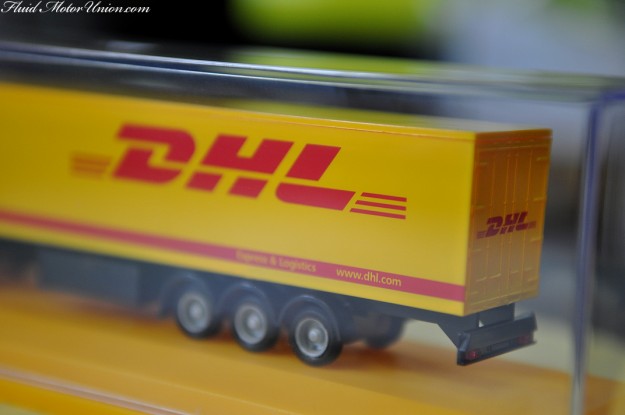