There’s a rodent in my Porsche?! Car Mouse Removal from a 911. 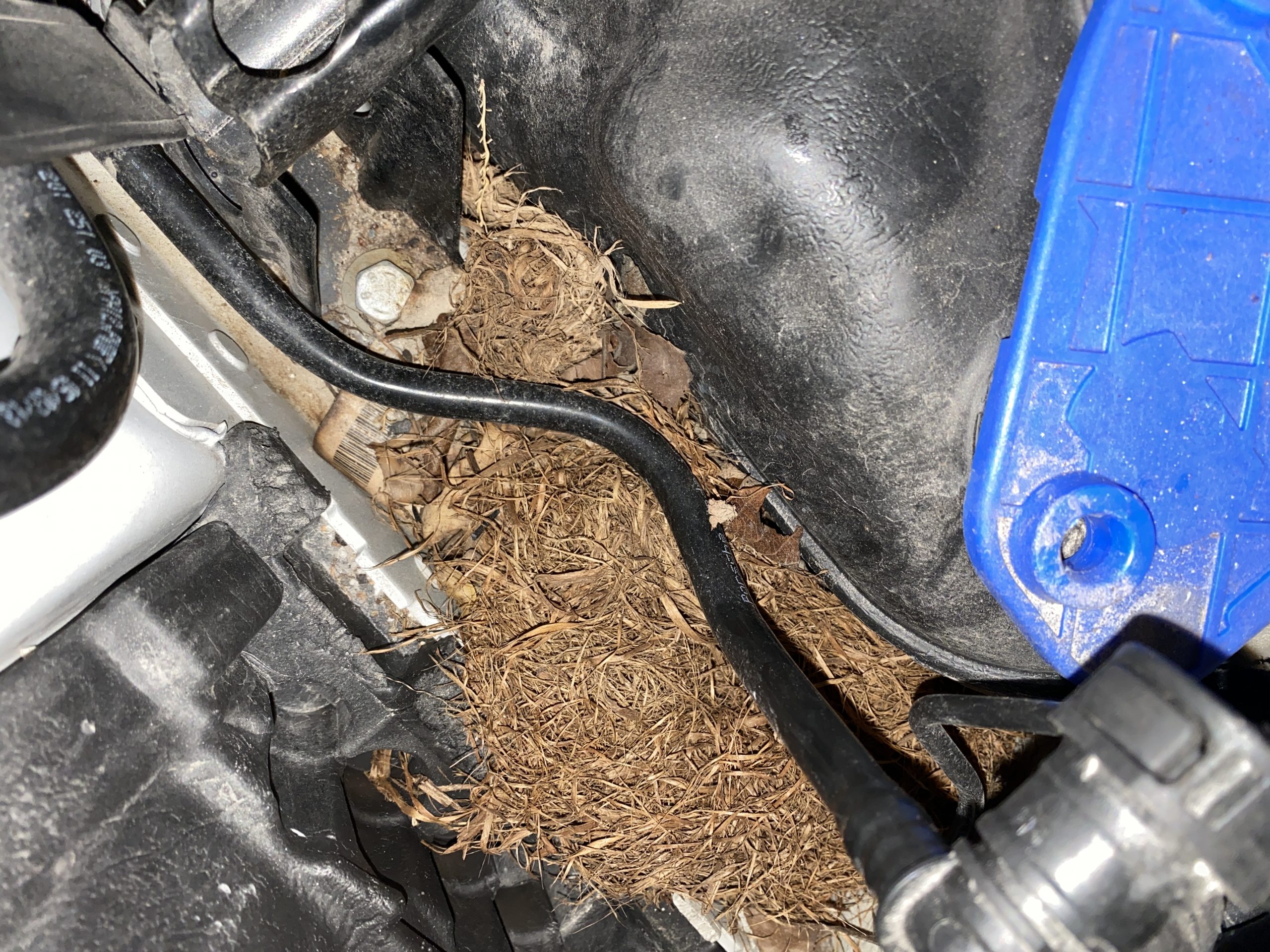 Posted at 13:05h in Blog by fluidmotorunion 0 Comments
0 Likes
Share

Car Mouse Removal is an unusual problem that might be more common than you think. Today we will show you what happens when a rodent nests in the newer Porsche 911 models. During the winter months, mice and other rodents are looking to build nests in order to keep warm. The newer 911s have a flat space directly in front of the cabin air filter, and next to the battery which has turned out to be a common spot for a “mouse houses”. In the past few months alone we have had 3 991s come in that we have found little nests in and they required a Car Mouse Removal. Sometimes this can actually cause a big problem, as there is a group of electrical wires located nearby. Manufactures have more pressure than ever to use environmentally friendly coatings and The wires often employ soy or peanut derived chemicals in their production. Pair this food smell with rodents ever-growing teeth and need to maintain them and you have a recipe for disaster. So unsurprisingly one of these cars had the mice chew through the wires resulting in thousands of dollars in repairs. The shorts in those wires prompted some odd evap system codes, so if you are experiencing similar codes, mice might be the culprit. 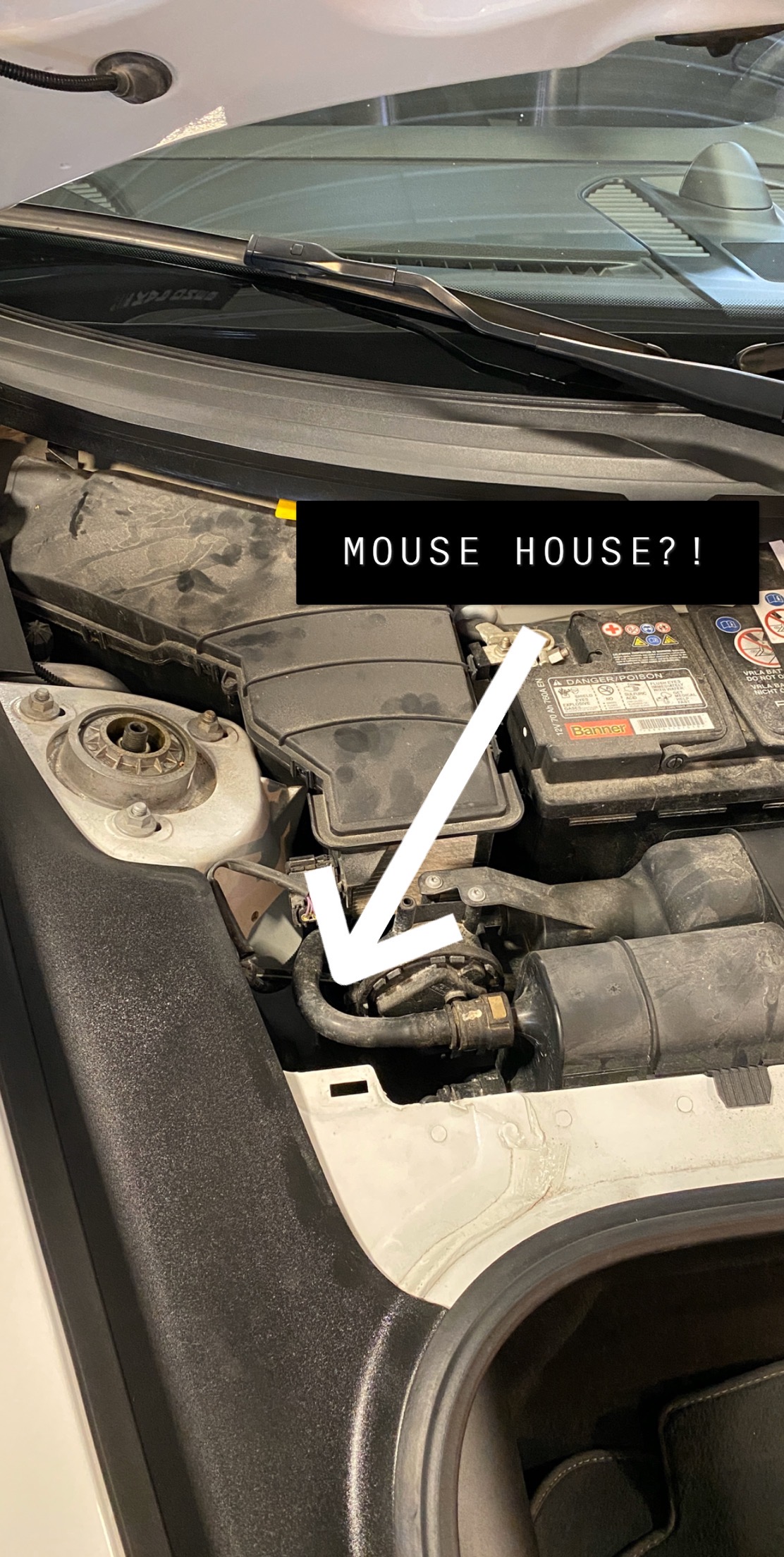 In this 2014 911 Carrera the mouse nest was pretty non-invasive. The car actually came in for brakes and other maintenance and while checking the battery we decided to look for a nest just in case. Since we have seen this issue on other 991s we took a quick look in the usual spot. It was a good thing too because it turned out there was, in fact, a nest there, which had it gone undiscovered could have ended up leading to future damage. We removed the mouse nest, checked and made the area a little less welcoming. A little steel wool can do wonders to ensure a mouse has a difficult time getting back! 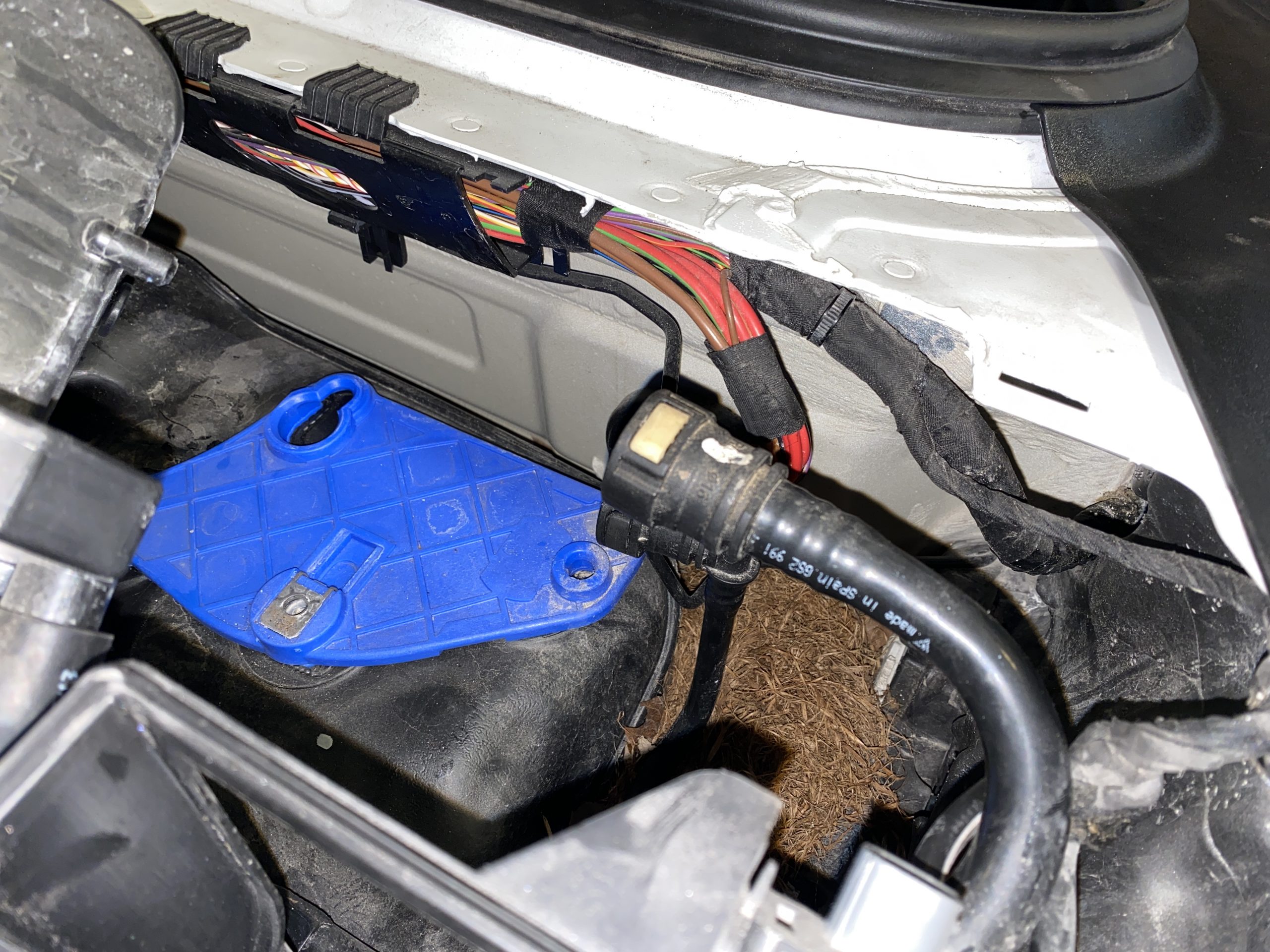 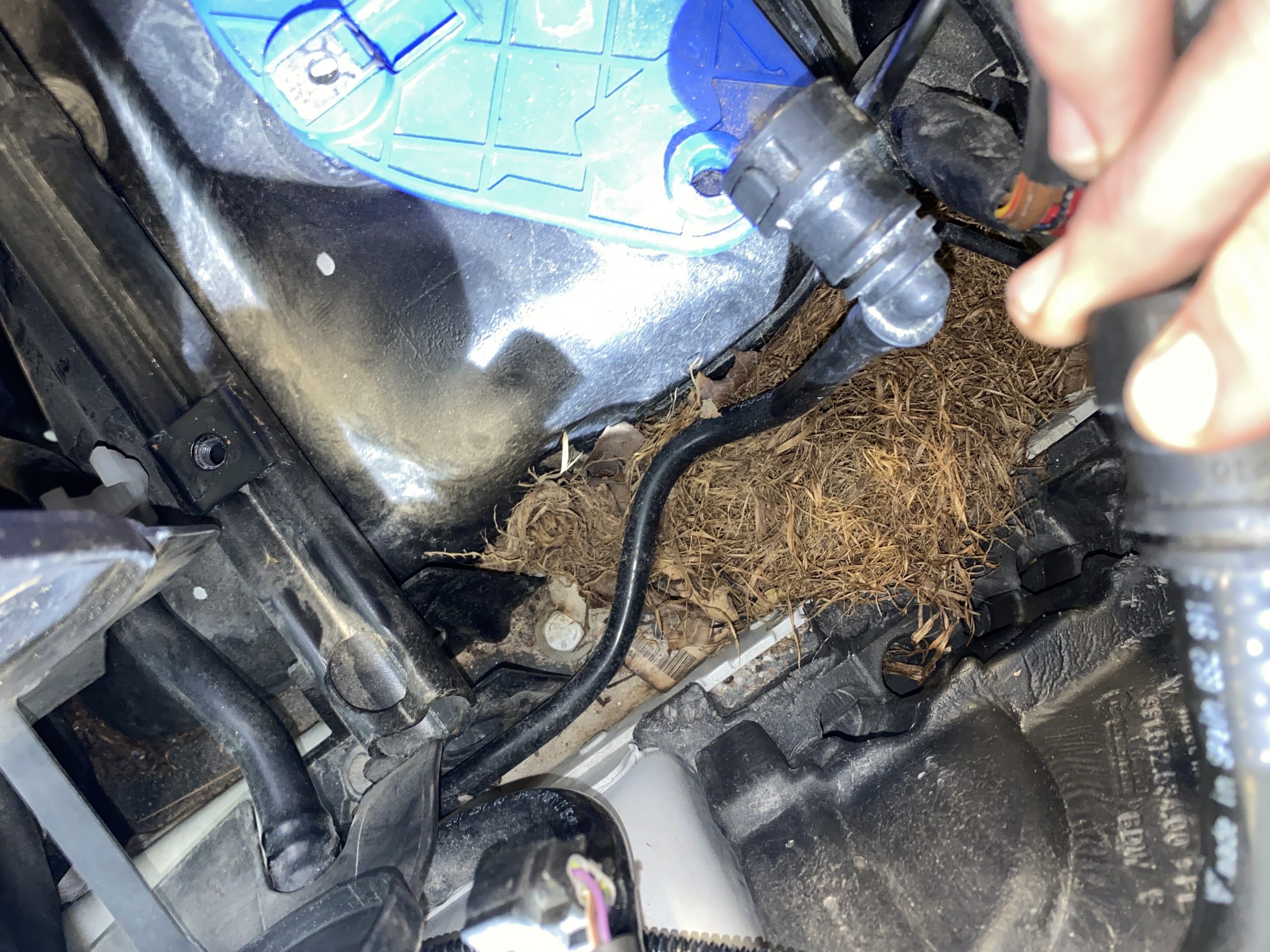 A little gross, but telltale sign you might have an issue is bits of paper or mouse droppings present anywhere they shouldn’t be. If you see anything resembling these pictures it may indicate you have a rodent problem.

If you suspect a mouse nest in your car or have other issues, Fluid MotorUnion is happy to be of service! We are conveniently located in Naperville IL, near i88 and RT59. Make sure to follow our Facebook page to stay up to date with our wild projects and promotional offers!