Today’s blog post is all about rotating masses of various kinds. …Something clever would normally go after this, but hey, it’s Friday.

Our first rotating masses up for discussion are the impeller wheel inside a turbocharger and the rear wheels of a Porsche 911. Put them together, and the spinning action of the former will almost certainly result in the spinning action of the latter, which may result in a whole lot more vehicular spinning if you’re not on top of your game. What does this all have to do with our blog, you might ask? Well, a customer recently picked up a beautiful, grey Porsche 930, and brought it here for a bit of upkeep. 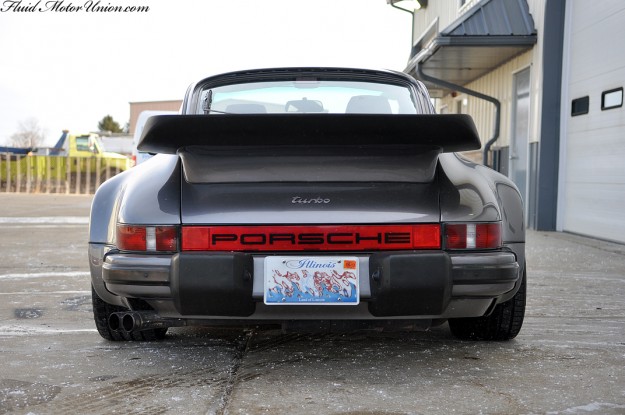 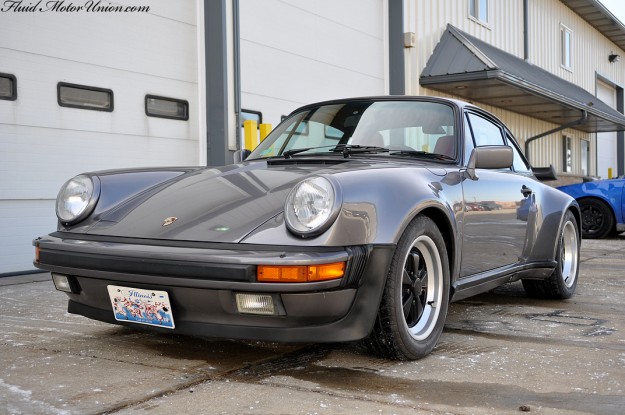 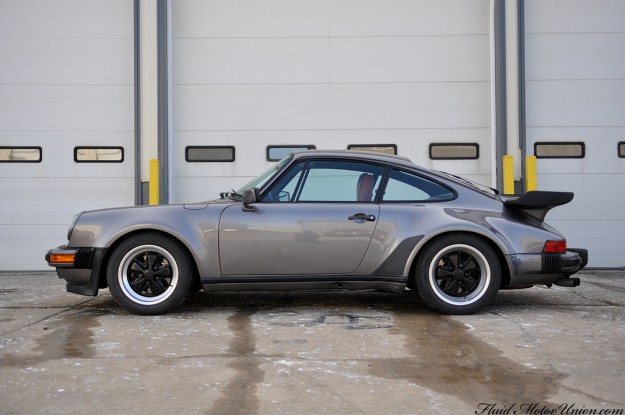 The 930, for those of you not familiar with Stuttgart royalty, is the number designation given to the 911 Turbo, pre-964 model. The biggest giveaway of the car is its massive duckbill spoiler out back, which is undoubtedly necessary to keep the rear end planted on the ground. Sporting a flat-six turbocharged motor good for 330bhp mated to a 4-speed transmission, this car can hit 60 mph in 4.6 seconds and top out at 173 — not too shabby even by today’s standards. However, unlike the cars of today, this 930 isn’t equipped with stability control, traction control, shift-for-me-while-I-sip-my-latte control, park assist, lane departure warnings or any other piece of technology that’s slowly forcing us to forget how to drive. Nope, this is just you, some downforce (emphasis on some), and a rear end that will want to teach you all about yaw should you make even the slightest misstep once the snail hits full boost. And that’s why it’s a classic. The looks department isn’t exactly slacking, either. 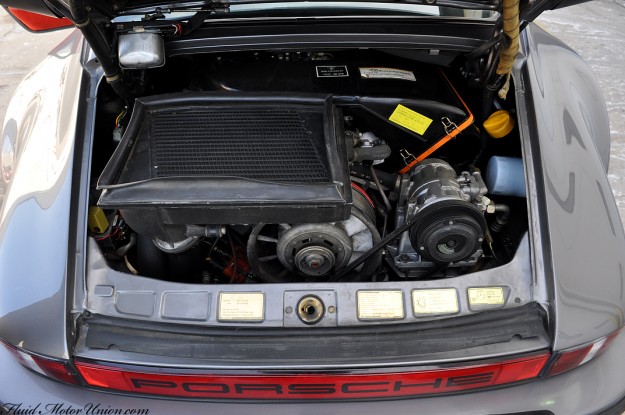 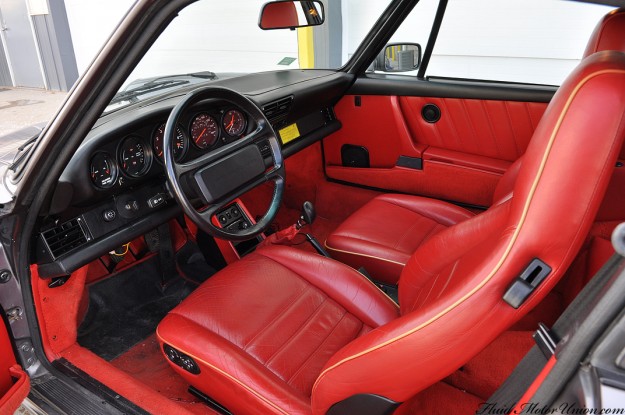 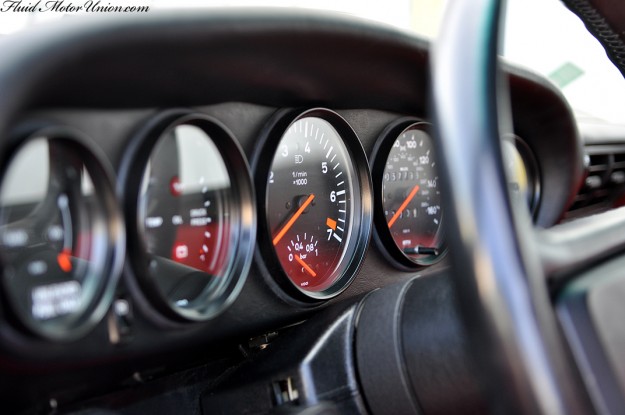 In other news, a rotating mass arrived on our doorstep the other day. By the type of box that arrived, you’d think that this was given to us by the Pony Express; but no, it’s just some old-school charm by way of Lamborghini and Exotic Clutch Technologies. That’s right, the new clutch and flywheel for the Murciélago has arrived! 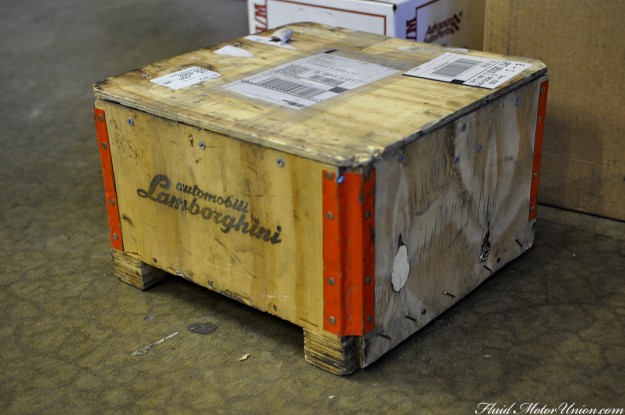 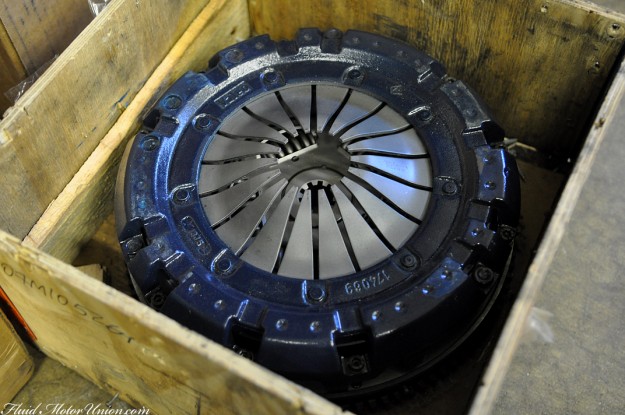 Now, this isn’t a stock Murciélago clutch, not at all; while it does utilize stock components, Exotic Clutch Technologies (ECT from here on out) has upgraded this kit to last almost 200% to 300% as long as the OEM clutch setup. Their secret (which isn’t really a secret, since it’s on their FAQ) is thus: Whether it is built from new or used, ECT takes a very specific procedure in helping create their long-last clutch setup. First, they’ll take an OEM clutch and remove the stock material, replacing it with their own kevlar-based magic. They will also disassemble the pressure plate, rebuilding it to their specifications. Finally, they’ll take the entire assembly and rebalance it to assure proper functionality with the correct break-in procedure. Their goal is to have the same clamping force and pedal pressure as a completely stock setup, and will perform exactly as the OEM would. The only difference is a much, much longer-lasting setup that won’t have you racing to your accountant every 5,000 miles. The ECT Kevlar Murciélago clutch arrived to us ready to be bolted right in. They even sent us some pictures from the build, which we have below. We’re glad to be working with them, and cannot wait to see how the new clutch performs. 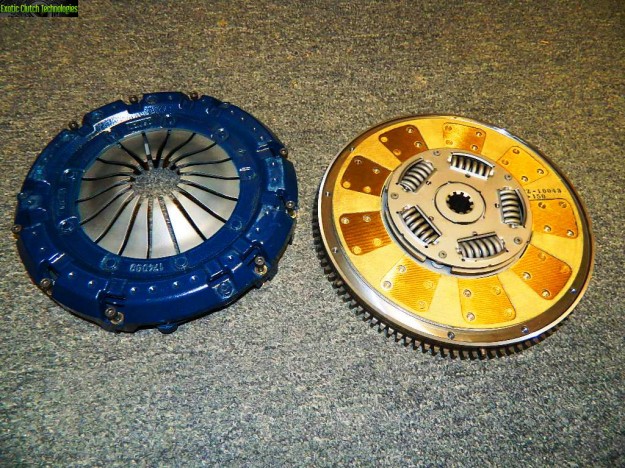 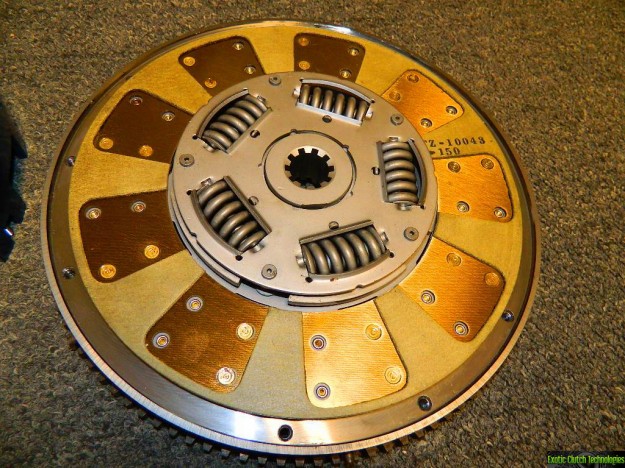 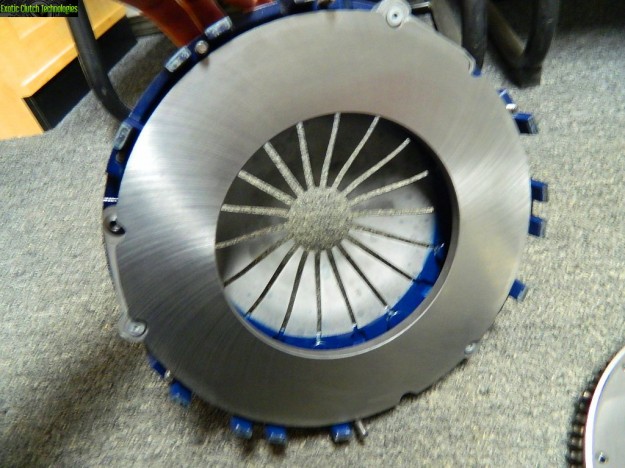 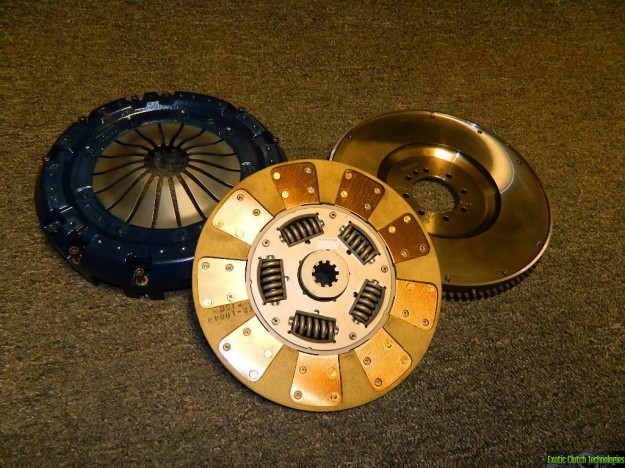 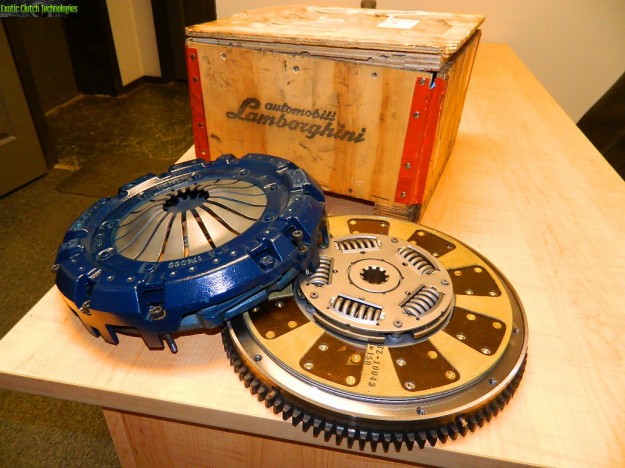 Finally, speaking of rotating masses once again, our heads are certainly spinning as we look at this last picture and try to figure out what the hell is going on. 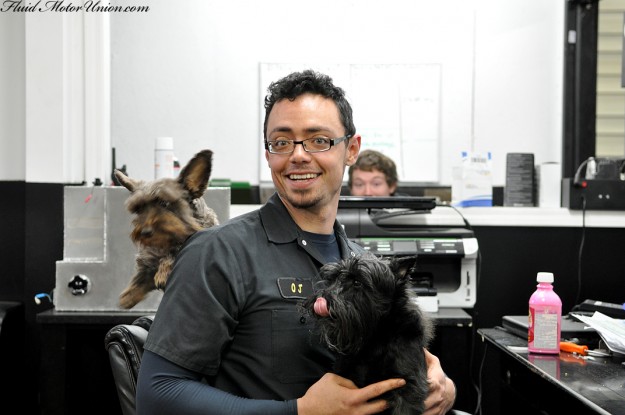 And with that, we’re off for another week! We’ll see you back here on Monday with more Murciélago content and our current fabrication projects, as well! Have a great weekend!