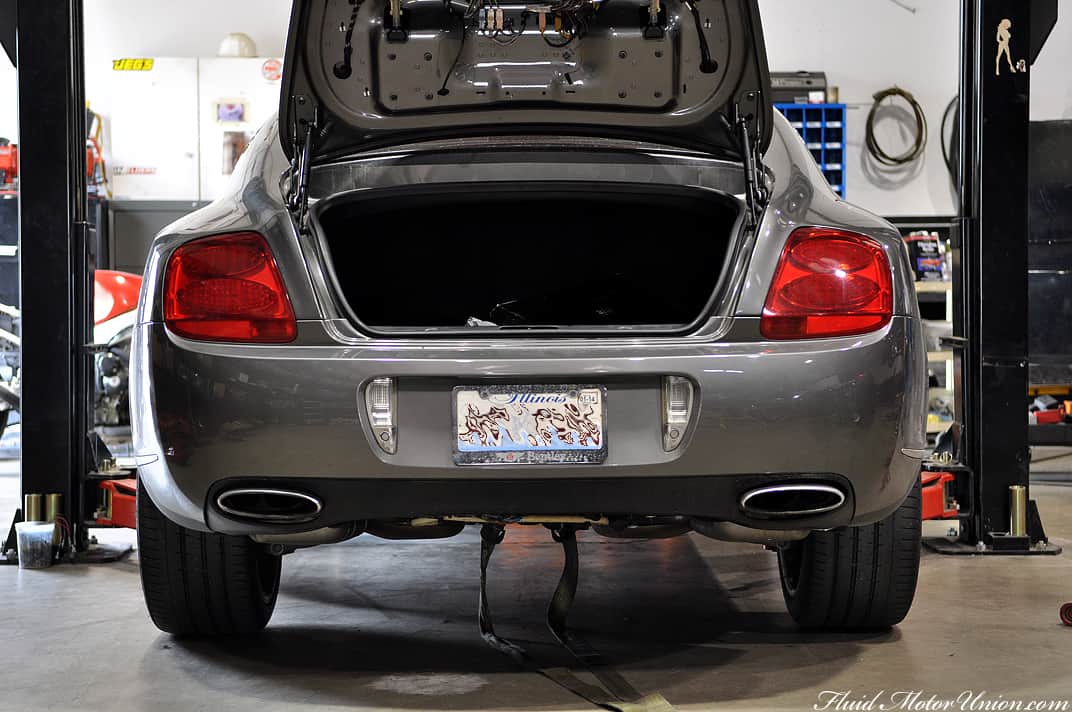 Today, we’ll be beginning our three-part look at the work surrounding the Bentley Continental GT Speed currently in our fabrication shop.

As we mentioned at the end of last week, typical service work won’t be the only thing we’re doing for Aneel’s GT Speed. In addition, we’ll be fabricating up a custom midsection, which includes deletion of the secondary catalytic converters and the addition of an X-pipe to merge the GT Speed’s exhaust banks. This will provide for a cleaner sound with extra aggression, as well as a bump in power that will be multiplied by the inclusion of a GIAC ECU tune. The first step with the both the tune and exhaust was to get the car on a lift, where we removed the ECUs to ship them out to GIAC. From there, we lifted the car upwards and removed the stock midsection, which came out in two pieces (remember, the stock exhaust has no X-pipe, balance tube or other way to merge the exhaust banks): 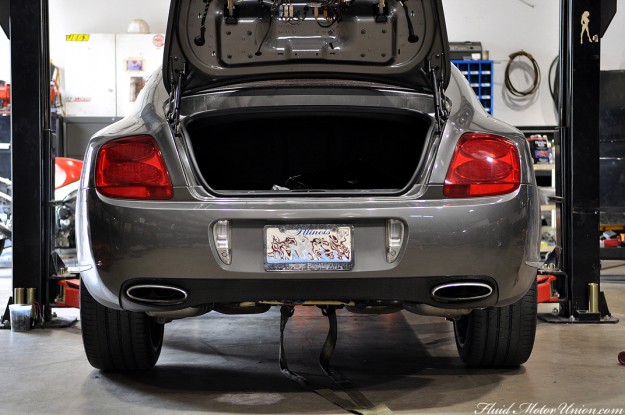 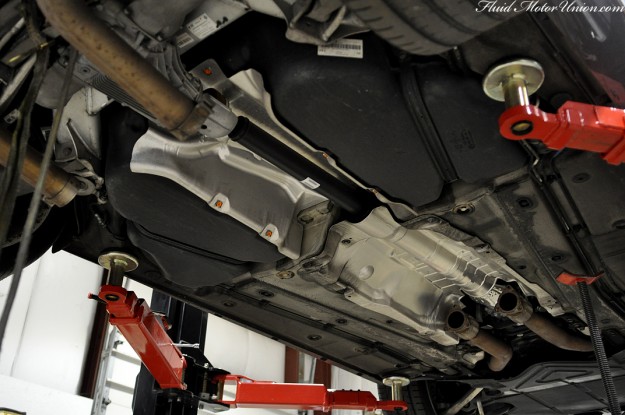 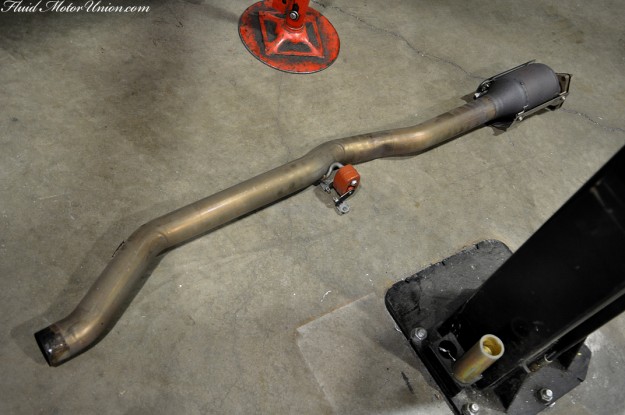 Since the new exhaust would need a set of flanges to connect to the existing OEM downpipes, we measured the flange and headed over to our CNC mill, where we cut two fresh new flange copies from our stainless steel blanks. 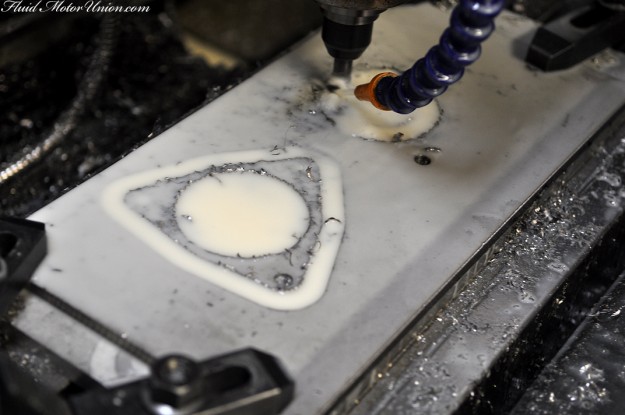 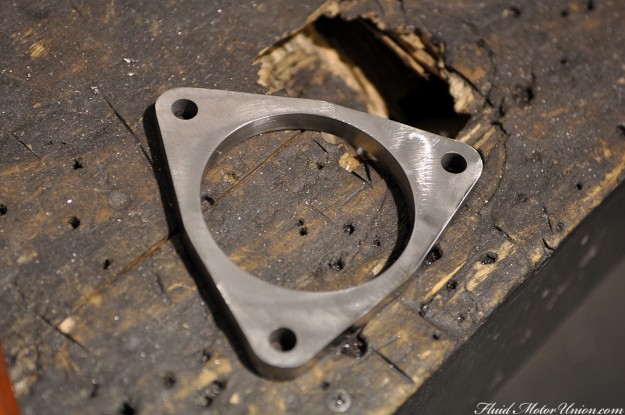 While the flanges were being cut, we began fabricating the exhaust from the rear, as it’s only a slip-on connection at the back which doesn’t require new flanges to be cut. Our goal, as with every other exhaust we make, is to minimize unnecessary bending. So, for the rear half of the midsection, the design is relatively simple, requiring two large straight sections of pipe, with one bend running out to the pipes that connect to the mufflers. Much like other exhaust systems, we start fitment checks by taping everything in place, then, when fitment looks spot on, we tack weld the pipes together. 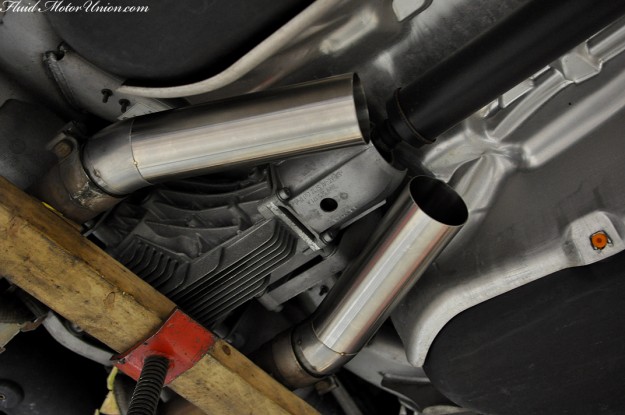 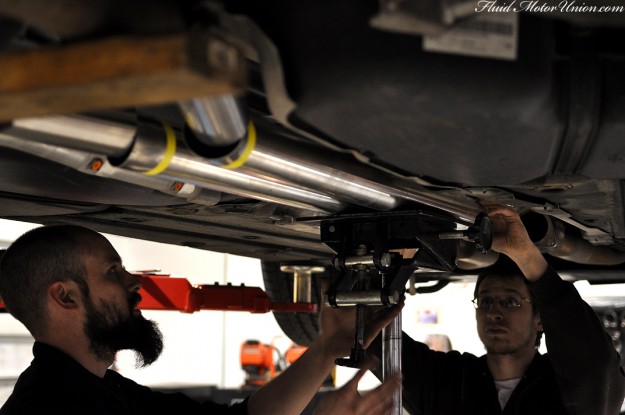 Once fitment has been finalized, we brought the rear halves of the midsection over to the welding table, where we laid down the final welds that will hold everything in place permanently. All our exhaust welds are fully backpurged with inert gas, allowing for a clean flow that doesn’t intrude on the power or sound characteristics of smooth pipe. We don’t do all the welds at once, as unnecessary heat can cause the metal to move while welding, so we’ll lay a couple down, then allow it time to cool before welding once again. And, as you may assume, we’ve included an extra close-up shot of our welding. 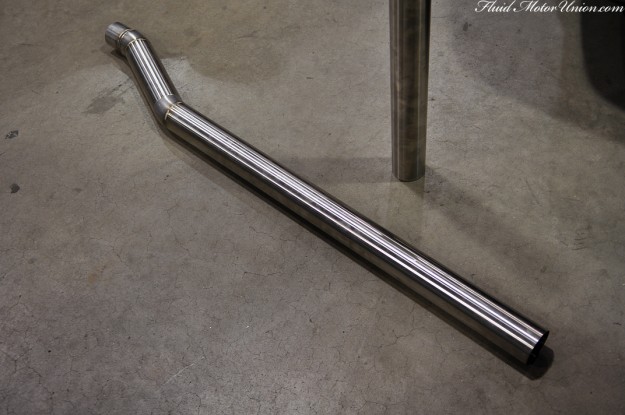 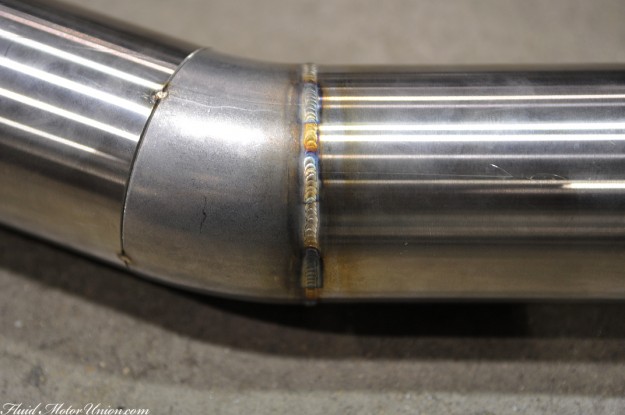 The rear half of the exhaust was relatively simple, consisting of two straight sections and two bends. So, for the first half of the midsection, we’re all done. However, that still leaves the X-pipe fabrication, as well as the hangers that hold everything in place. It might not be done just yet, but it’s already looking pretty darn good. 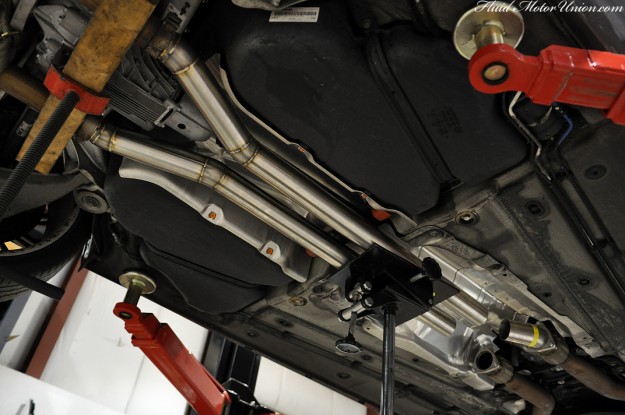 We’ll be covering the last half of the Bentley midsection tomorrow, so stick around and check out some of our other projects in the meantime! Have a great start to your week, and we’ll see you back here tomorrow!