It’s Friday. Despite what Rebecca Black says, do we *really* have to get down on Friday? Saturday’s pretty sweet, too, you know.

Either way, we’ve got ourselves a veritable litany of work happening all around the shop, as per usual. Today, as we’ve been known to do lately, we’ll be taking a look at some of the various things happening, both new and old. Starting with an FC-chassis RX7, which gave us more than just oil when we took the drain plug out. We’re pretty sure it’s not what it looks like, which is a mix of sand and that two-flavor Jello pudding they sell by the six pack, which means it’s most likely oil and coolant. Protip: Your oil should probably be a single color when you drain it. If not, you may need to make a couple phone calls. 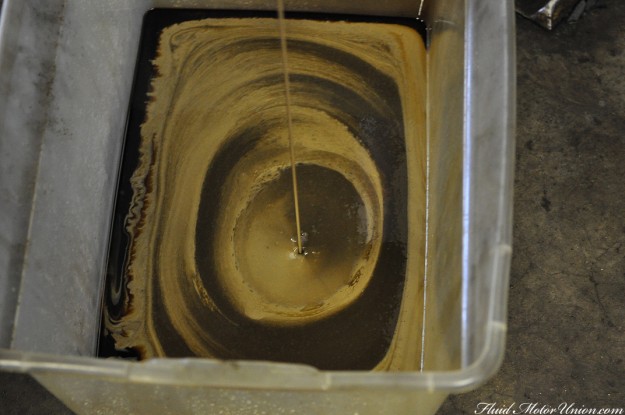 Next, we hop over to fab, as we’re just about done with the engine work on Perry’s 190E. A while back, we showed you a small FMU cutout that we planned to use later. Well, here it is in use, helping to direct coolant flow to both the radiator and the turbo. Once we get the valve cover back from the powdercoaters, we have to do the windage tray, and a few other small things. From there, it’ll be on the dyno as we get it ready to party, Fluid-style. If we didn’t capitalize the F in Fluid, that last sentence could be read in a very wrong way. 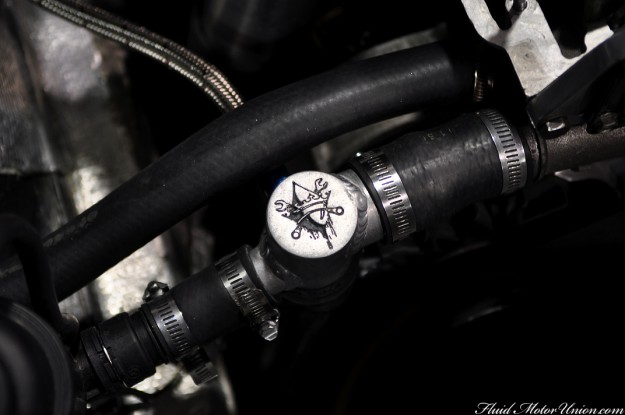 Over in service, we’ve finally received our special gift for the 335i as it awaits sale: 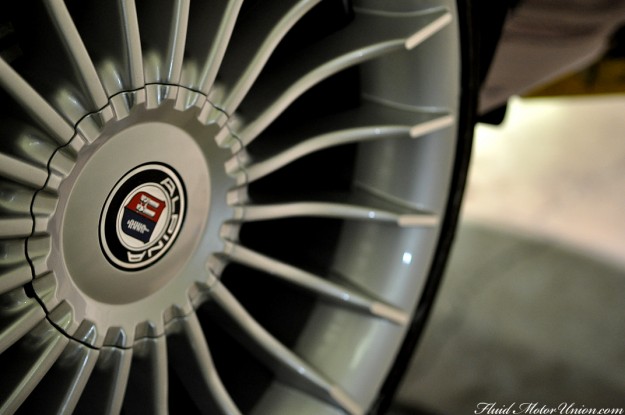 But we can’t show you the whole thing yet, as the front bumper is just now receiving a respray. We’re also taking the time to mold the Alpina lip to the bumper itself, and we’ll be shaving the sidemarkers, as well. It should be ready to slap on at the beginning of next week, and we’ll definitely grab some quality photos after that’s been done. 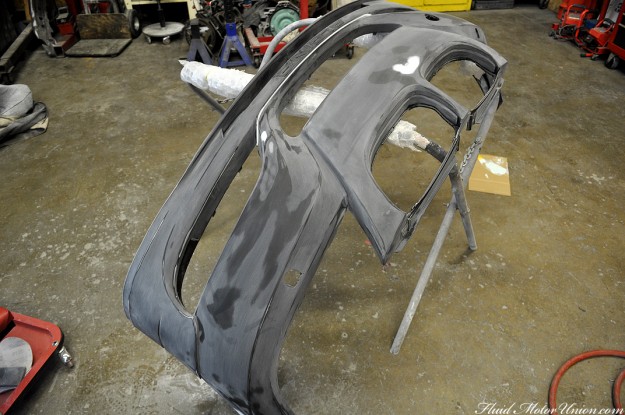 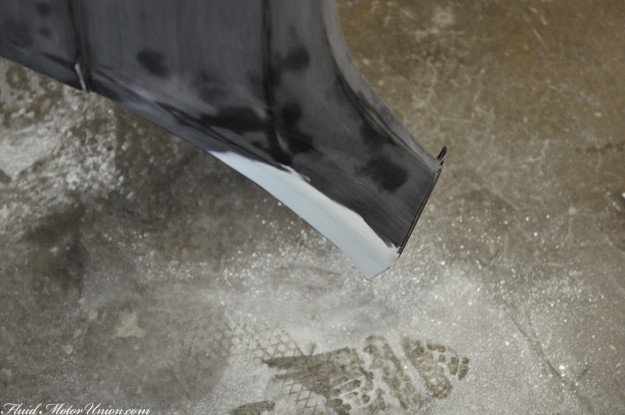 Finally, we get to the “What?!” portion of this blog post. This morning, we arrived at the shop to see an E46 M3 partially deconstructed, bringing with it more boxes than can be seen in your average episode of Hoarders. But this isn’t some well thought-out prank, this is the Project Flossman M3. Brought to us by the mysterious M by way of South Carolina, you can see a good amount of his self-provided build coverage on the StanceWorks blog by clicking this sentence here. As for what we’ll be doing to it, we’ll give you a dedicated blog post for that next week, but for now, get ready. If shit hasn’t already gotten real, it’s about to. 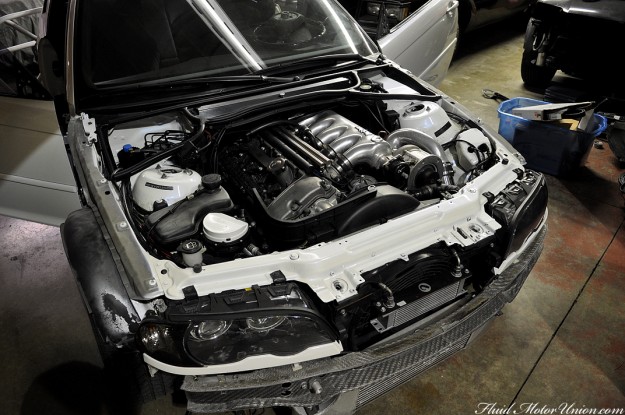 We’ll give you one teaser shot as to some of the items going on the car. Tell us how many parts for the M3 you see in this picture. Actually, we’ll tell you. Just one. But you probably looked for a second, right? Gotcha. 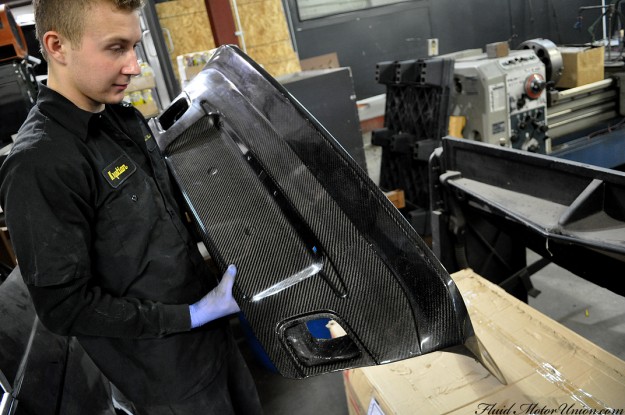 Have a great weekend! The snow has returned to Chicago after a fortnight of warm temperatures, so drive safely, as most commuters will have undoubtedly forgotten how to drive in the snow.