Posted at 14:40h in Blog by fluidmotorunion 0 Comments
0 Likes
Share

Today’s title is about as apt as it gets. The CL500, fresh out of the paint booth, will be going through a bit of cleaning-related maintenance.

When we last left the CL500, it was prepped for the final layers of paint and clearcoat. Well, shortly thereafter, Vern finished laying down both the silver and the clearcoat, and it was brought out to be buffed to a sparkling finish. 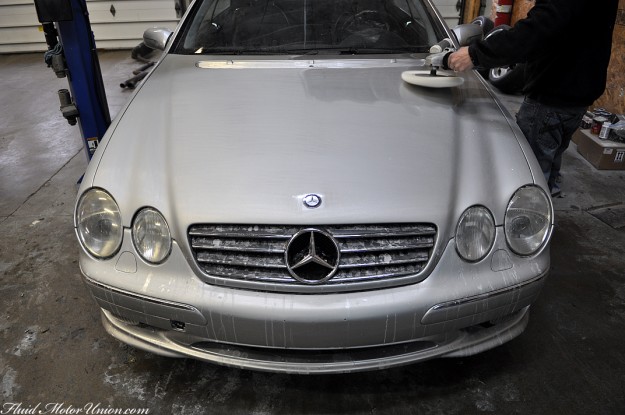 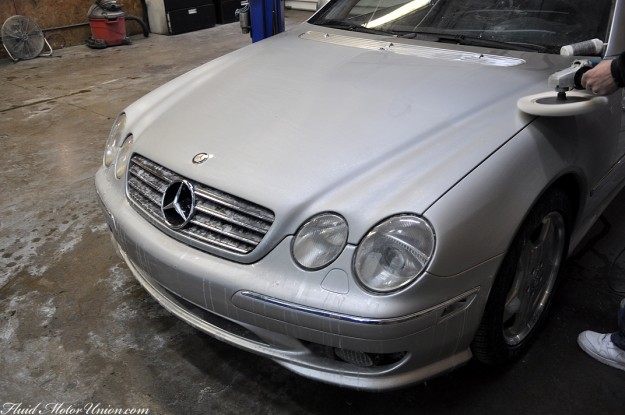 After a little more TLC, she’s clean enough to eat off. Well, actually, we don’t ever recommend eating off a freshly painted surface, or any vehicular surface for that matter. But the point stands — it’s looking way, way better than how it looked when it rolled into the shop. Between the front end and the refreshed wheels, it looks nearly brand new. 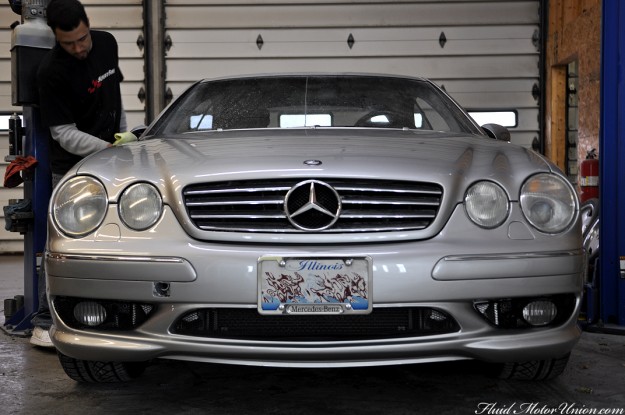 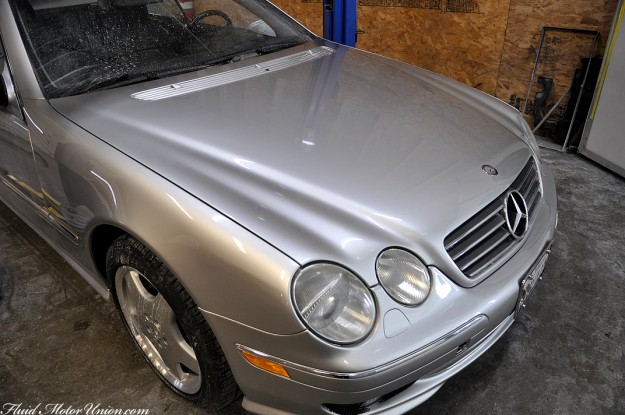 Now that we have it looking new, it’s time to have it running like new, as well. The second we removed the valve covers, we knew we’d be in for a bit of spring cleaning on this CL. 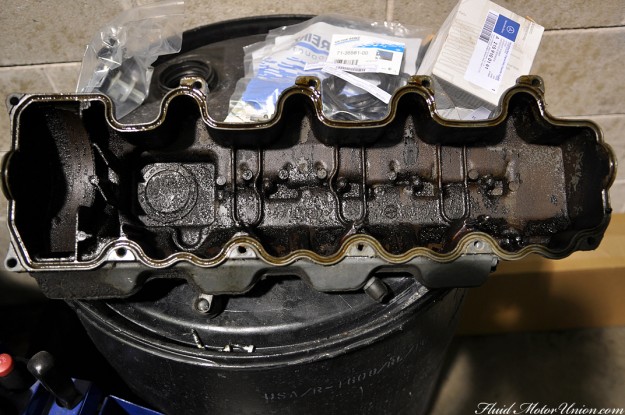 Engine sludge is not a fun little guy to deal with. If left unchecked for long enough, it can cause issues up to and including engine failure. Thankfully, we caught it early enough, but the valvetrain was still covered in a fair bit of sludge. There are two main factors that can cause buildup of this nature: first, putting off oil changes beyond a certain mileage can cause the contaminants within the old oil to start collecting in the head; second, excessive idling can cause some fuel to sneak past the piston rings (which don’t seat fully, compared to when the motor is under load) and mix with the oil. Both of those situations in tandem can create a rather nasty mess. Thankfully, this isn’t our first sludge rodeo, so after some deep cleaning we were able to see the valvetrain a bit more clearly. 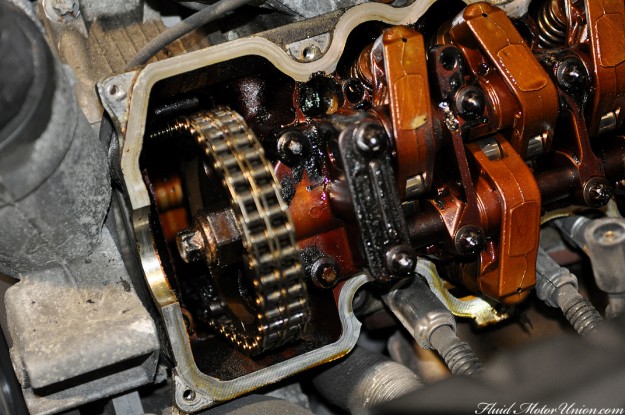 The engine is much better now, and we’re recommending shorter oil changes for a while to help it, but it took a fair bit of sludge removal to get it to that point. As you can see from the two rags below, we had to remove a fair deal of buildup. Anybody here a fan of extra-chunky peanut butter? 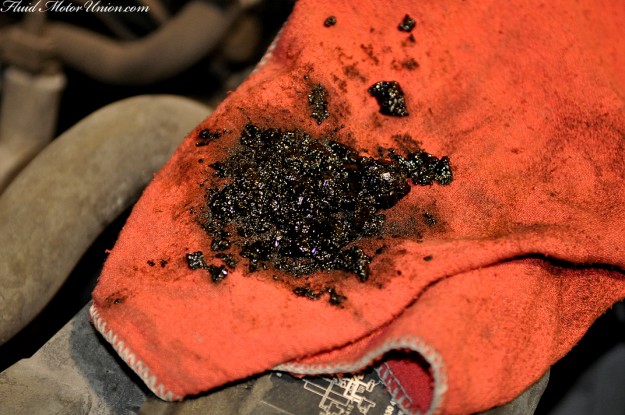 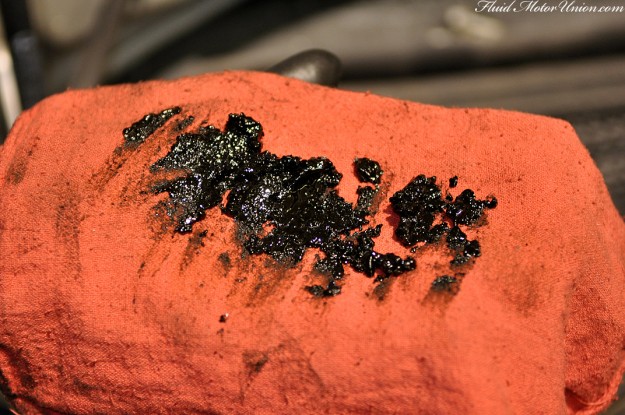 Finally, on a non-Mercedes note, we had a Jaguar in the shop yesterday for a heater box replacement. Much like the oft-feared heater core, it required a massive disassembly of the dashboard. While it may seem a bit scary, it’s no different than the other parts of the car — screws, clips and bolts. There’s just a lot of them. 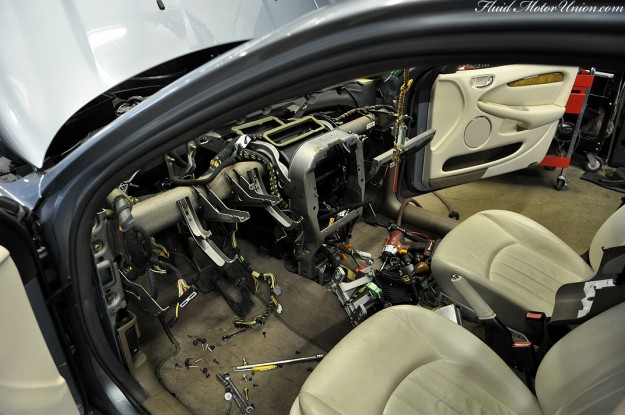 Thanks for reading, and we’ll see you back here tomorrow for some showcasing of our favorite pastime – exhaust fabrication!