Now that we’re all sober and cheery, we figured we’d include some better shots of John’s C32. He brought the car by the shop after World of Wheels, and we were able to spend a bit more time taking pictures of it this time around. The matte white still looks spectacular, and while not everybody may agree with the black stripe on the hood, roof and trunk, it’s still an incredible improvement over the stock paint job. Oftentimes, a vinyl job will be cheaper and easier to maintain than a paint job. And if you don’t like it in a month, rip it off with your own hands and get another one! For those who like to change their minds (and have the funds available to do so), this is just as good as a paint job. Even the Mercedes logo on the hood looks pretty boss after getting wrapped. 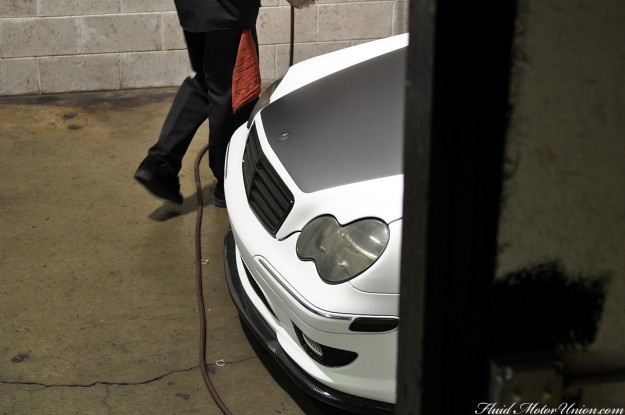 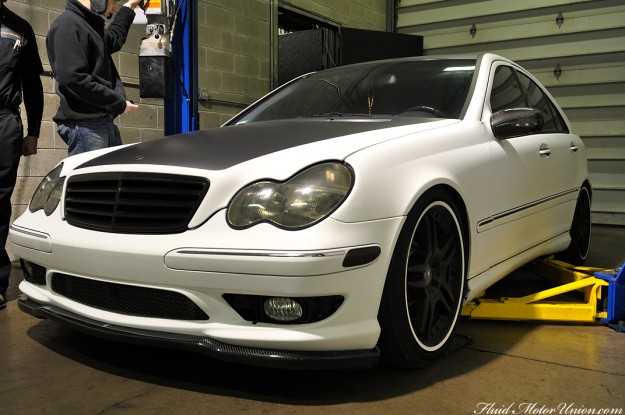 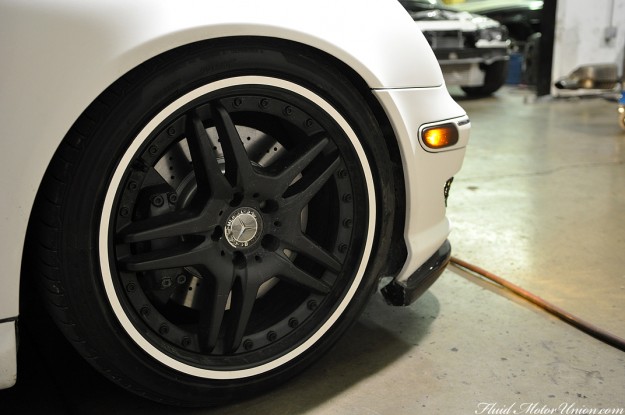 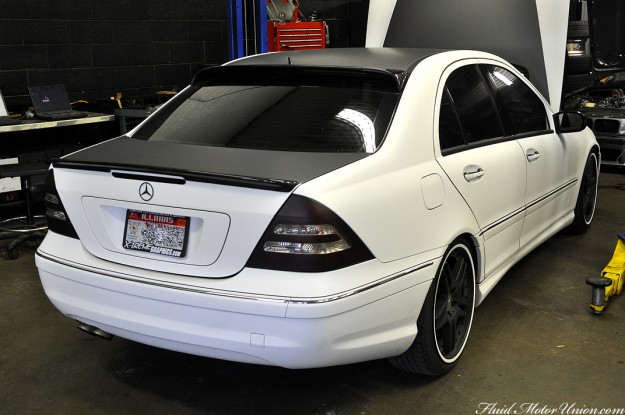 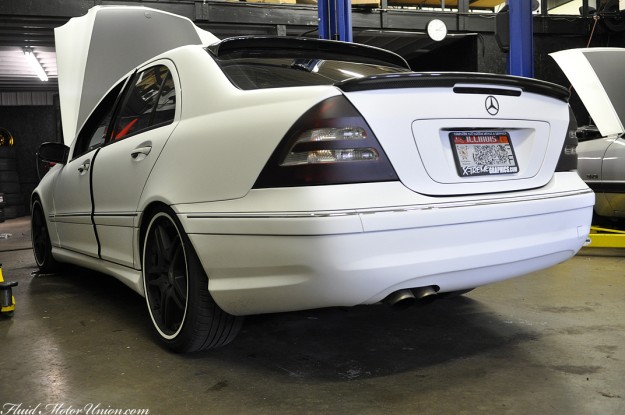 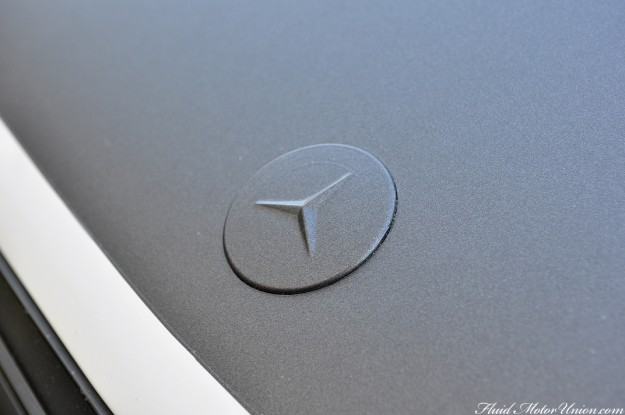 In other repeat offender news, we just can’t keep Tom away from his personal Z32 build, which he tends to for a few hours a week after work is over. Today, he’s finally mounted the turbo in a spot — hopefully the spot he plans to mount it, otherwise, that would just be foolish. He’s also created…something, which from what we can gather is some sort of tent meant to cover the holes underneath. Nice hole-tent there, Tom. 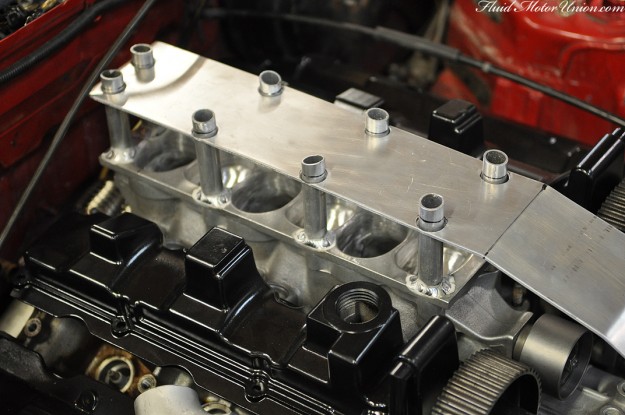 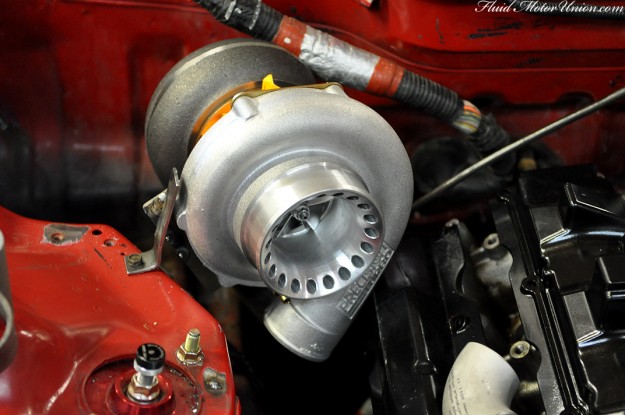 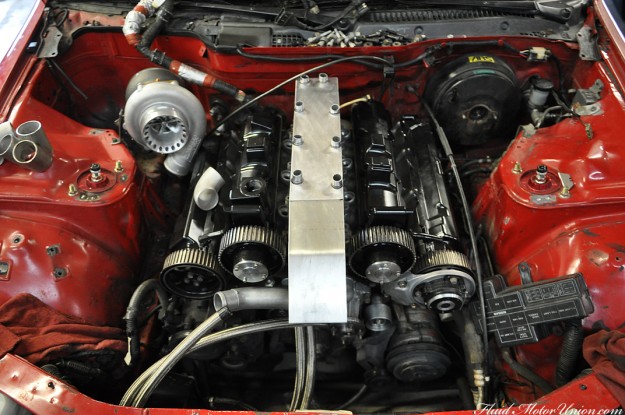 Enjoy the weather while it’s here!