Out of the Ordinary

27 Feb Out of the Ordinary

Posted at 12:06h in Blog by fluidmotorunion 0 Comments
0 Likes
Share

Today, we’ll be taking a look at a couple jobs in our service department that are a bit…out of the ordinary.

The first one rolled into the shop earlier this week. Well, it didn’t roll so much as hobble off a tow truck. The tow truck left this disabled pickup (which was unable to roll by itself) outside, so we had to use the air-powered floor jack to lift up the problematic corner of the truck and slowly (very slowly) bring it into the shop. Already, you can tell something is up; after all, trucks aren’t supposed to have camber like that. 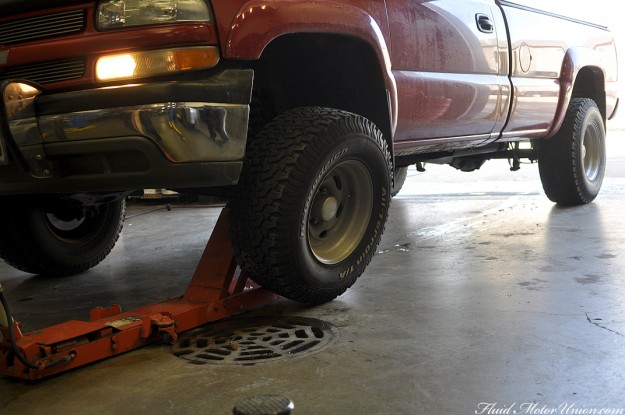 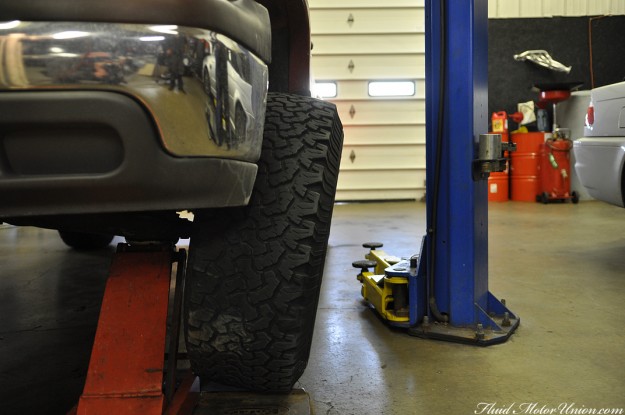 Upon removing the floor jack and placing the truck on our service lift, the problem looked even worse. The only car that should have wheel geometry like this is the flight-capable DeLorean from the Back to the Future series. 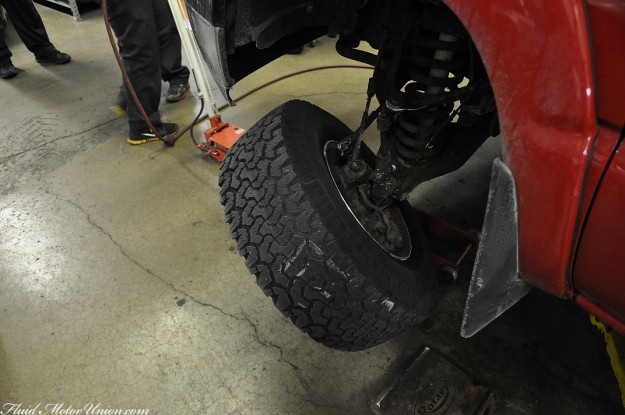 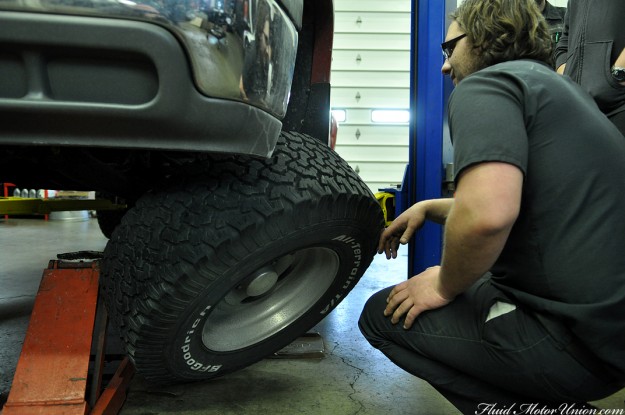 The issue, while looking rather catastrophic, is actually pretty simple. The ball joint — a suspension component that helps hold the steering knuckle in the correct vertical orientation — failed completely, and as a result the wheel looks like this. Obviously, this sort of extreme suspension failure isn’t common, but should your trusted mechanic ever tell you that your ball joints are weakening, you should do everything in your power to get them replaced ASAP. Otherwise, you might suffer a failure of this proportion on the road, which doesn’t turn out well for anybody. 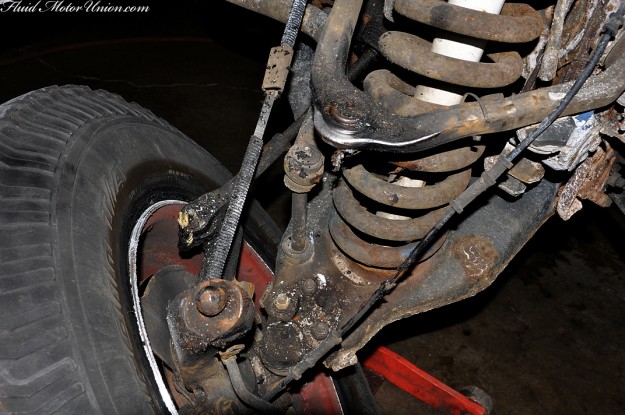 In another weird, out of the ordinary situation, one of our employees had to tow in his wife’s Chevy Trailblazer. Apparently, the mild winter has left several squirrels in his neighborhood rather hungry. Instead of looking for, you know, actual food, these fluffy rodents chose to indulge in a very acquired taste — the Trailblazer’s battery box. Tasty. 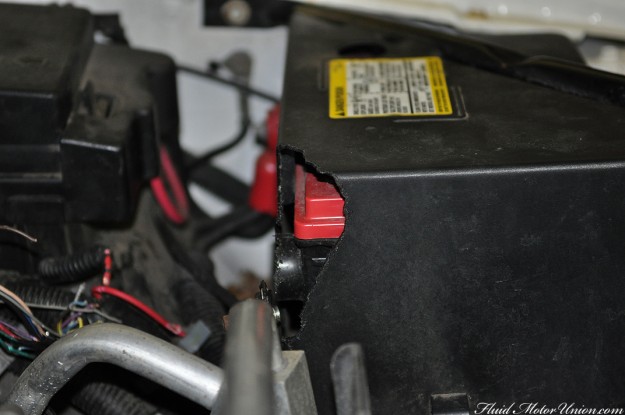 But they didn’t stop there. Oh, no, these little guys were hungry. So hungry, in fact, that they turned their attention to nearby wiring harnesses. They practically ate through one entire large connector, followed by a couple smaller ones near the valve covers. We’re not sure how wires taste, but to squirrels, evidently they’re a delicacy. 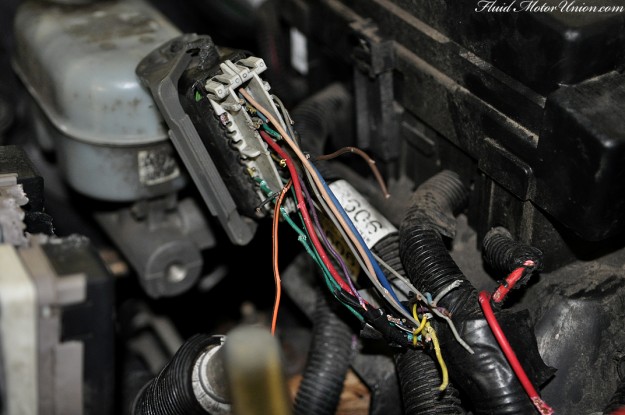 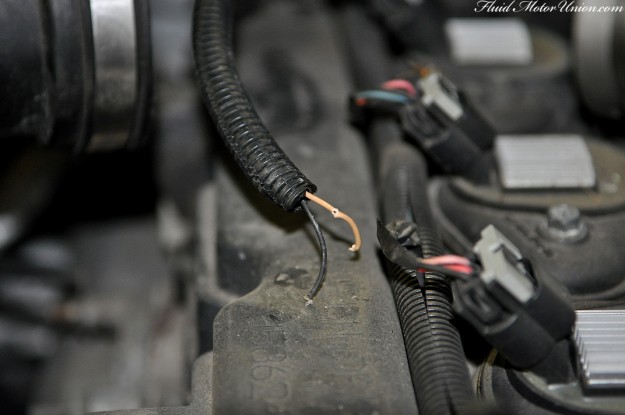 It’s going to take a lot of rewiring, but thankfully the connectors themselves are still in working order. So, after a fair bit of soldering and triple-checking to make sure we found every eaten wire, the Trailblazer will be back to running condition in no time. 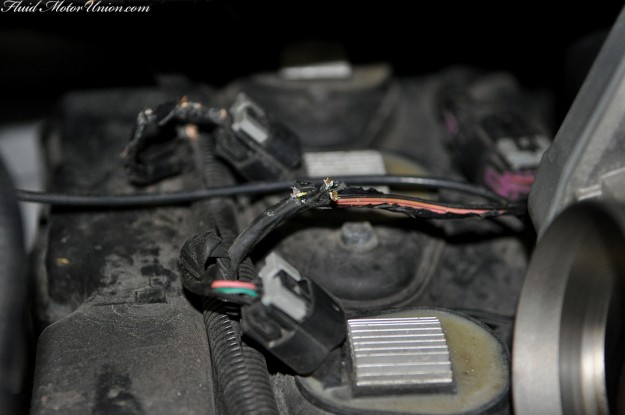 Finally, this one might be out of the ordinary when placed next to the other things in this post, but for us it’s slowly becoming the norm in fabrication. The Arancio Borealis Lamborghini Gallardo’s custom straight pipes are finished and installed on the vehicle. Our next step is to toss it on the dyno and verify that the car is still running perfectly and that the exhaust has enhanced the power output. After running it last night, we can confirm both of those postulations. We should have video for you later this week, as many of you are quite excited to hear it. Nothing compares to standing next to it, though. It’s loud, raw and beautiful. And we can’t wait to share it with you. 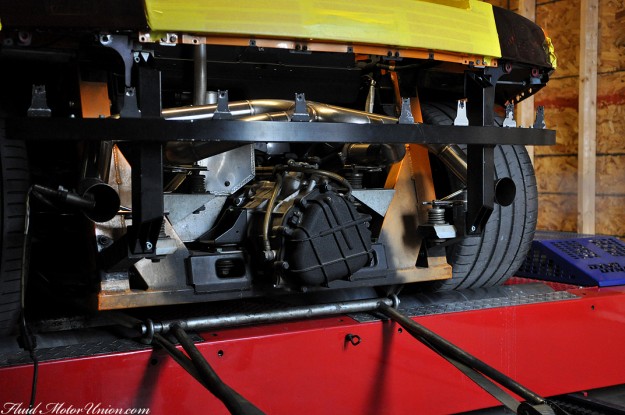 Have a great day, and we’ll see you right back here tomorrow!