One Size Does Not Fit All

19 Mar One Size Does Not Fit All

Today, we’ve got two jobs of completely different scopes — one rather large, and one rather small. Not every job is the same, after all.

First up is a customer’s Z3 Roadster. He called in to Fluid MotorUnion, asking if we could take a look at his rear differential mount, which he believed to be worn and needing replacement. Once we got the car up in the air, however… 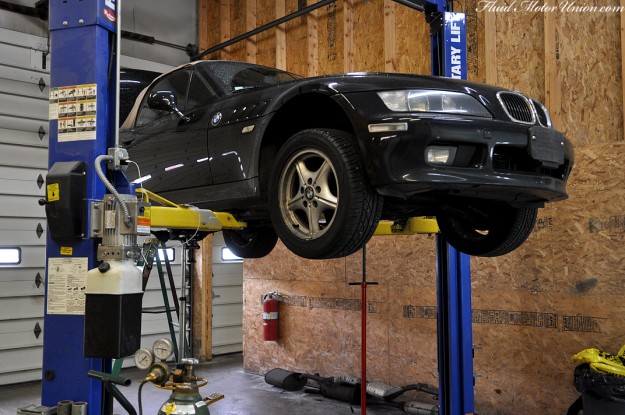 …The situation went downhill quickly. The first thing we noticed was the complete separation of the differential mounting bracket and the trunk’s sheet metal floor, two parts that are normally welded together. The bracket, still bolted to the differential, had sheared itself completely from the body. 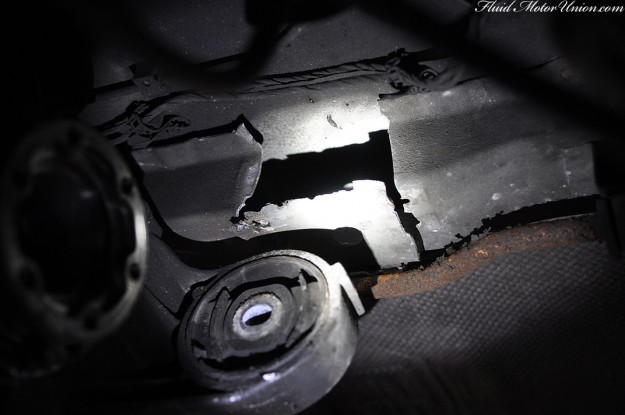 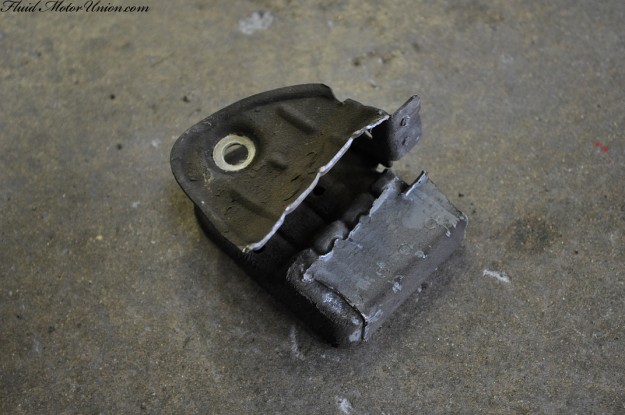 We removed the differential from underneath the car to get a better view, and the damage is fairly extensive, but repairable nonetheless. As you can see from the two pictures below, one side of that trunk floor crossmember is completely missing, and the other side is still hanging on, albeit barely. BMW doesn’t sell the crossmember by itself — just the whole trunk floor — so in the interest of doing the job right but still saving the customer from a $4,000+ job, we have a different plan. We’ll be rebuilding the crossmember and adding 1/8″ steel reinforcement plates to the inner section of the crossmember, strengthening the mounting point and hopefully preventing this from ever happening again. It’s much like Turner’s subframe reinforcement kit for the E46 M3, just significantly less common, seeing as how extenuating circumstances caused this issue. It even ripped out a couple other spot welds from the sheet metal (shown in the second picture below as the larger circles). 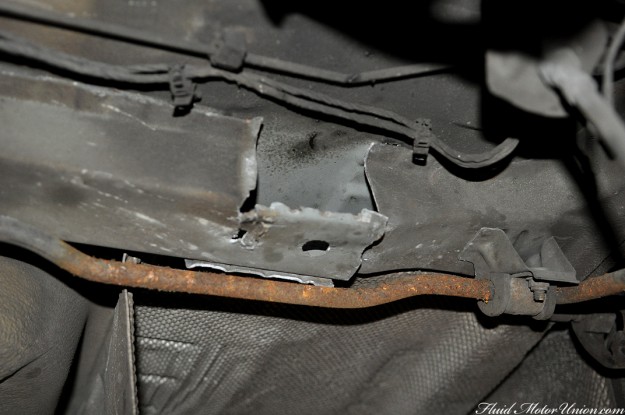 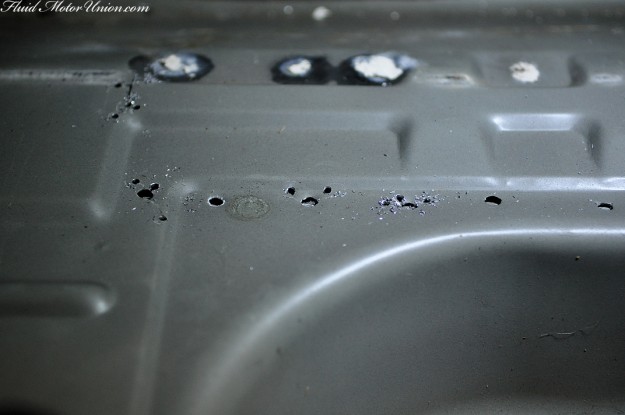 We believe the circumstance that led to this motoring malady was an accident at the rear of the vehicle, mostly due to the damage evident on the back side of the rear differential. The cast fins on the differential cover itself are broken in a couple different spots, and the diff’s drain bolt is also missing part of itself. So the hit was hard enough to cause a bit of damage, and that push forward caused the metal to pop its spot welds and shear off the body. We’ll have more on the repair in an upcoming blog post. 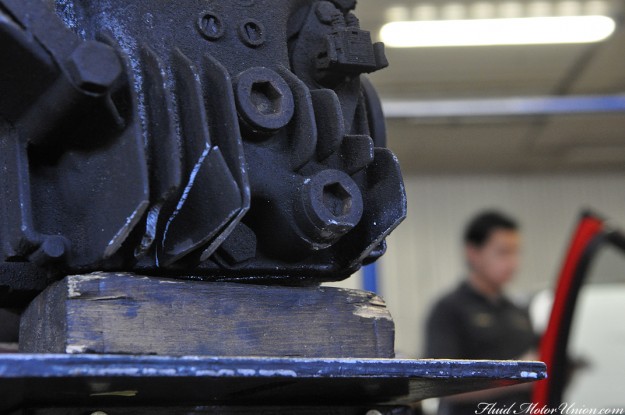 In the small-job news, remember that Range Rover that we swapped an engine into? Well, it’s now become Marilynn’s car, replacing the nearly vintage Ford Explorer that’s been put through its paces several times over. With the smooth-running new engine installed, it definitely adds some serious presence parked out front of the shop. 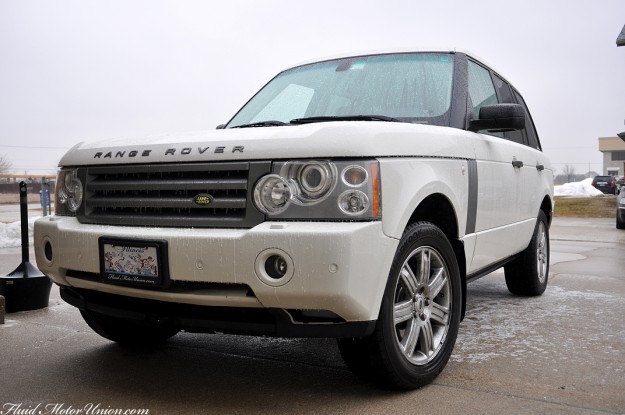 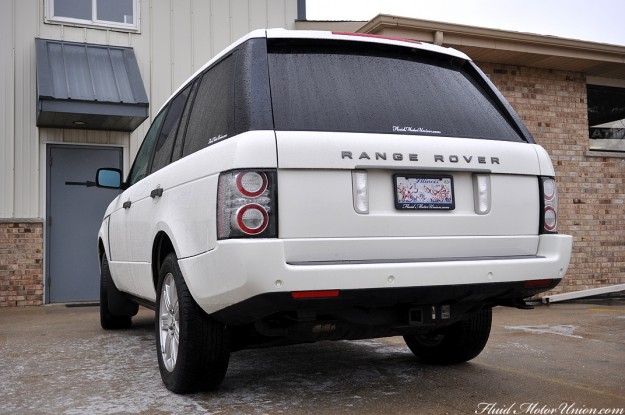 It’s a pre-2012 model, so in order to give the Range Rover a bit of an aesthetic refresh, we’ve since retrofitted the 2012 tail lamps to the back end. The next step, which will involve a bit more work than the rear, is to retrofit the 2012 headlights, which look much nicer, and should be landing on our doorstep sometime soon. As was the case with Marilynn’s M45, you know we probably can’t leave this in stock form for too long, so keep your eyes peeled for some interesting ideas we’ve got floating around. 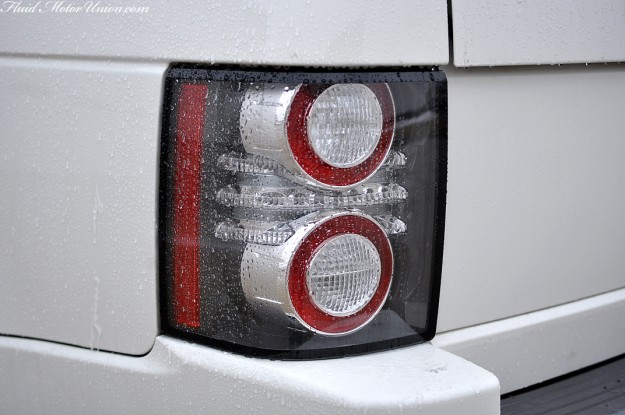 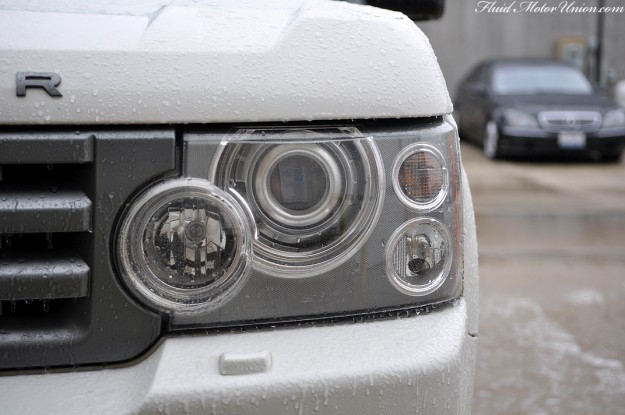