First up, we’re back in the fabrication department after what turned out to be a very exhausting weekend. That didn’t stop us from getting right back into the thick of things, though, so we were determined the finish the WRX LSx’s custom long-tube headers. With the runners all welded into place on the manifold flanges, it was time to finish the bottom end of the headers. In order to keep the flow as laminar as possible inside the tubes, we made a bullet merge to put between the pipes inside the collector. This helps to better route the flow of exhaust gas, keeping power from being lost to turbulence. Here’s a quick shot of the bullet merge, independent of the headers: 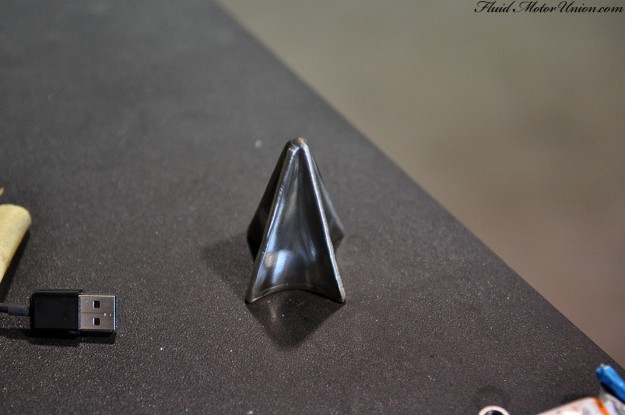 After some quick welding, we had it on. 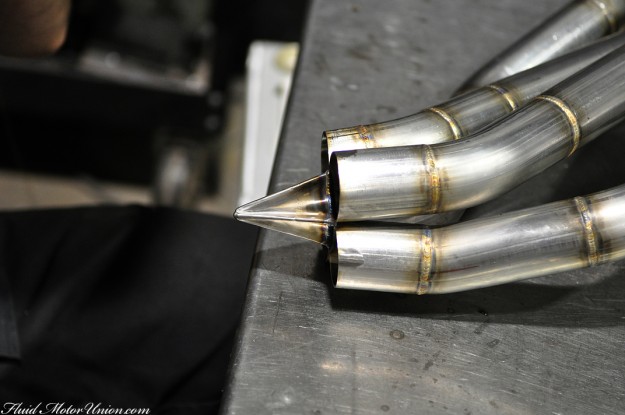 From there, we hoisted the headers back up into the engine bay, where we would tack on the merge collectors and make sure they’re oriented in the correct position. The merge collector itself is the piece that’s welded on to the end of the header, and helps to channel the exhaust gas flow from four individual runners into one single exit. Making sure the collector’s angle is proper, ensures that we won’t have to create extraneous bends in the exhaust itself, which will sacrifice power. 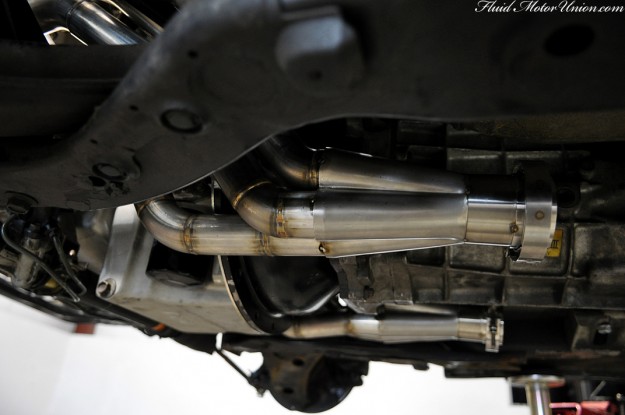 About halfway through welding the collectors on, we set them aside to cool. Once they got down to a better temperature, we finished off the welds, and now we’re just about set to work on everything else that’s left with the build. Since the new rear subframe that came with the car has a bit of fitment issues, you might be seeing a few more interesting fabrication projects coming your way soon. 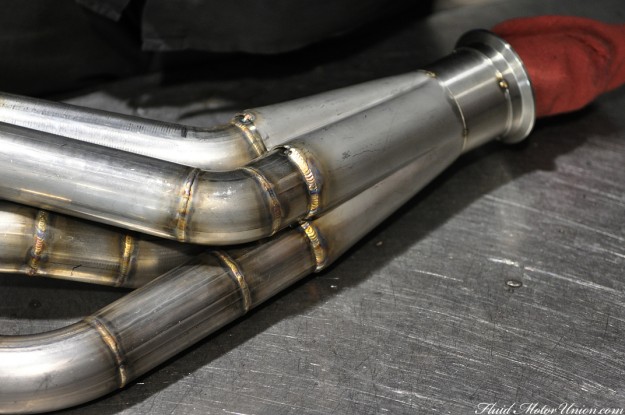 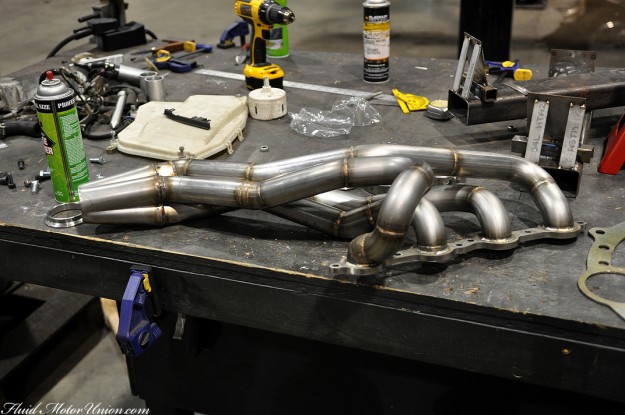 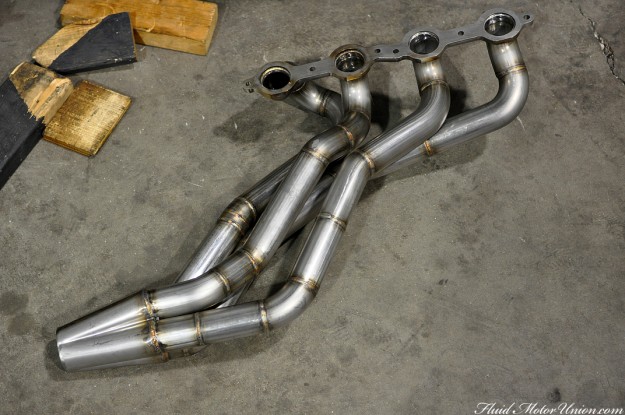 Over on the other side of fabrication, the Accent is nearing completion. If you remember that hole we cut into the bumper just before Eurowerks, we’ve finally found a use for it. If you haven’t guessed by now, it’s Dan’s new exhaust exit. Merges, exits, get it? We’re just so bloody clever. But, we digress; here’s a quick shot of Dan’s exhaust rear section in its final location. 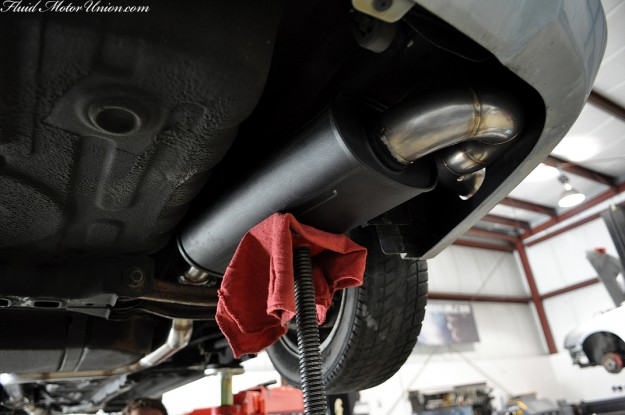 As you may have also guessed, these pipes don’t just magically fuse themselves together. It takes elbow grease (not literally), some argon, electricity and a couple other items. In other words, it takes some TIG welding. Which, as you know, we tend to photograph extensively. Here’s a taste, as we’re saving the rest for the Accent’s final post. 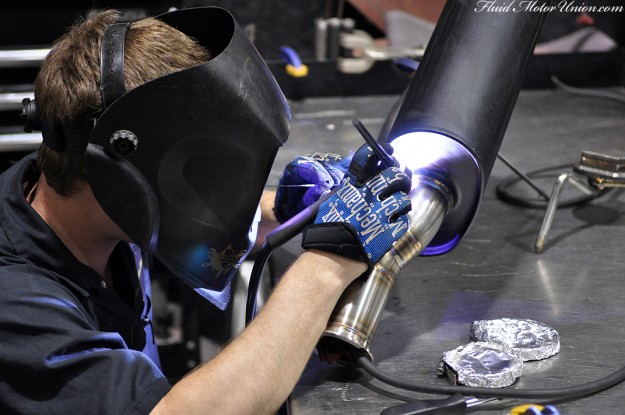 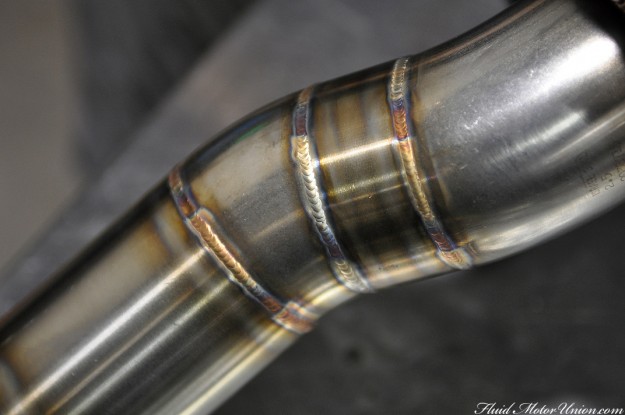 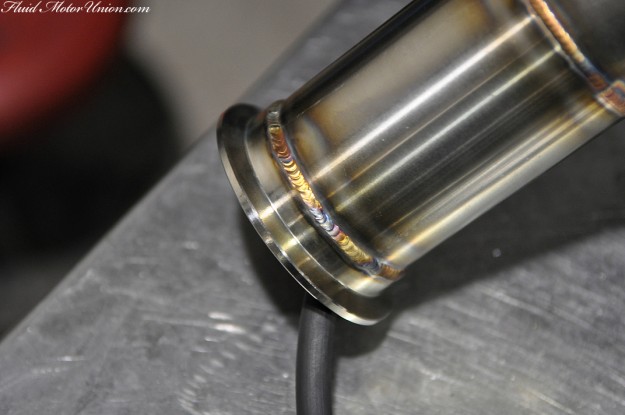 We’re almost to the end with Dan’s Accent. But if you know us, you know we won’t be finished when it’s just an exhaust pipe hanging out of a bumper. Nope, not at all. Get ready for the stunning conclusion of this series very soon! 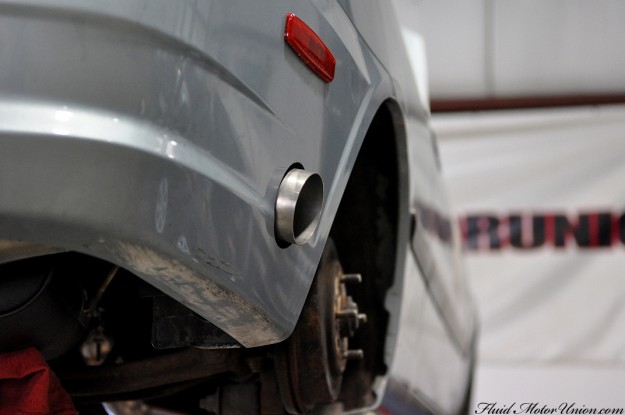