This past weekend, some of Germany’s most wicked whips were assembled at the shop, and of course we grabbed some pictures.

With George’s C63 AMG on the dyno for its custom tune (47 horsepower to the wheels and still growing!), we were currently in possession of 4 AMGs on the same lot, which may have been a first for us. But that didn’t matter, because then a SLK55 showed up, and a record was broken. Five examples of fine European motoring, clad in silver, black and more silver, all in one location. Perhaps it was serendipity. Or perhaps we just need to move on to the blog post at this point. Yes, let’s do that. 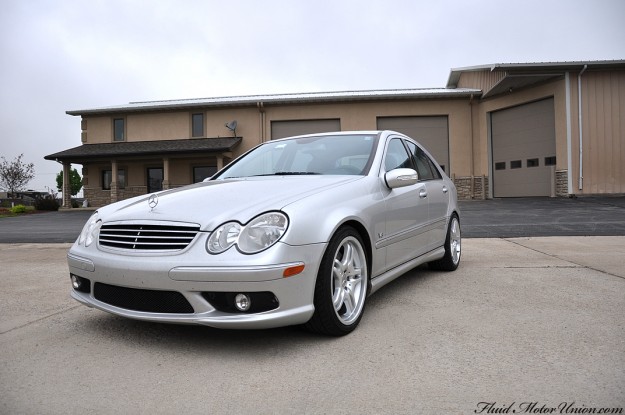 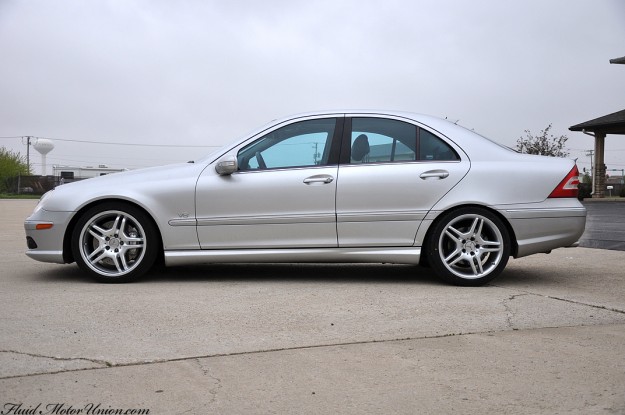 Anthony’s C55 was first up in the shop. Having already received some wider stock wheels and a 1″ front drop, it went about receiving a custom W204 C-class paddle-shifter retrofit. We’re sure you can guess how that went: 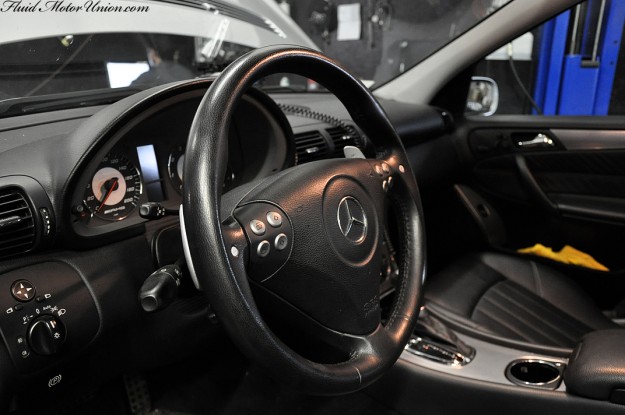 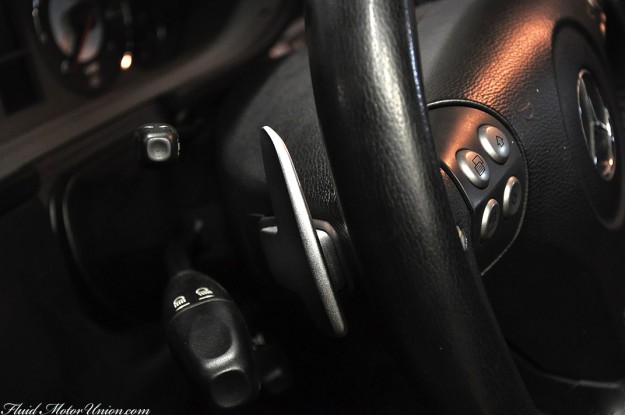 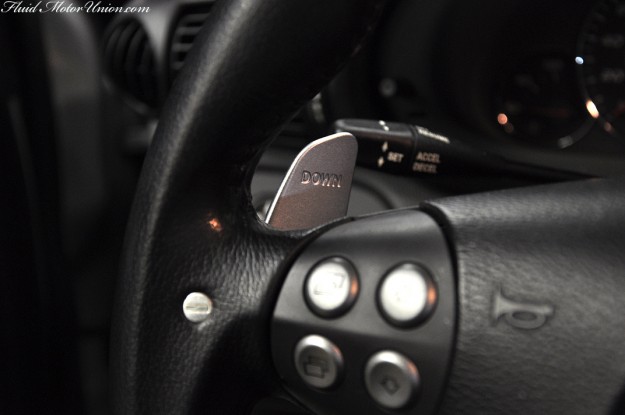 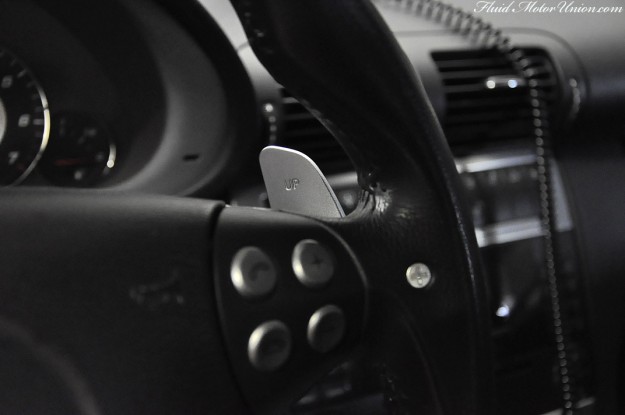 Next was the SLK55 that arrived Saturday morning; it had a Supersprint X-pipe that needed attaching. So, we attached it: 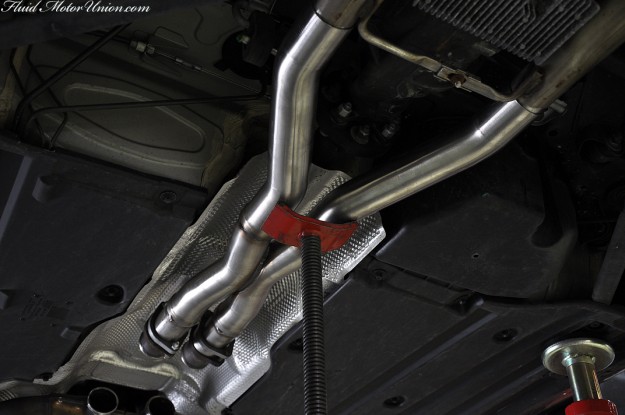 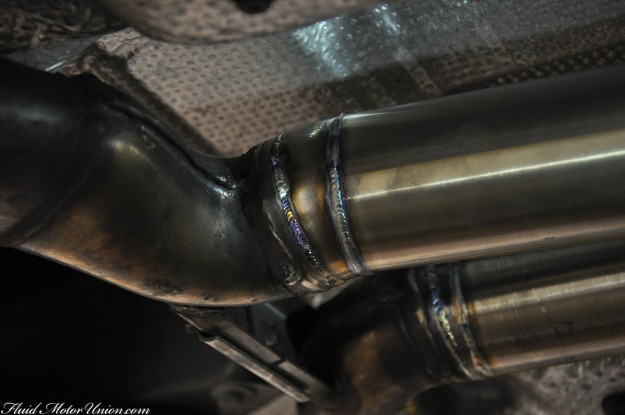 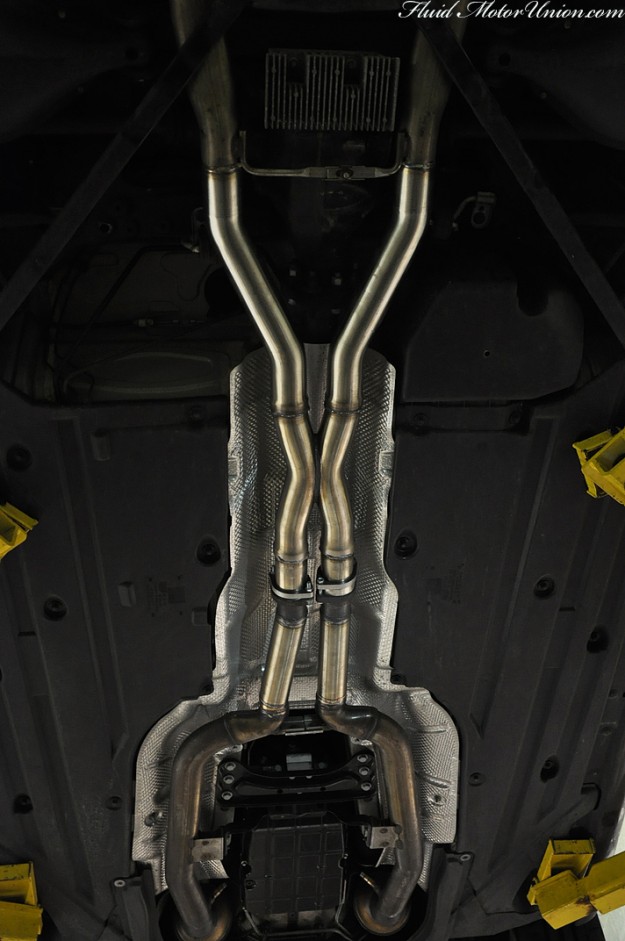 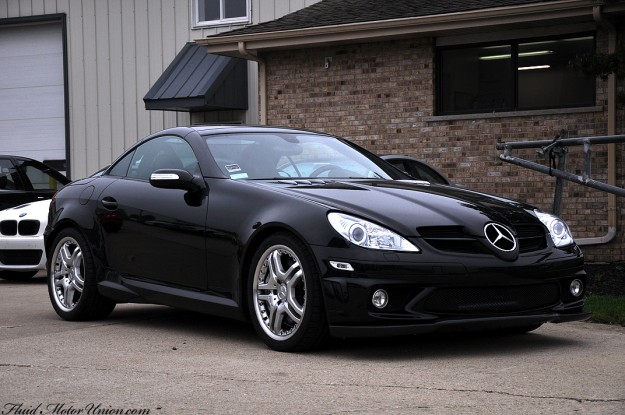 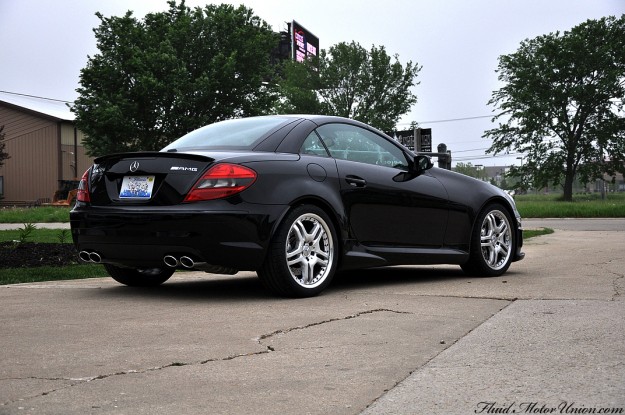 Finally, to celebrate having 5 AMGs at once on the premises, we decided to arrange them all artsy-like and take a couple photos. Only a couple, though, as we had to get back to work. And we’re still chugging along as we speak. 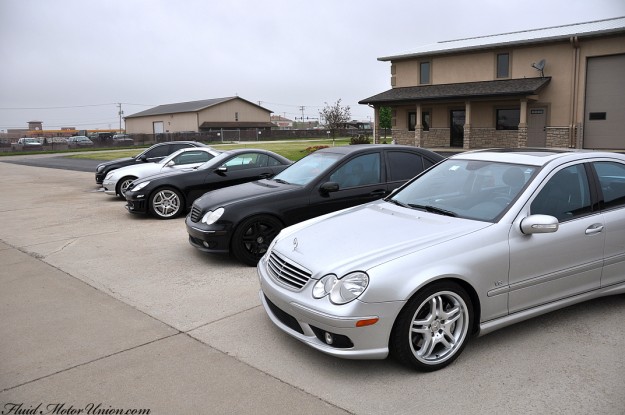 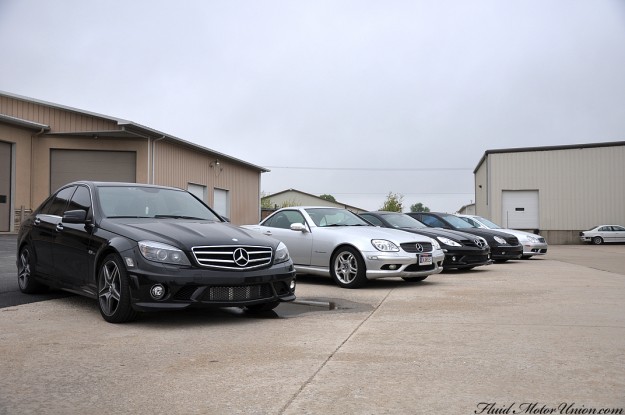 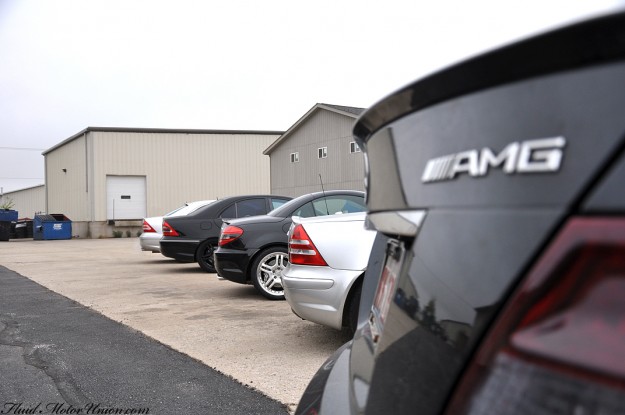