Sometimes, you just have to work with what you have, adjusting as you go.

Such is the case with this WRX LSx swap. The mounts that were given to us with the vehicle and donor motor weren’t necessarily fitting the best. The engine was far too low when actually connected to the mounts — so low, in fact, that the oil pan was resting on the mount assembly’s cross beam! And it still wouldn’t connect to the mounts! You can see that in the image below — take a look at the mounts, then at the pins that are supposed to go into the mount. That engine position is where it should be, so obviously something needs a bit of adjustment. 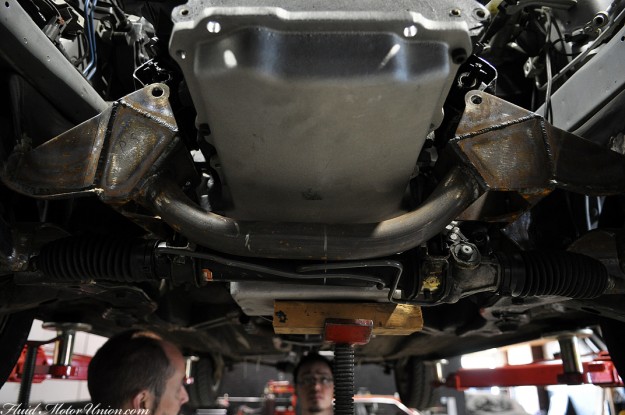 So the first thing we did was chop off the top pieces of the motor mounts. 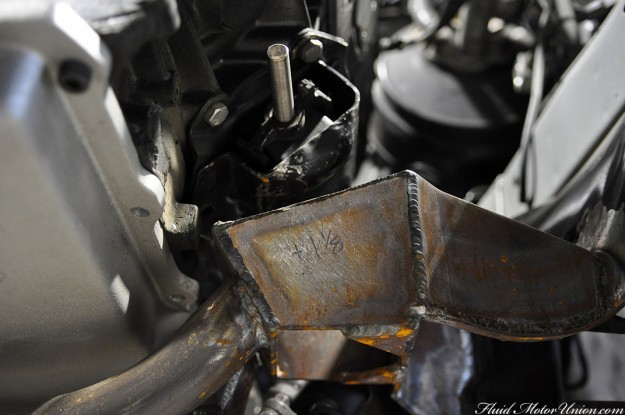 From there, a quick engine removal was required to gain unfettered access to the mount assembly. 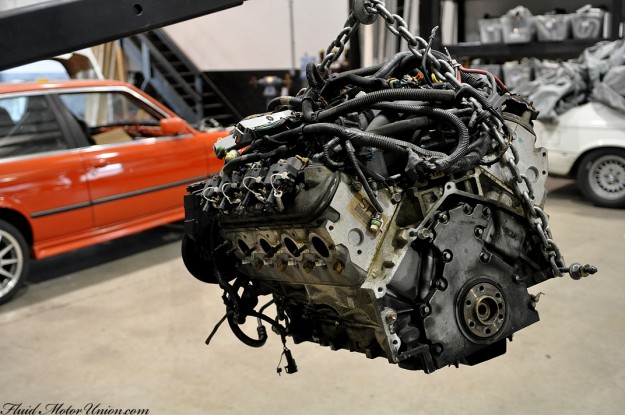 With the engine out, we measured what size of piece would be necessary to make the optimal mount. We cut a piece from our supply of steel with the plasma cutter, prettied up the edges and tacked them into place to see if they’d work while we slowly lowered in the motor on a crane to mock up fitment. 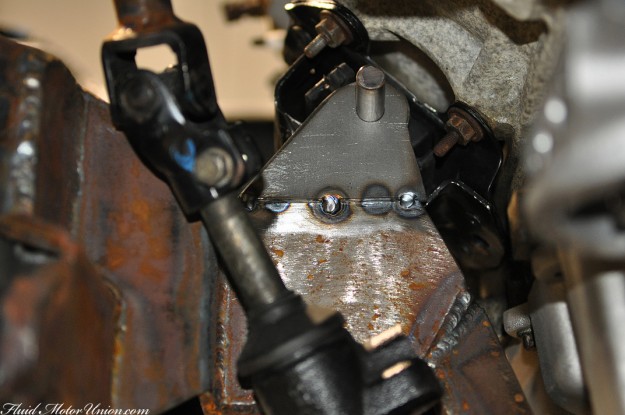 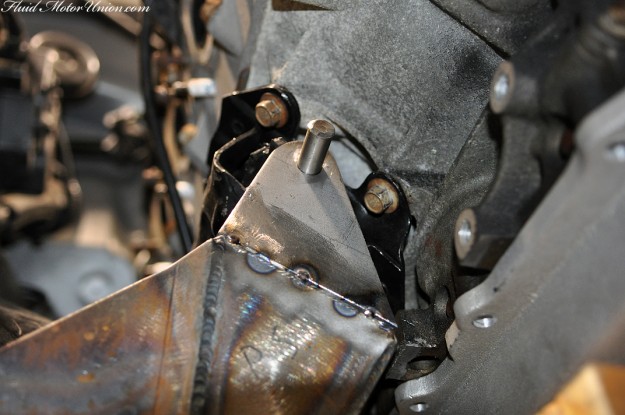 Spot on. So we welded them, since tacked metal does not really serve as a great motor mount. 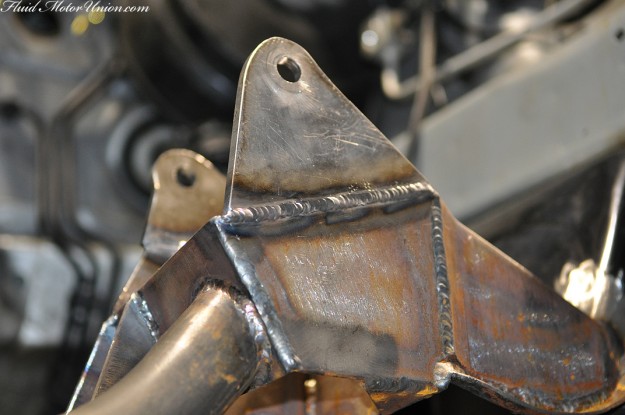 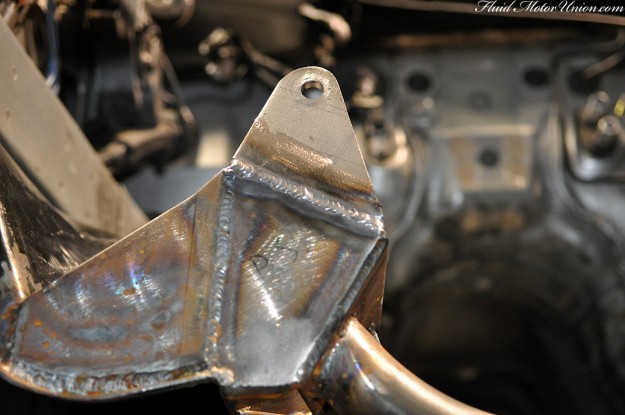 And now the LSx is sitting exactly where we want it in the engine bay. We can smack that checkmark onto the list. 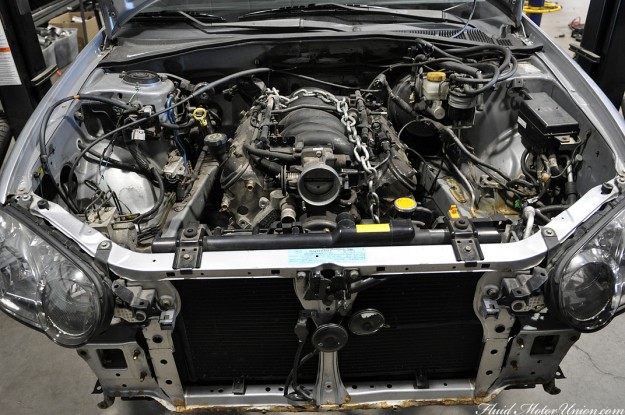 Next is the matter of the transmission. After the motor was mounted correctly, we put the trans back up to see how it was fairing. It was pointing too far downwards at the back end, so we needed to devise a way to modify the current mount to raise it up a bit. 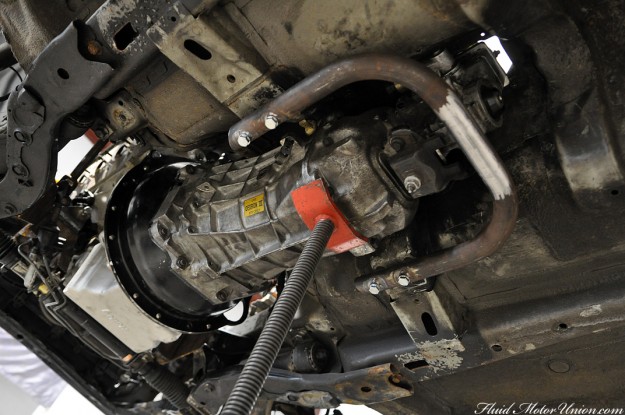 So we did. After a bit of thinking, we devised a reinforcement portion that, when added to the rear of the trans mount, will raise up the rear end of the trans a slight bit, making for a better fit with the shifter assembly and the remainder of the drivetrain. Given the extra level of reinforcement involved, we’d like to think this transmission won’t be going anywhere once it’s bolted in. 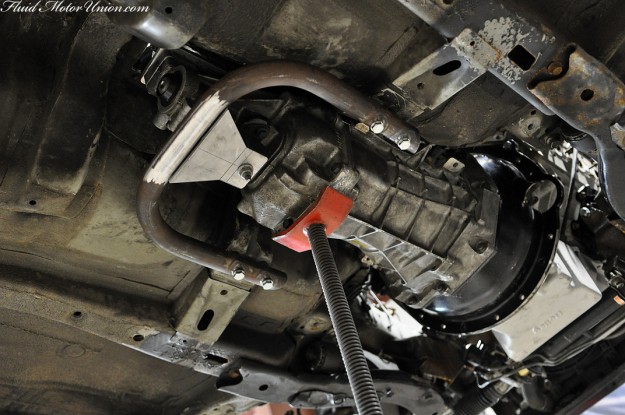 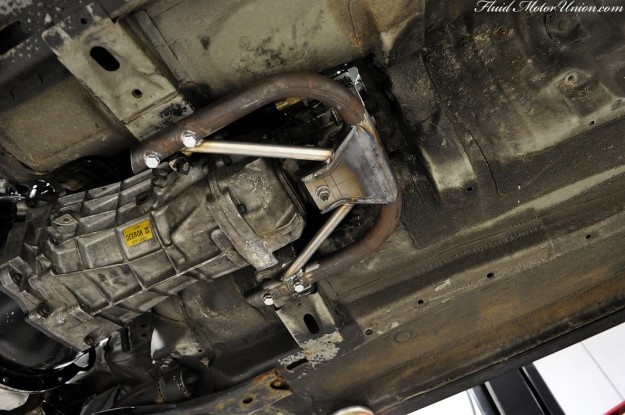 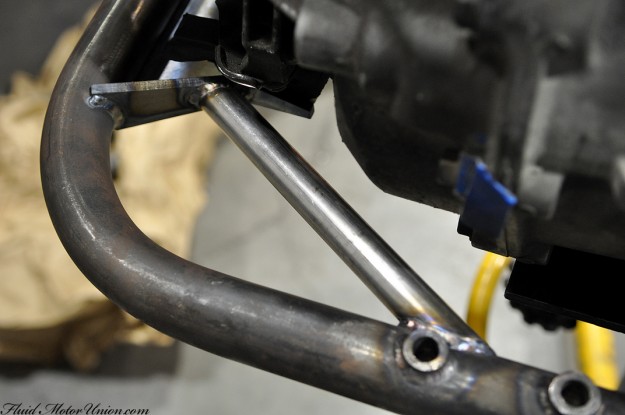 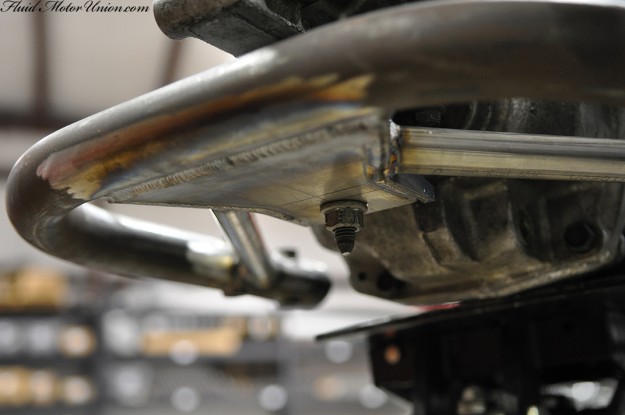 We’ll bring you more of the WRX LSx build as it develops!