What? An SUV that’s capable of both on-and-off-road functionality? I’ve never heard of such a thing. Oh, those crazy Brits.

The service bay got a little blast from the past today, in the form of a ’94 Land Rover Defender. The “blast from the past” doesn’t so much stem from the fact that it’s old (although it’s almost old enough to drink now, as terrifying of a thought as that may be for some), but that it reminds us of a past when the SUV was something different, built off a truck frame and meant for off-road adventures as much as on-road ones. Saturday trip to the mall? Screw that, we’re going up a mountain instead. A time when there wasn’t just one stick sitting in-between the front passengers (if there’s even one anymore). A time when utility meant metal bumpers and sharp, right angles on the body panels. This Defender keeps that memory alive. 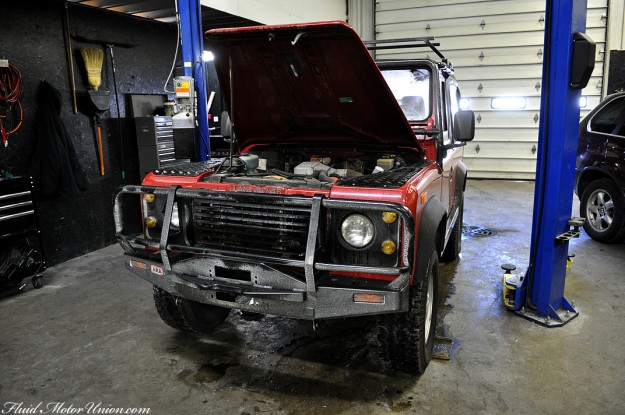 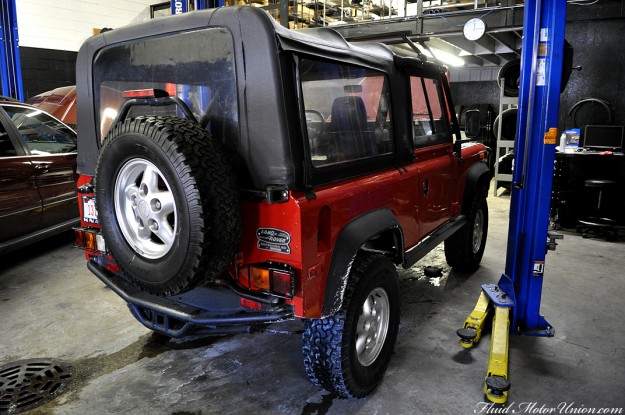 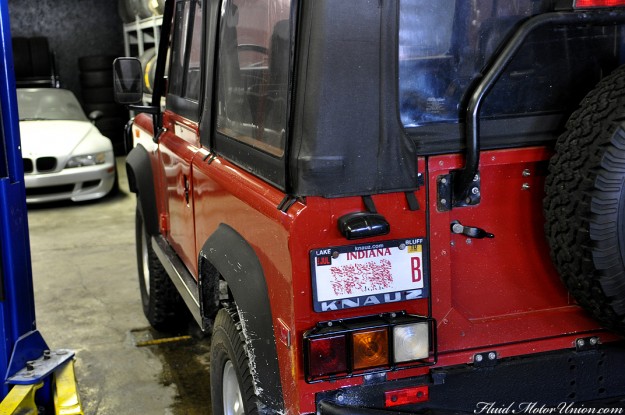 You can tell it’s made for utility purposes by looking at the styling. Even though it’s a ’94, judging by this Defender’s outward appearance, it looks like they haven’t had anyone in charge of their design team for almost twenty years prior to that. Everything is made with sharp angles in mind; aerodynamics and fuel efficiency weren’t even afterthoughts on this vehicle, speaking well to its original purpose.

And we can’t forget about one of the most important (and cool) aspects of this vehicle’s exterior — the diamond plating on the fenders, flanking the engine. Stuck in the rain and needing to do some engine work? Now you won’t fall off while you’re hanging over the fenders, trying to figure out which wire came loose (come on, it’s British, you know that’s what’s wrong with it). Taking some settlers from the Oregon Trail across the river? Now they’ll have sure footing as you ford the waist-high water. Even if you don’t use it, it’s better than a bumper sticker that says “I’d rather be hillclimbing.” 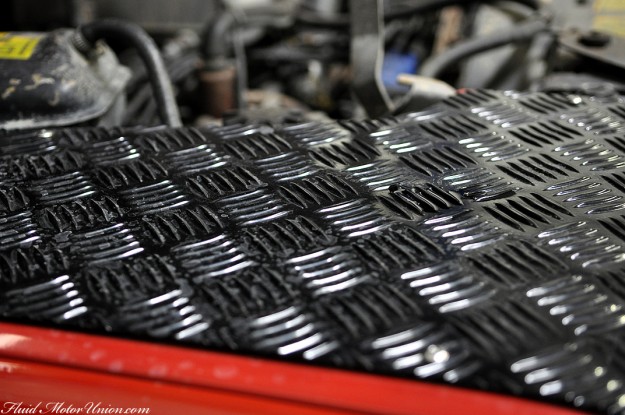 And then there’s the interior. If you thought the exterior was spartan at best, well, it’s really not. Land Rover must have also built war machines during WWII, because the inside of this Defender looks like it was built from a hodgepodge of half-a-century-old military-grade pieces. The nondescript bumper and dash remind us that not everything fun is clad in alcantara and real wood grain. And besides, nobody wants to ruin their genuine suede carpeting when the river starts making its way in-between the door panels. It’s even got a transfer case – a transfer case! How many driver’s ed students would pass the test in 2011 if they had to identify that second stick beneath the gear lever? 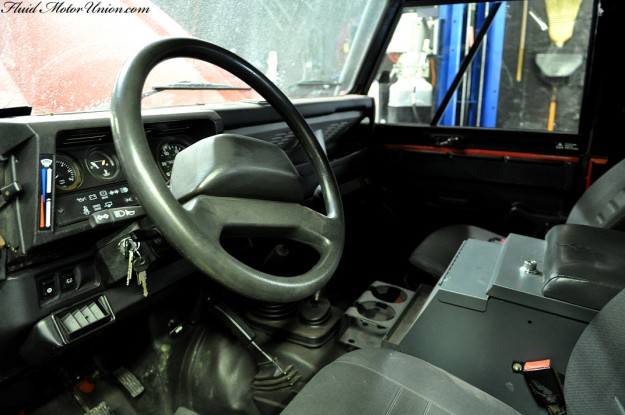 Although the most bare piece of the interior is the center console. It looks like it was made from a munitions box. 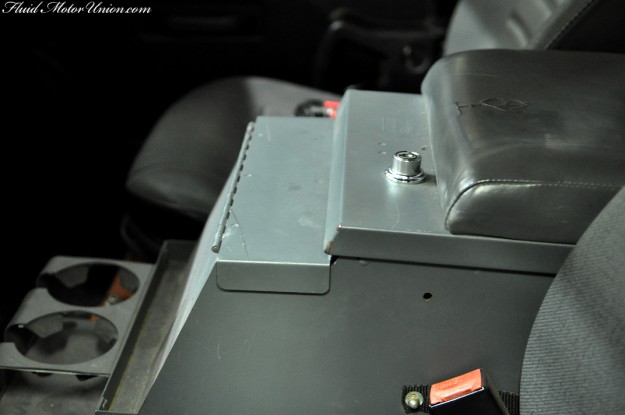 Hell, even the Land Rover emblem on the trunk looks as if it were riveted directly into the steel door. From top to bottom, this vehicle looks like it’s ready for the baddest of Mother Nature’s bad days. The owner of this Defender probably didn’t even notice the blizzard last week. 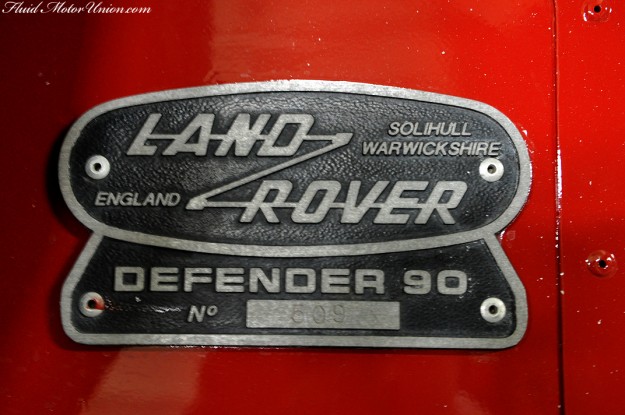