Posted at 11:14h in Blog by fluidmotorunion 0 Comments
0 Likes
Share

The American Midwest has been without a great deal of rain recently, so we’ve got water on the mind, hence the slightly strained pun in the title. 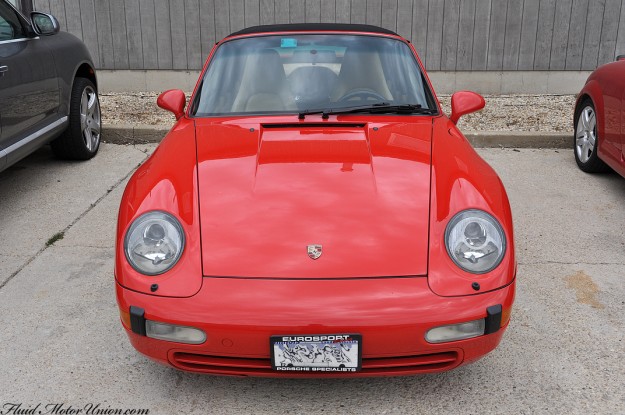 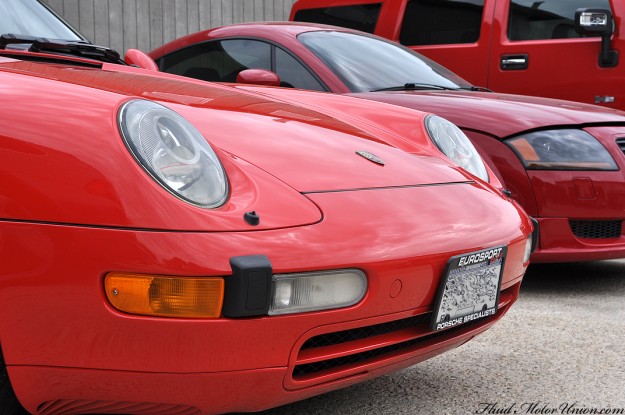 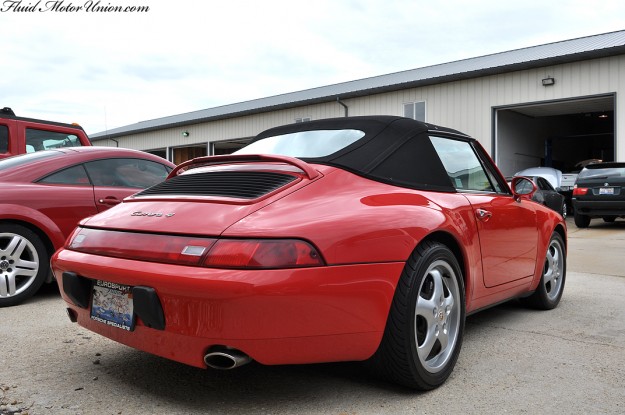 Towards the end of last week, we had a Porsche 911 Carrera 4 Cabriolet roll into the parking lot for a bit of maintenance work, namely in the suspension area. Since 911s tend to get a bit confusing, we’ll explain this model a bit further. This is the Type 993 911, which was the final air-cooled Porsche before the water-cooled 996s took over in a few years’ time. The flat-six boxer motor put out north of 270 horsepower from its 3.6L displacement. It shared the doors from its 963 predecessor, but there’s plenty of new parts on this model, as well. As a matter of fact, this is the first 911 to have an all-alloy multilink rear suspension connected to an all-alloy subframe, dramatically increasing rear end stability, a known issue with just about every 911 that had been produced up until that point. All in all, it was a stout sports car and a fitting end to the era of air-cooled Porsches. This particular model came in for a replacement of its old shocks with some shiny new ones from Koni. Here’s a shot of the fresh, well-boxed replacements and the dampers we’ll be removing. 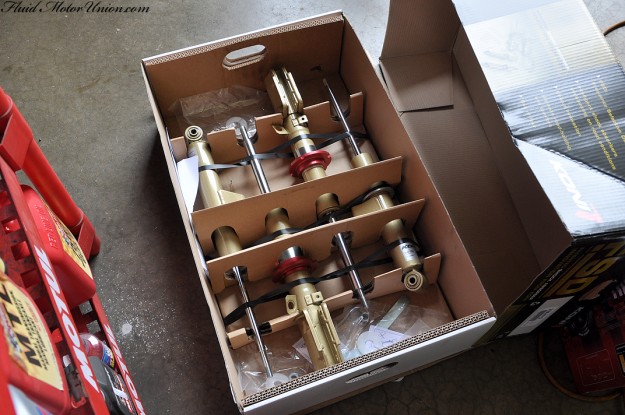 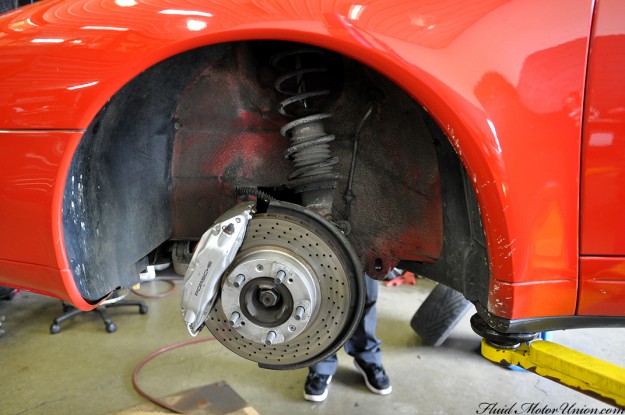 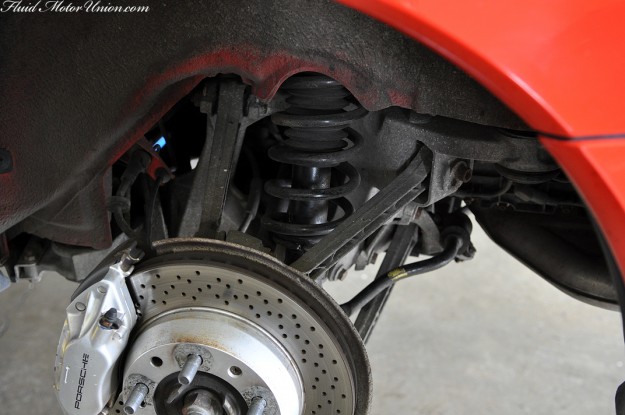 As with every other rear-engined car, getting to the rear shock mounts to remove the strut is not necessarily an easy task. In the 993, it involves removing a good portion of the airbox assembly and moving a few other parts around, as well. 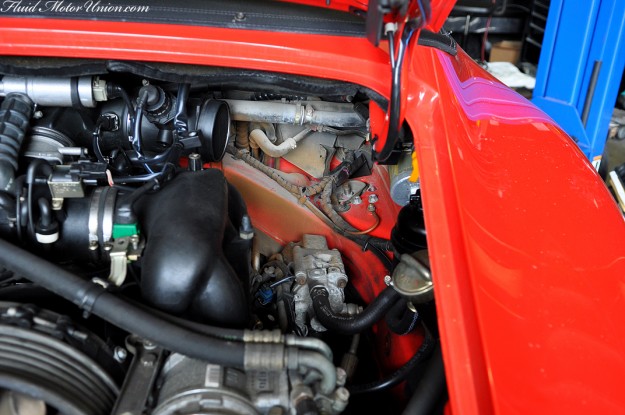 With a bit of elbow grease, we managed to get the front and rear shocks out. Even a quick glance between the old and new dampers show you exactly why it’s replacement time. With a part as important as suspension, it’s vital to ensure that the suspension is doing its job correctly and effectively; especially when you’re dealing with a car that’s notorious for having finicky handling. 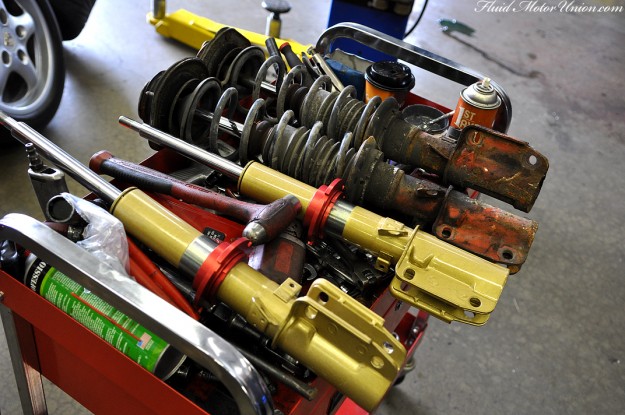 Fast forward a little further, and we’ve mounted the springs on the new rear dampers and put everything back in the rear end of the 911. 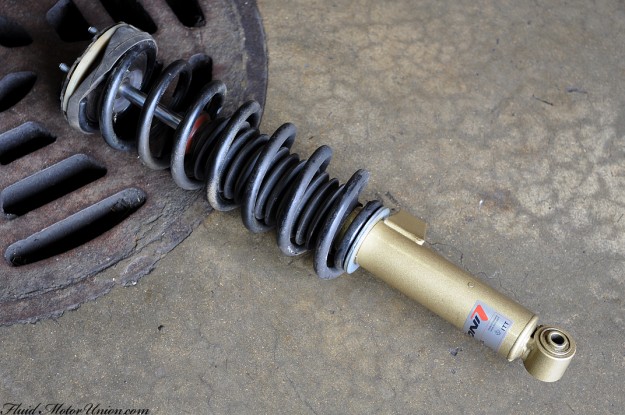 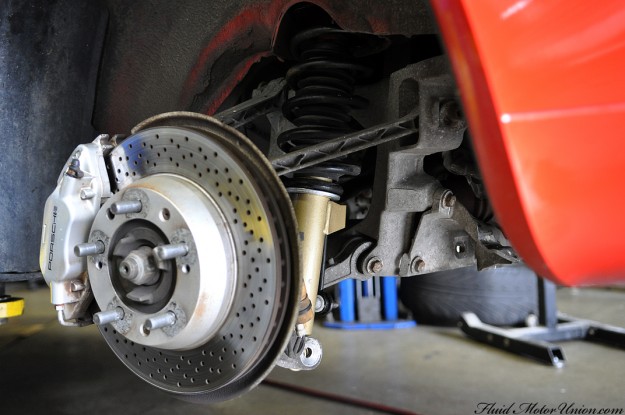 The fronts proved to be a bit trickier, as we had to wait for a few extra replacement parts to arrive. Once we received the new tophats for the front struts, we set about transferring over all the necessary parts and getting the car put back together. 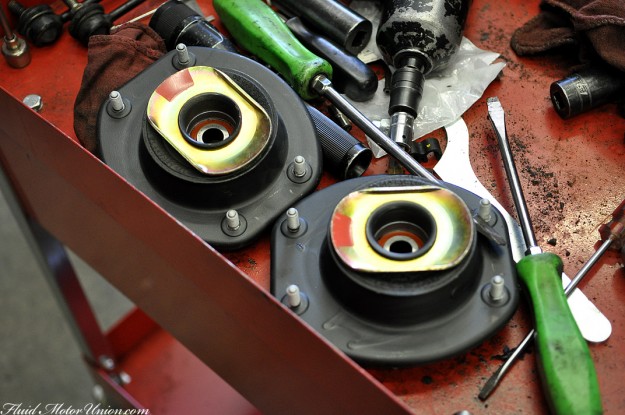 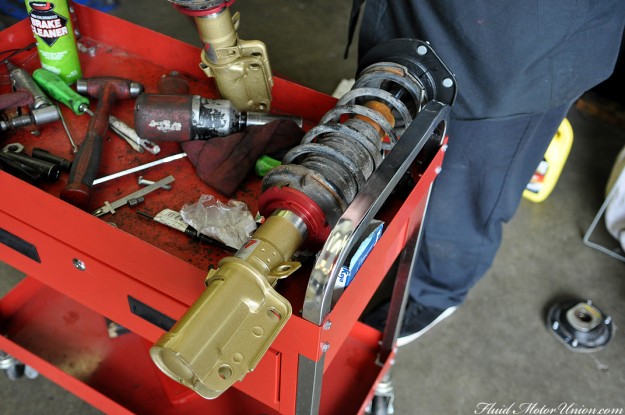 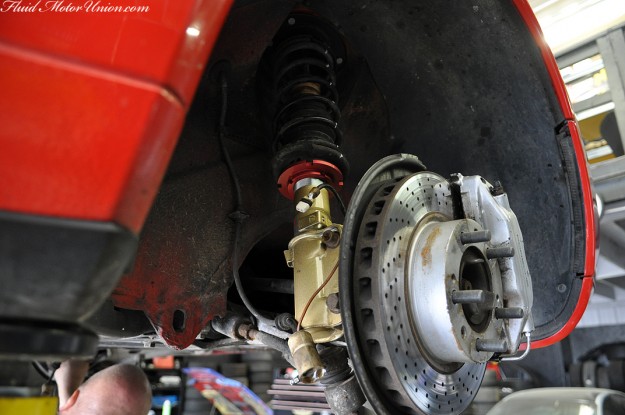 The new Koni struts allowed for height adjustment, just like the old ones, so we set about putting the vehicle back at the same height and released it into the wild, but not before snapping a couple exit pictures. Sadly, he wasn’t planning for Fabel-like levels of low, but to each his own. This thing will be tearing up streets in your neighborhood by the time you’re reading this. 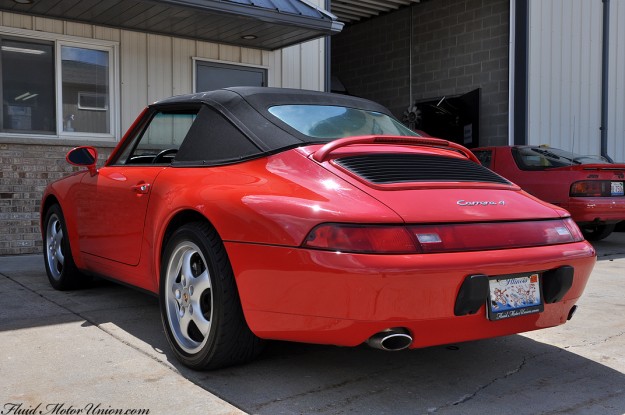 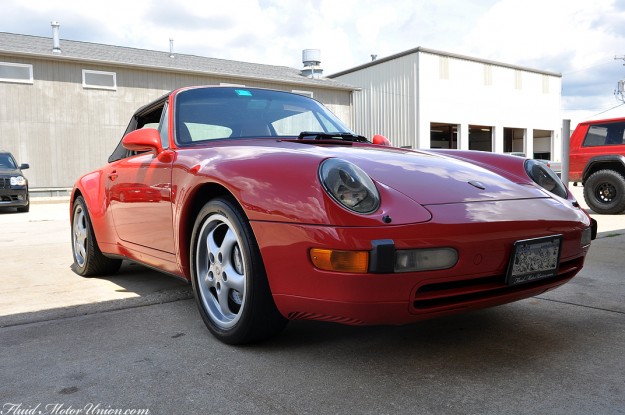 Monday’s here, so it’s back to work as usual for the FMU crew. We’ll be delivering more original content as the week progresses, so stay tuned for all sorts of wacky shit. 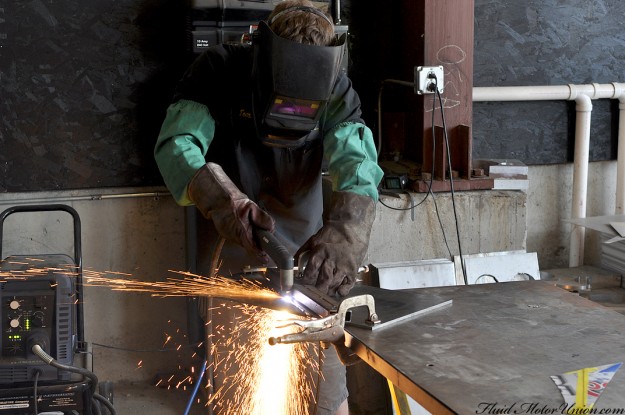