It Was All Yellow

28 Dec It Was All Yellow

Well, it isn’t just yet, but the 914 *will* be as we move through the course of today’s blog pictures!

When we last saw the 914, the insides of the vehicle (engine bay, trunk, underhood space and interior) had been painted and clearcoated. After giving those parts enough time to dry, we finished off the last little bit of bodywork on the 914’s exterior, bolted all the panels back together and prepared to roll it into the paint booth. 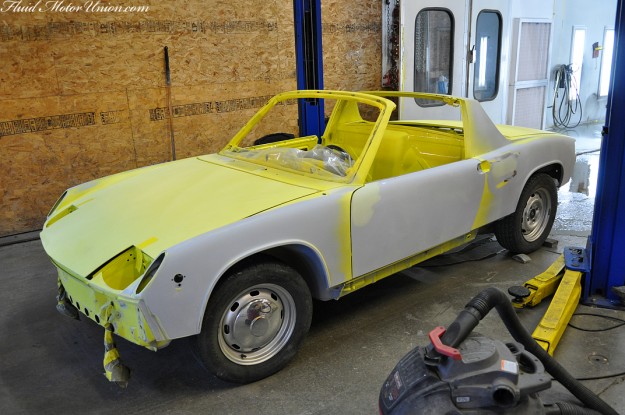 Prior to laying down the yellow coat, we had to deliver one last primer blast to the driver’s side. 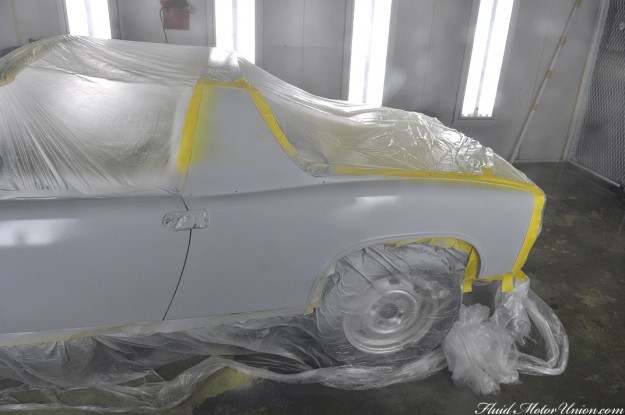 Once the primer dried, we removed the plastic sheeting from around the car. We then jacked the car up, removed the wheels and began masking every single inch of the vehicle that wouldn’t be touched by the paint — suspension components, engine bay innards, we covered it all. Once we’d used a whole country’s worth of paper and tape, we laid down the first coat of the 914’s OEM yellow tint. 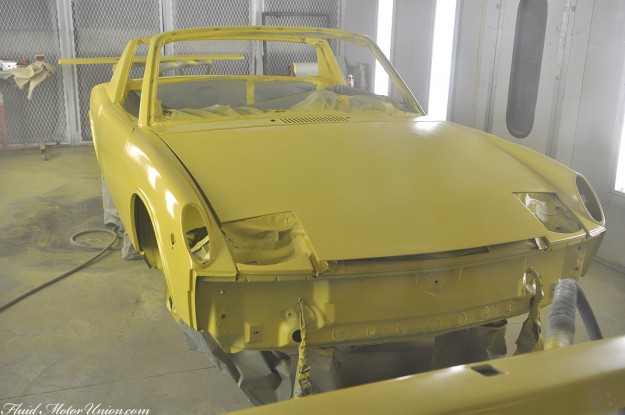 After the first coat of yellow dried, we applied more coats, as well as the clearcoat. 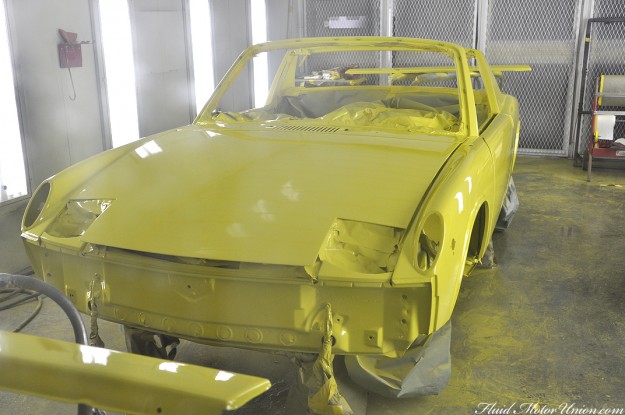 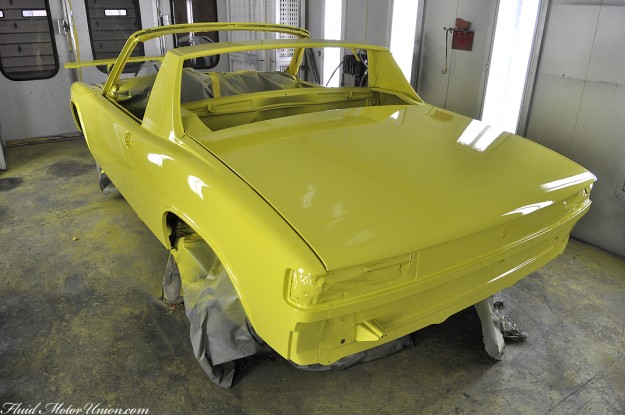 With the masking how it was, we were able to hit the fresh yellow paint on every surface that required it, including all the metal in the wheel well areas and underneath the rocker panels. We had the rocker panels removed and off to the side to be painted separately; that way, hopefully the 914’s owners will be able to stave off another rocker-based rust attack for many years to come. 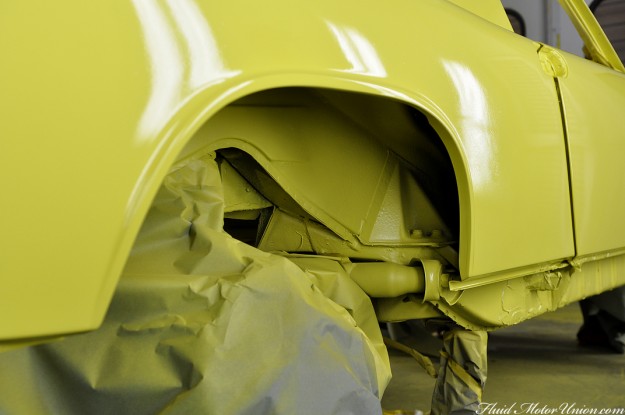 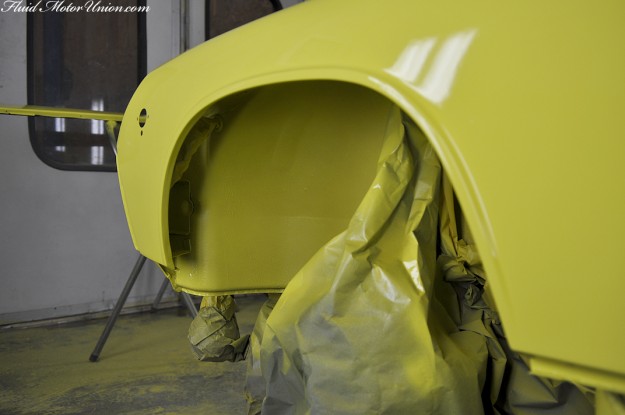 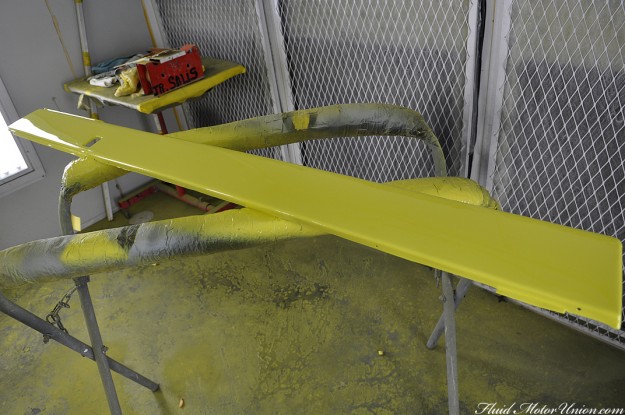 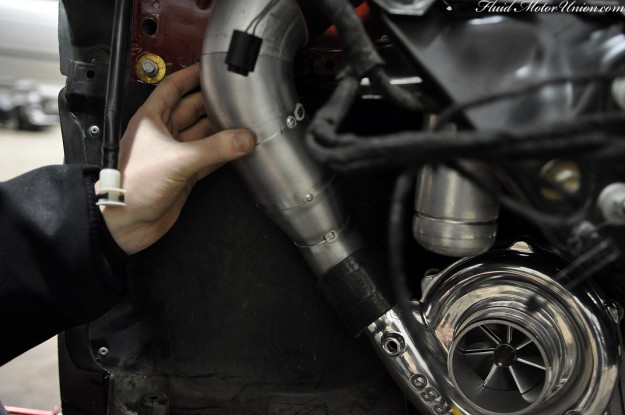 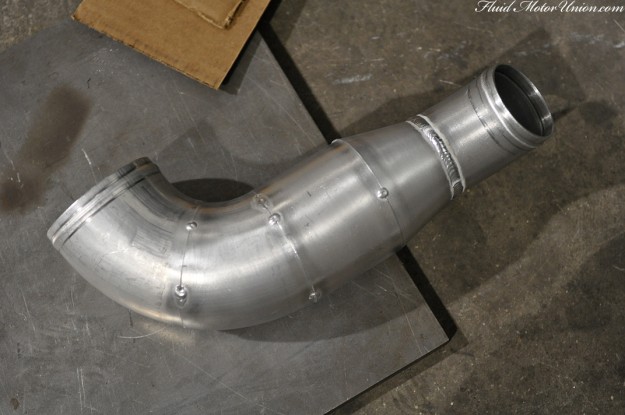 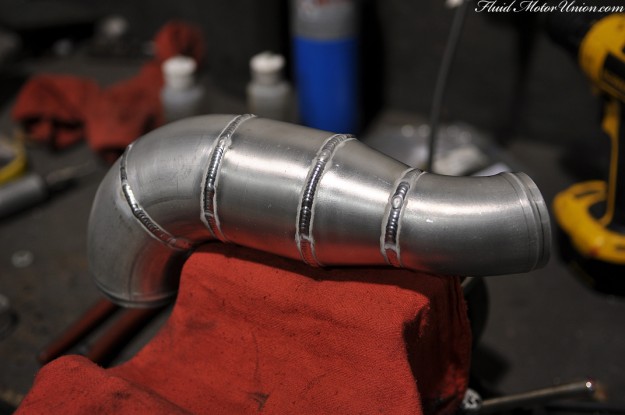 Also, we just released the Accent back to its owner, Dan, and he was blown away with the final product. We’ll have those pictures for you after the New Year’s break, but for now here’s a quick shot of us buffing up his headlights to remove the yellowing haze that appeared over them. Yeah, it’s not on the bill, but we’ll knock it out over the course of an hour since it’ll really help to improve the exterior aesthetic of the freshly bagged Accent.

You won’t see us back here until after the New Year, so let’s take this time to wish you all a very happy and healthy introduction to 2013! We’ll be closed Monday and Tuesday, December 31st and January 1st, and we’ll reopen for business on Wednesday, January 2nd. Don’t party too hard out there!