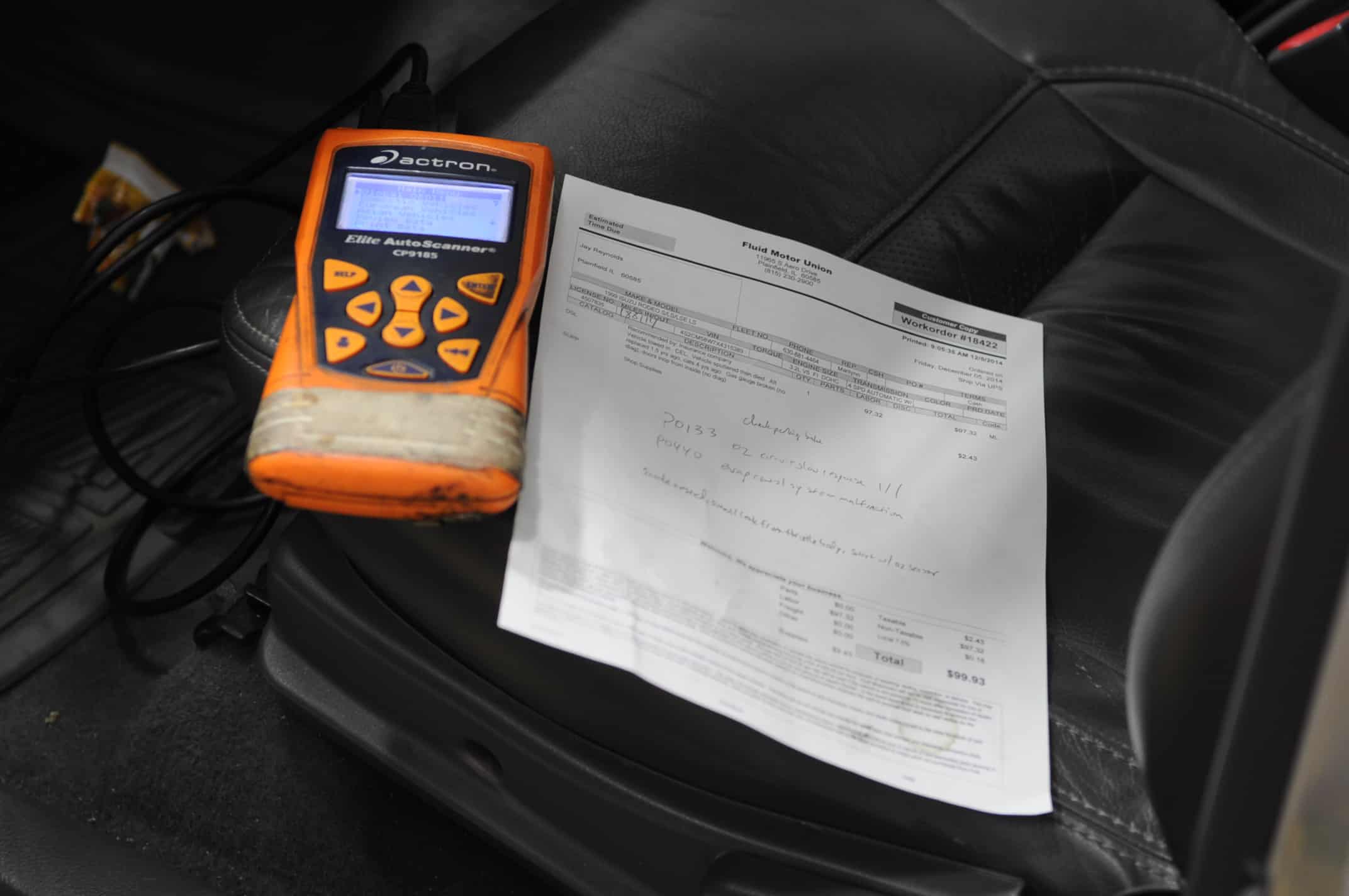 Posted at 18:11h in Blog by fluidmotorunion 0 Comments
0 Likes
Share

Oxygen sensors can fail for a number of reasons, and often times the symptoms can lead to a less than obvious repair. Today we will use this Isuzu Rodeo Oxygen Sensor Replacement in order to cover two examples of O2 sensor diagnosis. 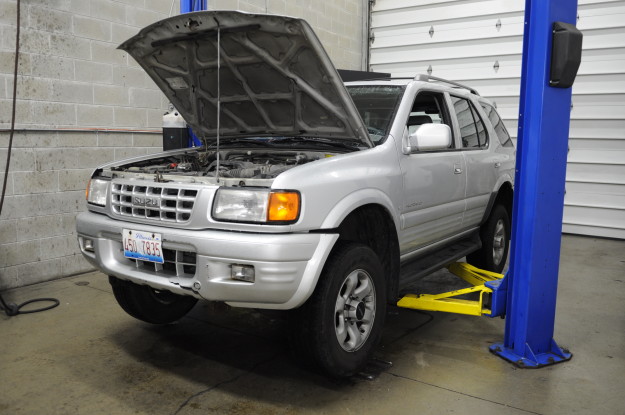 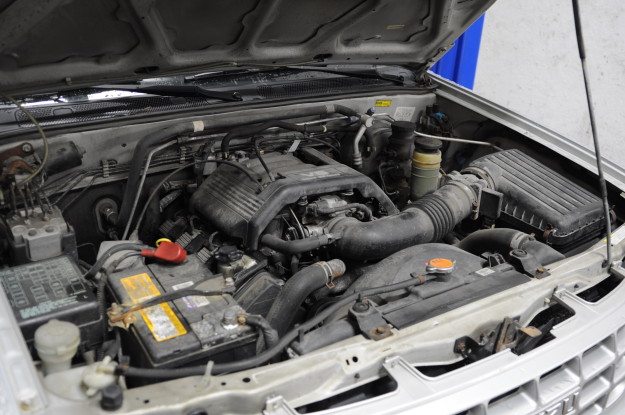 First up, we have a 1999 Isuzu Rodeo with Fault code P0133. This indicates the voltage response that the engine computer is receiving from the sensor is slow and not reacting as expected. This fault occurring on one bank typically means that either there is an electrical problem such as high resistance in the circuit, or we have a bad sensor. Replacing the sensor and test driving will take much less time than testing the circuit, thus reducing the cost for the customer. Not to mention the sensor is old, so it’s a safe bet its time for a replacement.
On this vehicle, sensor replacement is pretty straightforward. We’ll show you how we performed it. 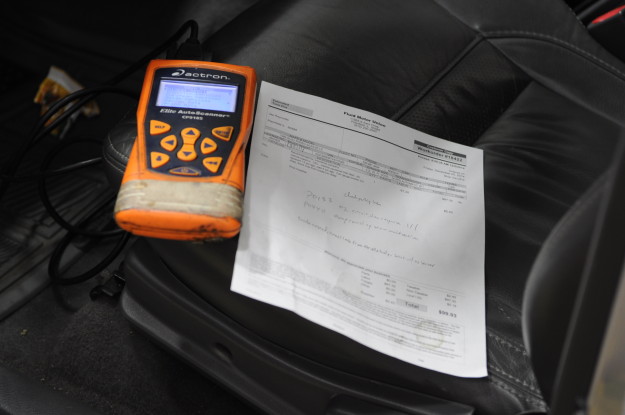 First, we lifted the vehicle, then inspected the sensor and plug connection.
Remove the electrical plug by pressing down the tab and pulling. You may need to remove the plug holder mount from the side of the transmission if you find this difficult to unplug.
On inspection we can see that the sensor is very rusty. Using an Oxygen sensor socket, we check the tightness. This one is far too tight and has become seized.
In order to break the sensor free, we will try a trick we like to use. Liberally douse the Oxygen sensor and bung with rust penetrant. Be careful not to get any excess on the vehicle as this can be a potential fire hazard if not used with caution. 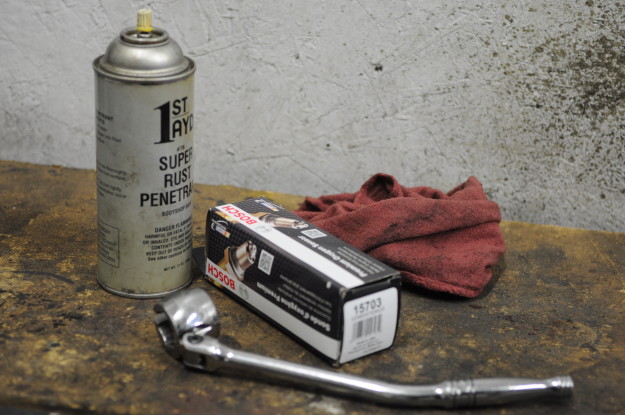 Start the vehicle and get to operating temperature. Once the vehicle has reached operating temperature, step on the gas pedal and hold the engine RPM at 3500 for 3-4 min. This should get the sensor nice and hot and allow it to be broken free with less effort.
Leave the the vehicle running and carefully spray the Oxygen or air-fuel sensor. Because of the heat, the penetrant will smoke. Be careful not to use too much as it can catch fire if you are not careful.
Take your Oxygen sensor socket and try to remove the sensor again. This one broke free after a good pull.
Replace the sensor, test drive, and check for faults. This one was good to go. 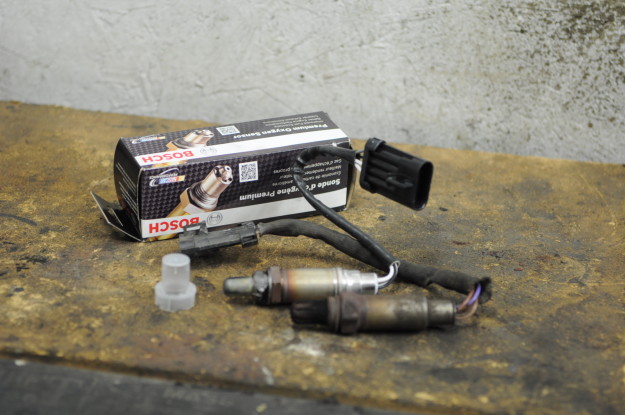 Lastly here is an example of a time where there wasn’t a direct fault from the sensor, but the sensor still needed replacement. This 2007 Toyota Solara had fault P0420: catalytic converter efficiency bank 1. We had an idea that the catalytic converter was still good, so we checked the functioning of the downstream post-cat oxygen sensor, and sure enough, we noticed a slow voltage response that a bad cat was unlikely to make. So we replaced the Oxygen sensor, cleared the faults and test drove. Sometimes a little testing can save you time and money, and in this case, the fault that pointed to a bad catalytic converter turned out to be an Oxygen sensor that needed replacement. 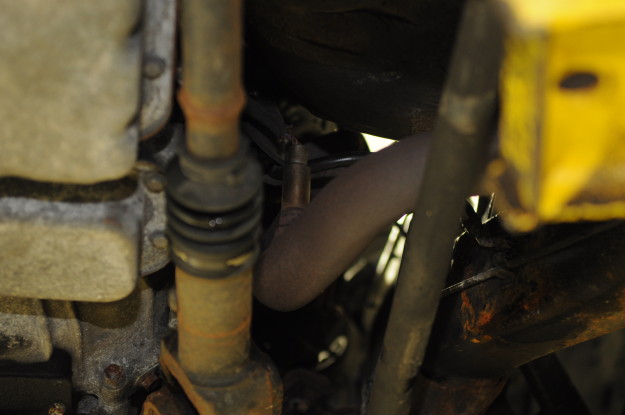 If you have any air-fuel or Oxygen sensor faults and would like a professional opinion, don’t hesitate to give us a ring at 630 305 3054, or reach us through email at blog@fluidmotorunion.com. We’re conveniently located in the Chicago Metropolitan suburb of Naperville at the Iron Gate Motor Plaza right off of the I-88 route 59 exit.