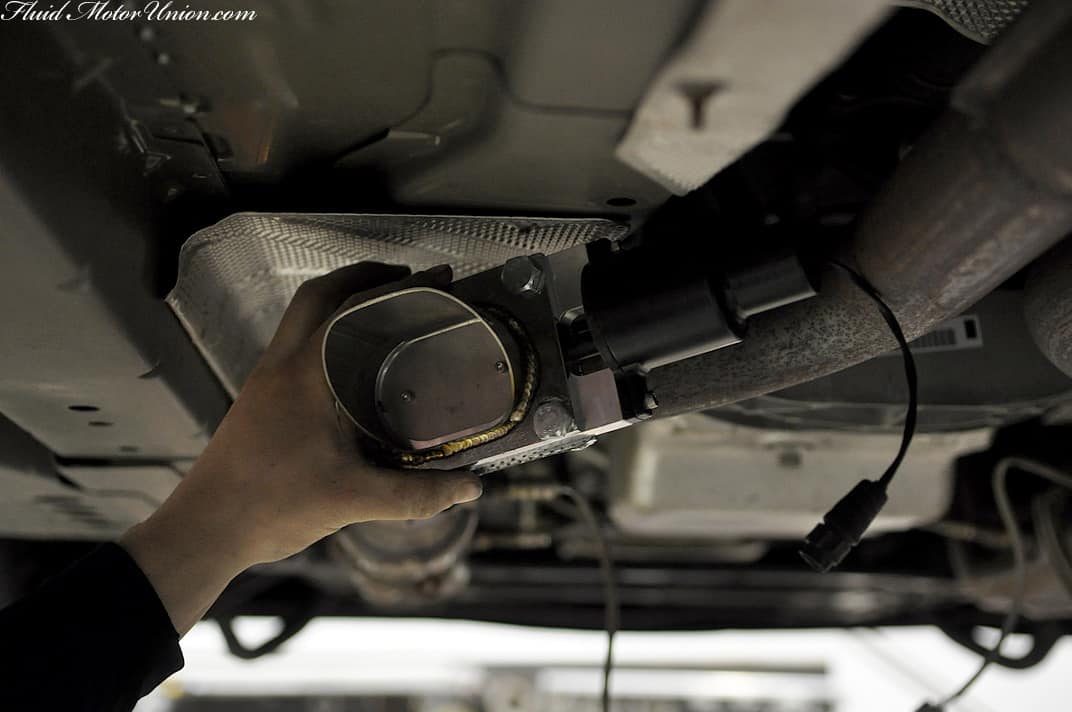 Last week, we had a customer come in that needed some custom exhaust work done in a same-day jiffy. Let’s take a look at what we did.

Our customer brought in his V8 Chevrolet Camaro early in the morning, looking to get a set of QTP exhaust cutouts (that he supplied) installed and hooked up, all within the same day. Feeling up for the challenge, we moved a few things around in fabrication and put the Camaro up on the lift in no time flat. From there, we took a look at the underbody and determined with the customer that we’d be installing the cutouts on the forward part of the midsection, prior to the two exhaust pipes moving closer together. With the plan laid out, we pulled the QTP pieces out of the box and set to work. 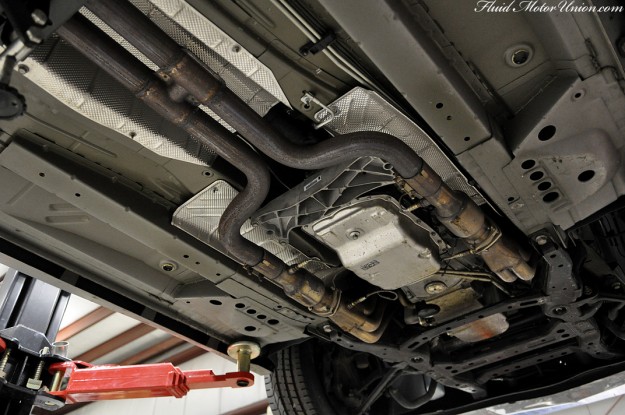 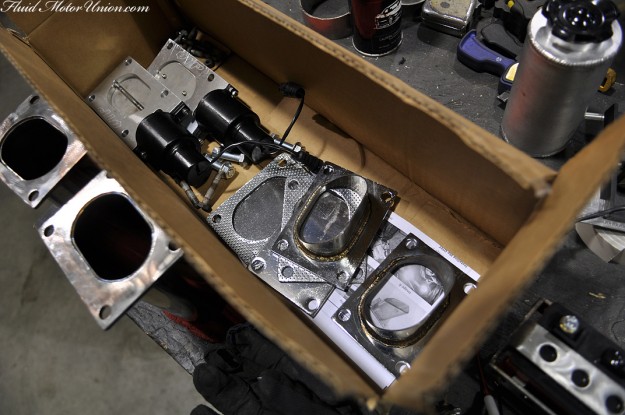 The first step we took involved modifying the QTP cutout-to-exhaust piece to fit the Camaro’s exhaust. After determining the curve we needed to match, we set about grinding down the metal for a perfect fit. 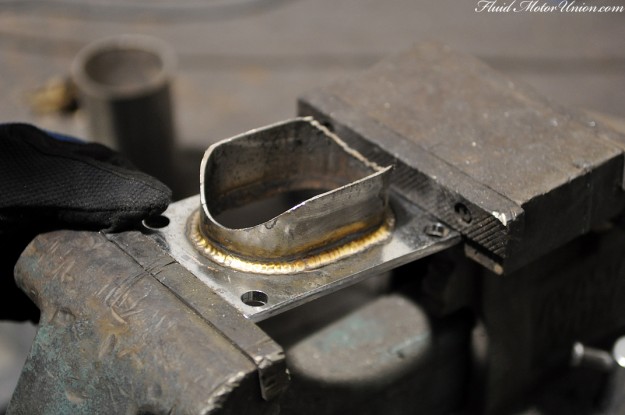 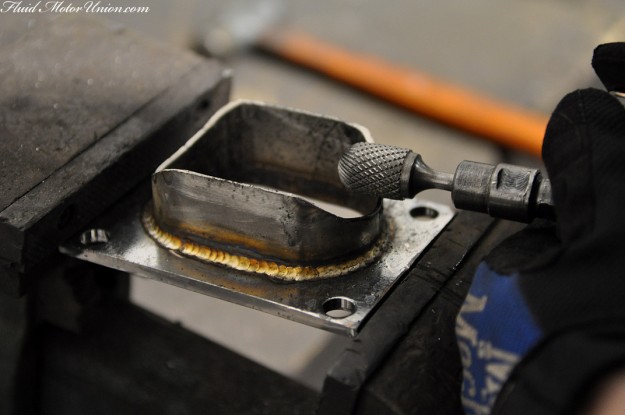 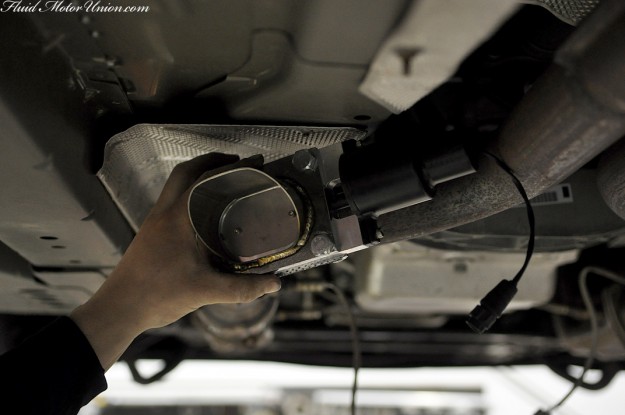 With the cutout prepared to mate to the pipe, it was time to modify the pipe itself. So, after marking the exhaust where the cutout will connect, then dropping the exhaust from the Camaro, we started cutting and grinding out those areas. We also cleaned up more of the metal surrounding the new cutout holes, so that our welds don’t contaminate and get all nasty. 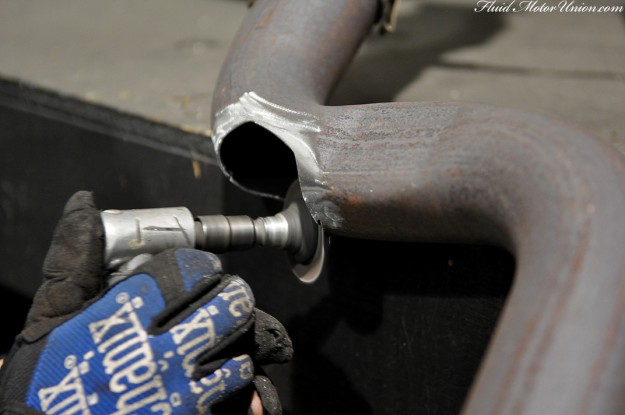 From there, we sent the exhaust over to the welding table, where we tacked the cutout to the existing piping. After giving it time to cool, we put it right back on the table and finished up the welds. As always, the welds were backpurged with inert argon in order to prevent oxidization from cutting into the exhaust flow, which can mess with the sound characteristics. 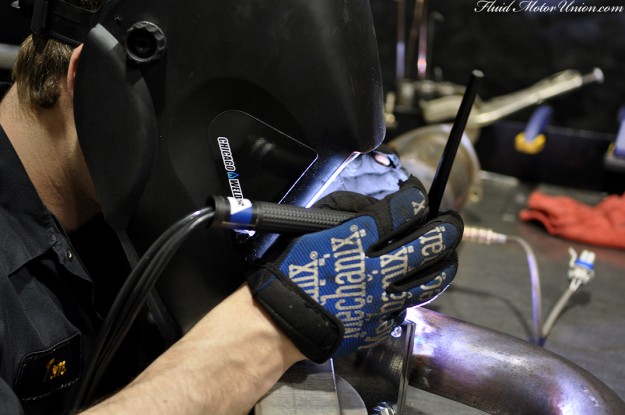 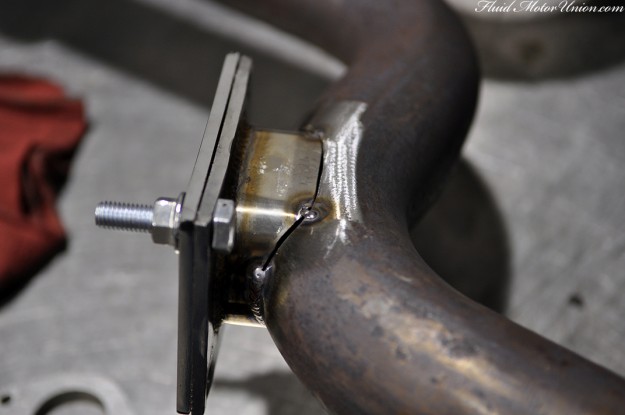 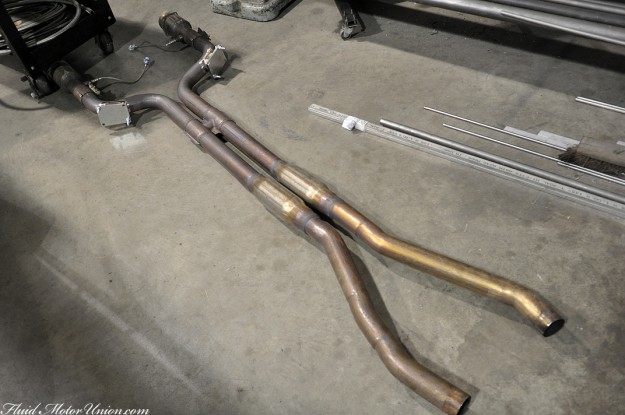 While we allowed the welds to cool before bolting the exhaust back in, we set about mounting the switch for the cutouts. Seeing as how the owner had already added two circular switches to his center console’s side panel for his aftermarket lighting (similar to the style we use on our project cars’ cutouts), we fit his QTP toggle switch directly in-between the two so that he won’t even have to think twice about where all the switches are in his cabin. 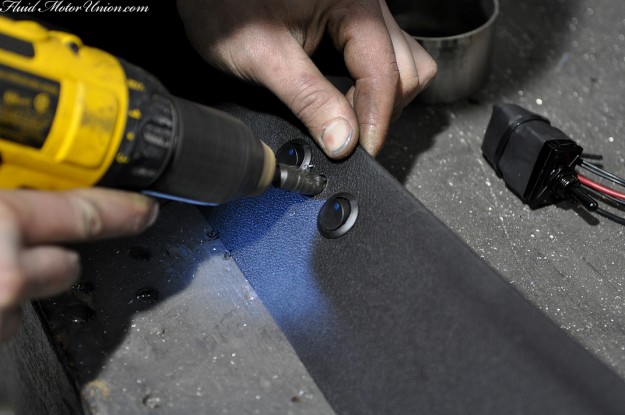 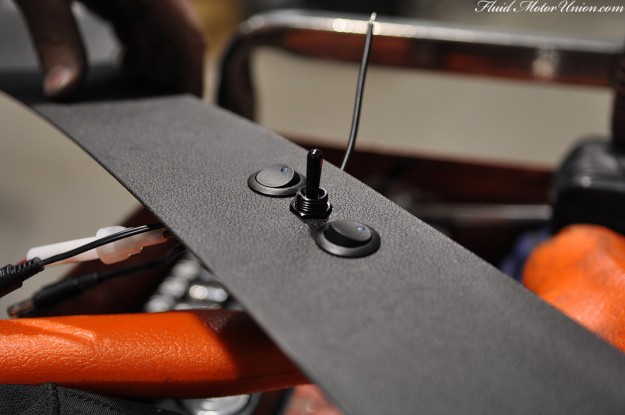 With the switch installed on the panel, we buttoned the interior back up (which consisted of reinstalling the single panel we removed) and turned our attention back to the exhaust. Since the welds had ample time to cool, we put the exhaust back to from whence it came. All that remained was running the wires that connect the cutout itself to the switch as well as a power source. With that taking nearly no time, we set our attention on the last issue.

In the two pictures below, you’ll notice that the passenger side cutout dumps out directly under the fuel lines, and the heat from the exhaust gas can contribute to vapor lock, which isn’t a desirable trait in a car. Therefore, we fashioned a shield to go between the cutout and fuel lines, which will redirect heat back downwards, protecting the fuel lines from heat-related issues. We didn’t manage to grab a picture of that, as the car was already coming off the lift the second the job was complete. The customer has it back now, and is enjoying his newfound loudness. Hopefully he gets a good deal of attention…from everybody but the police. “My car? Loud? No, officer, it’s whisper quiet. Here, listen.” 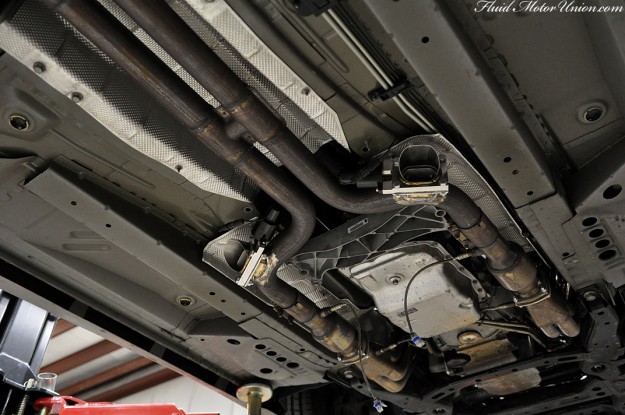 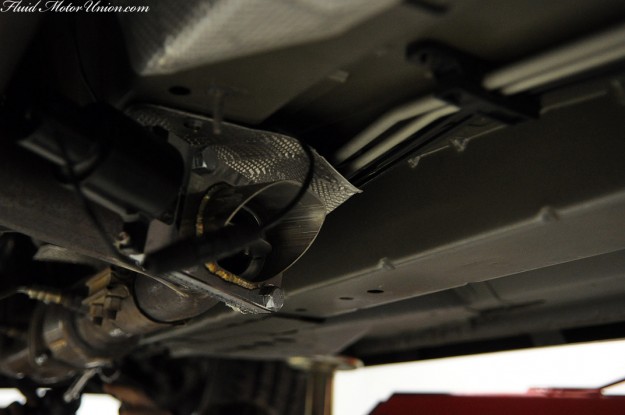 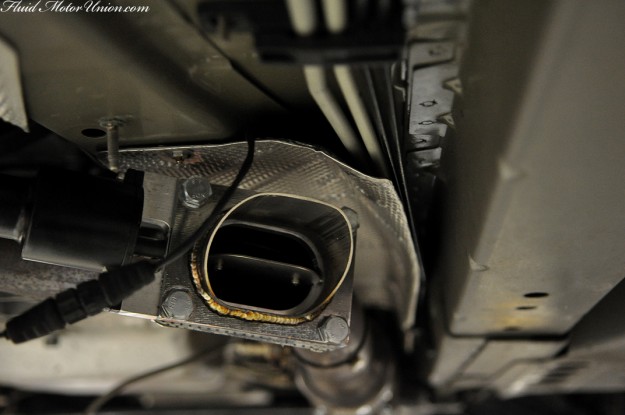 And with that, another Thursday is on the books! We’ll be back here tomorrow with some new outdoor footage for you. But it’s not what you may think. Have a great day!