It’s technically not reusing a title if it’s part of a different series of blog posts. That being said, let’s dive back into the Vulcan build, shall we?

Today, we’ll be looking at the deconstruction and subsequent painting of all three brake calipers. The two OEM Vulcan calipers will be reused in the new front end, and we’ll be repainting the new rear caliper in the same gloss black that we’ll be doing for the fronts. Dana’s going with a black-and-chrome aesthetic for the bike, and we’ve decided that black calipers will look the best, as there’s a lot of chrome around both the front and rear wheels anyhow, including the wheels themselves. So, the first step was to remove the OEM calipers from the front. We drained the calipers of fluid and set them on the table with the chromed rear caliper — sorry for the fingerprint smudges. 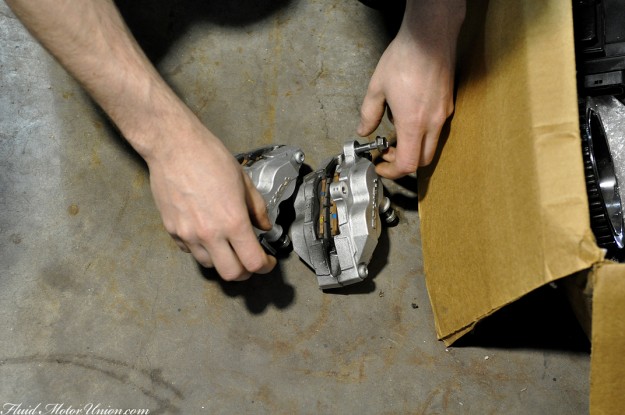 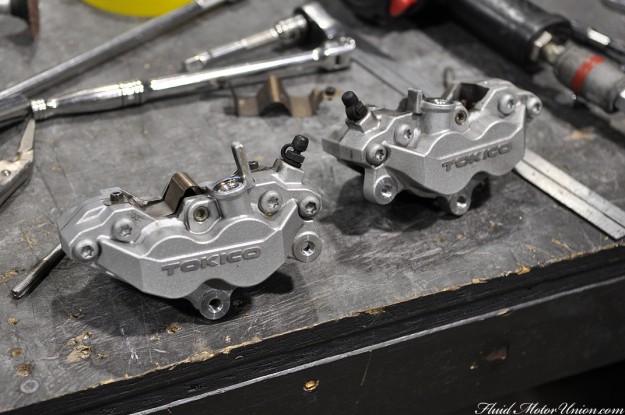 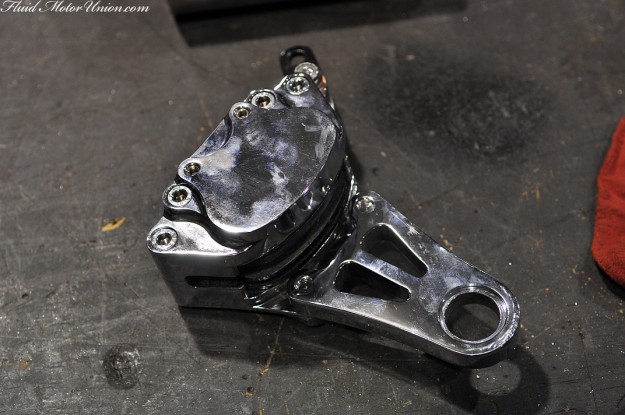 Deconstructing these calipers takes a bit more work than your standard non-sports-car brake calipers. As they are of a floating design, there’s a few extra parts that need to be disassembled. Seeing as how European performance cars have been jumping onto this bandwagon for some time now, this wasn’t our first rodeo, and the calipers came apart with ease. Once they were disassembled, we walked them over to paint to begin their prepping. 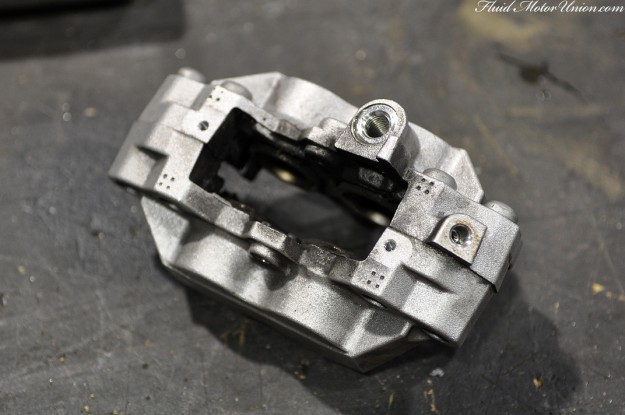 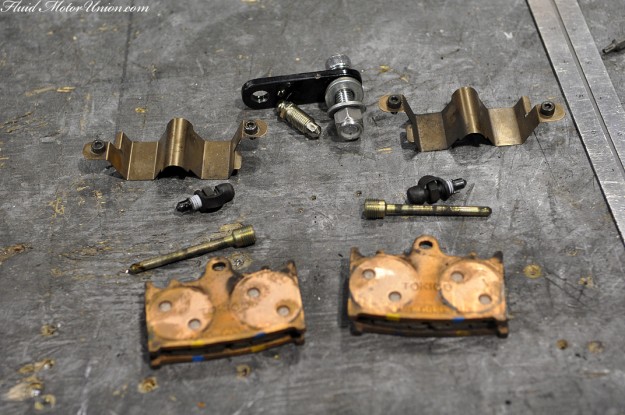 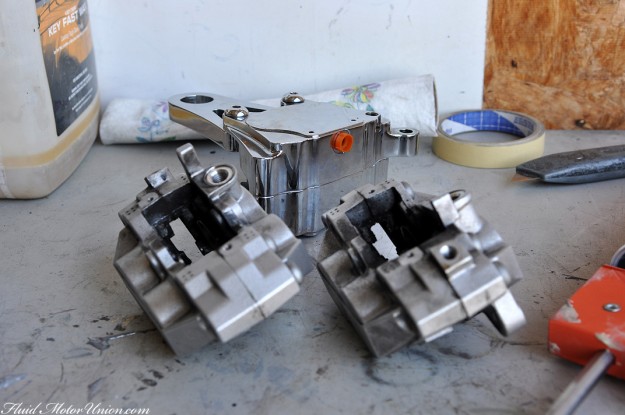 After being prepped, they rolled straight into the paint booth, where Ron gave them a few coats of gloss black. The bolts and other visible hardware were also painted, as the calipers aren’t hidden behind anything on this bike, so everything needed to match to give that complete look. 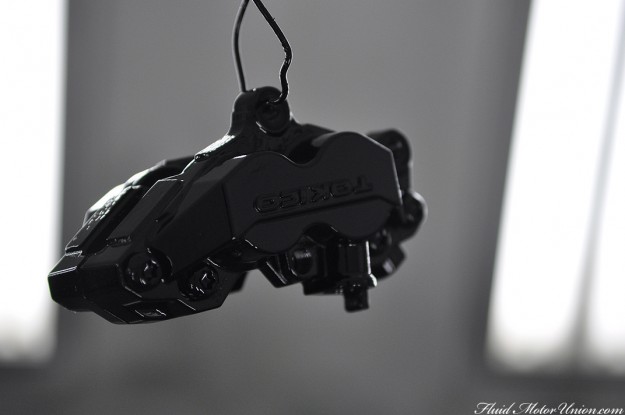 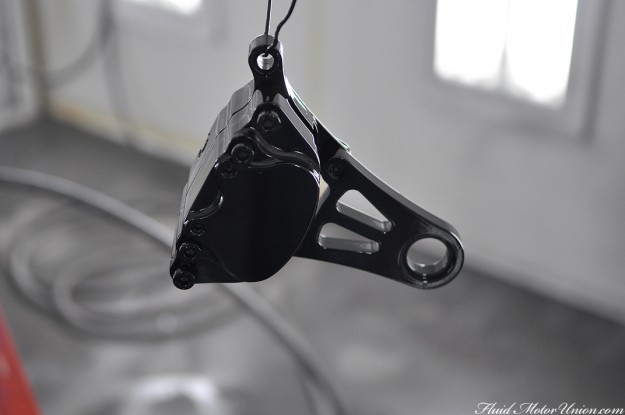 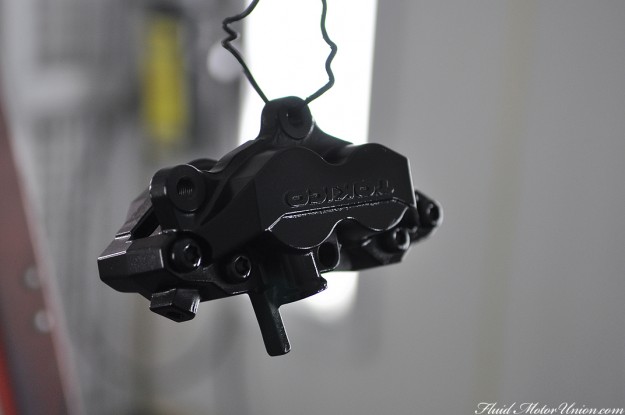 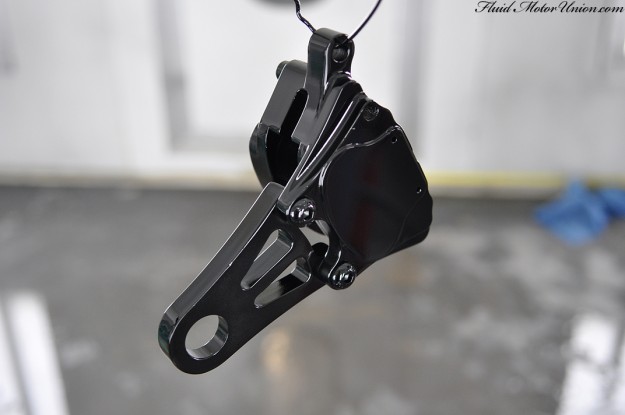 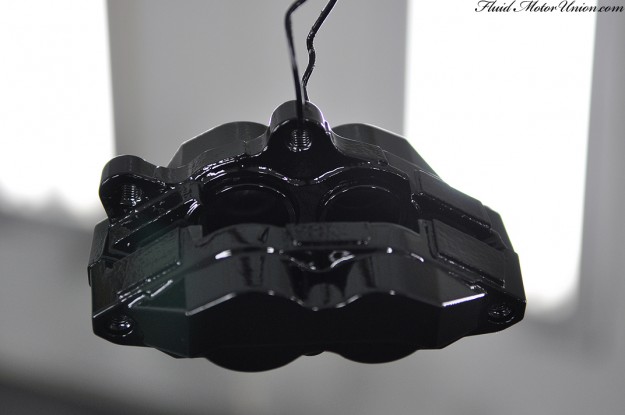 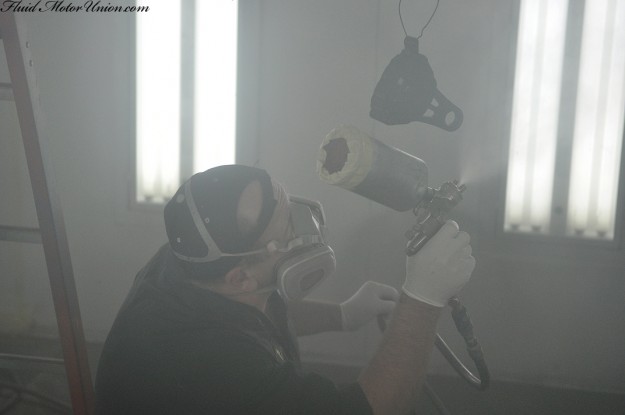 With the rounds of gloss black finished, we set them outside the paint room to finish drying. They’re back on the bike now, but since that gives away parts of the story we haven’t told yet, we’ll keep those shots on the down-low for now. 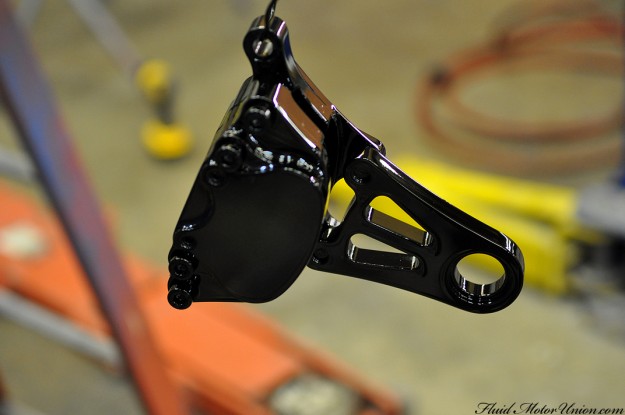 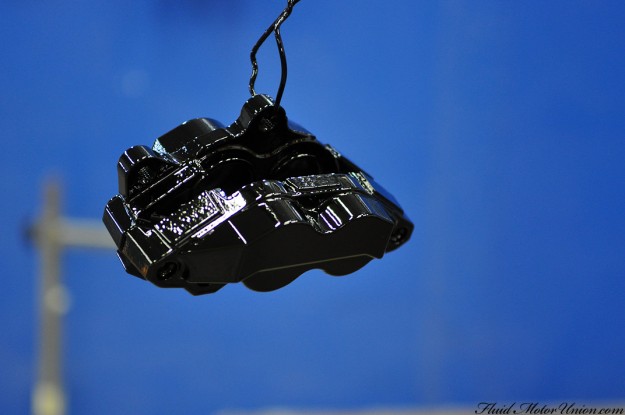 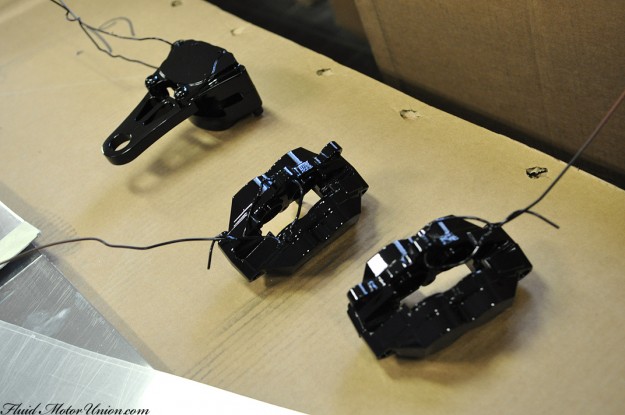 Job by job, bit by bit, the bike is slowly coming together. We’ll send out another chapter of Hell on (Two) Wheels in the next couple days. Until then, enjoy the beginning of your week!