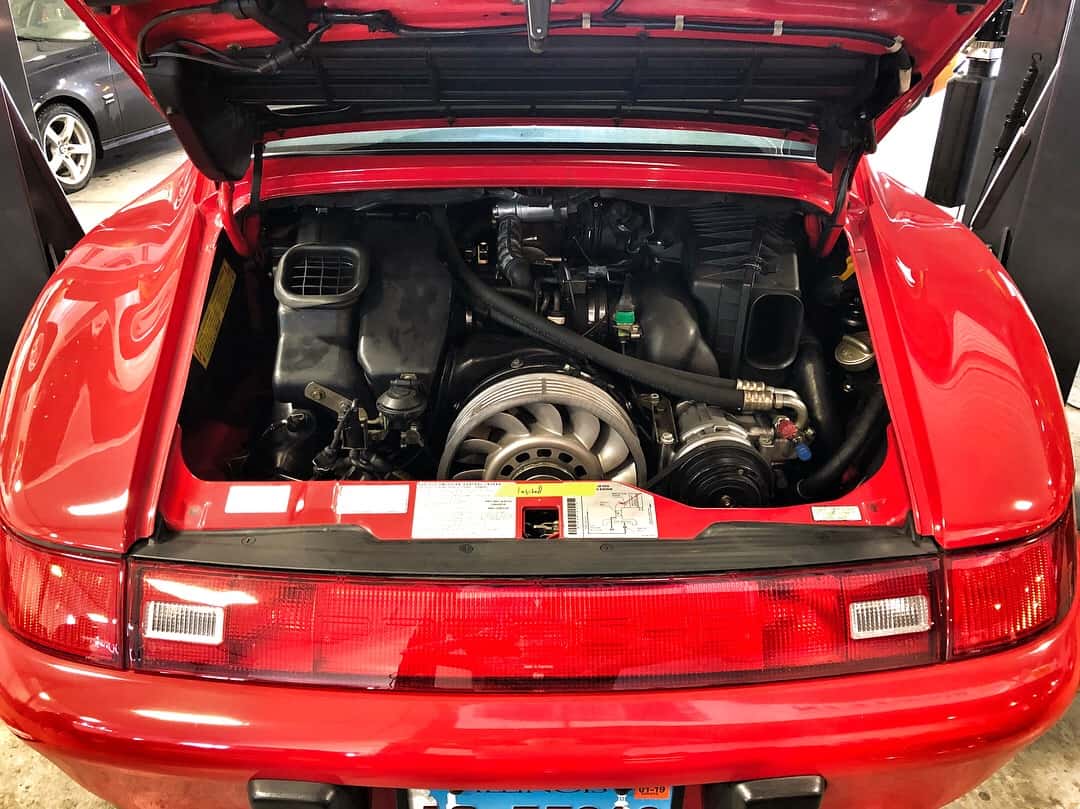 Fluid MotorUnion is now offering Vaporshine services!
We are proud to announce that we are now offering VaporShine Services. VaporShine is a “wet blasting” process that uses high-pressure air and media suspended in a liquid slurry, that when shot at a part, cleans and leaves a desirable matte sheen finish. This process can be adjusted depending on the part but is even safe on rubbers, plastics, and delicate items.

The process uses a liquid containing detergents and rust inhibitors, so parts are scrubbed clean by the media, while the gentle chemicals do their job cutting grease and corrosion. The liquid also acts to soften the blow of the high-velocity media, so it “peens” while creating a “lapping” effect. This leaves a desirable satin finish that looks better than factory. More importantly, this is achieved without damaging the surface material. The effect won’t remove intricate details, like casting numbers or part stamps, so you can rest assured that your part keeps its value.

While repairing an Iron Gate Motor Condo owners recently purchased 993 Carrera C2, he thought that some of the parts removed during our service could use a “freshen up”. We suggested VaporShine during the vehicles downtime. Here you can see the heat pipes before and after treatment. The pipes are made of stainless steel, and while the name would lead you to believe it’s not possible, the years have certainly left their mark. Even the rubber boots look brand new after Vapor Shine! Next, we performed the treatment to the under shields. Just in case you were wondering, we did a traditional degreasing and wash for comparison. Notice how the VaporShine treated shield looks not only clean but new! 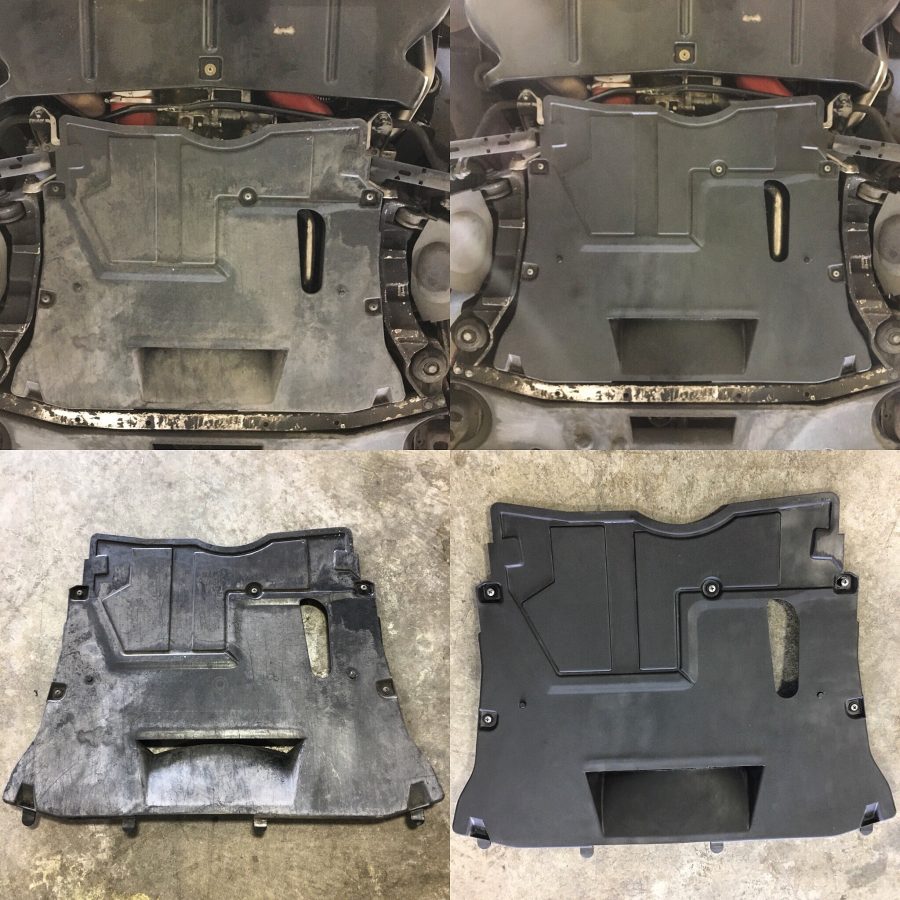 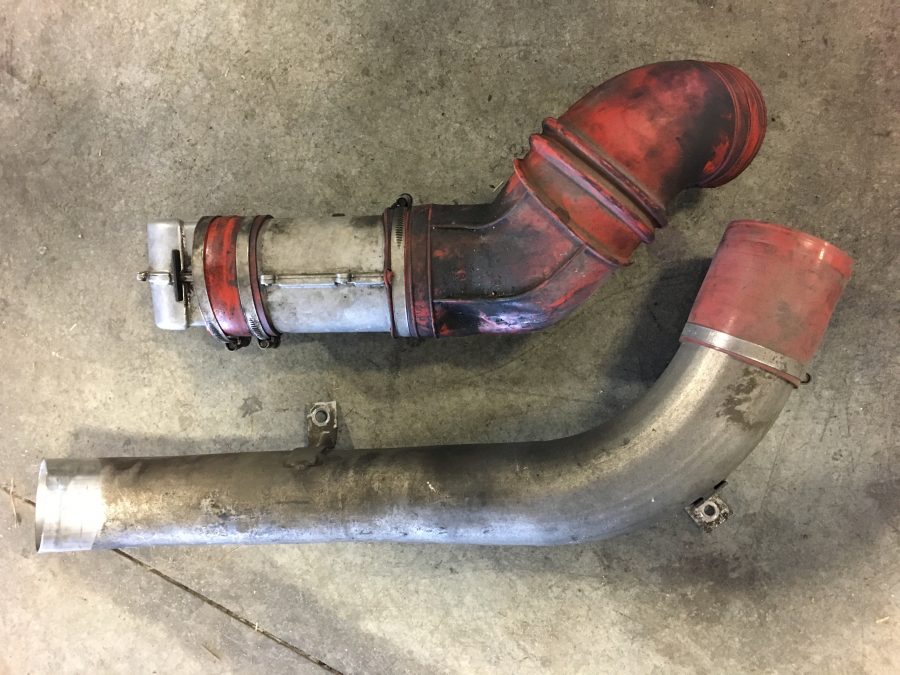 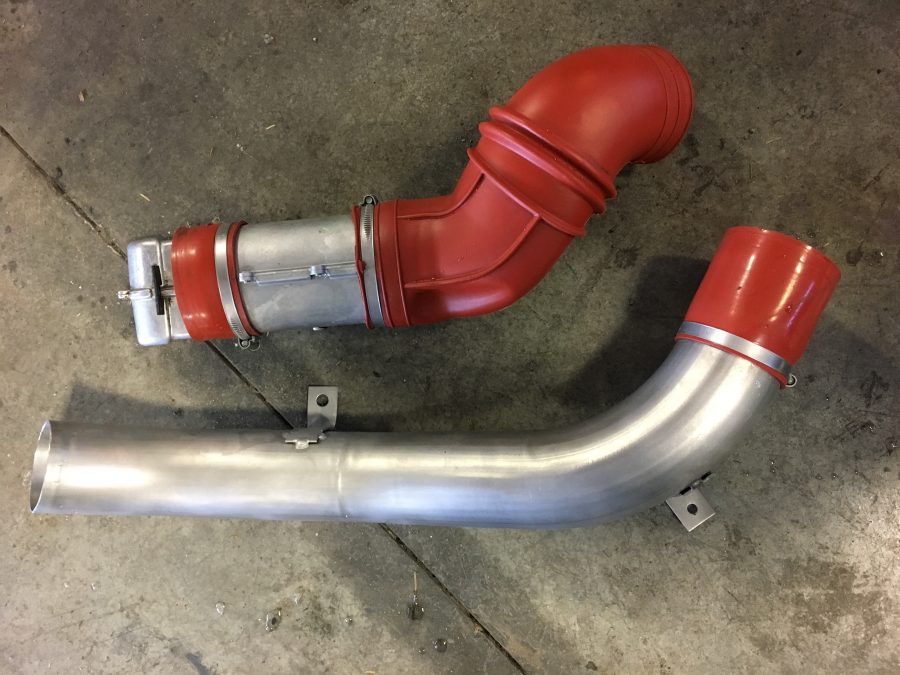 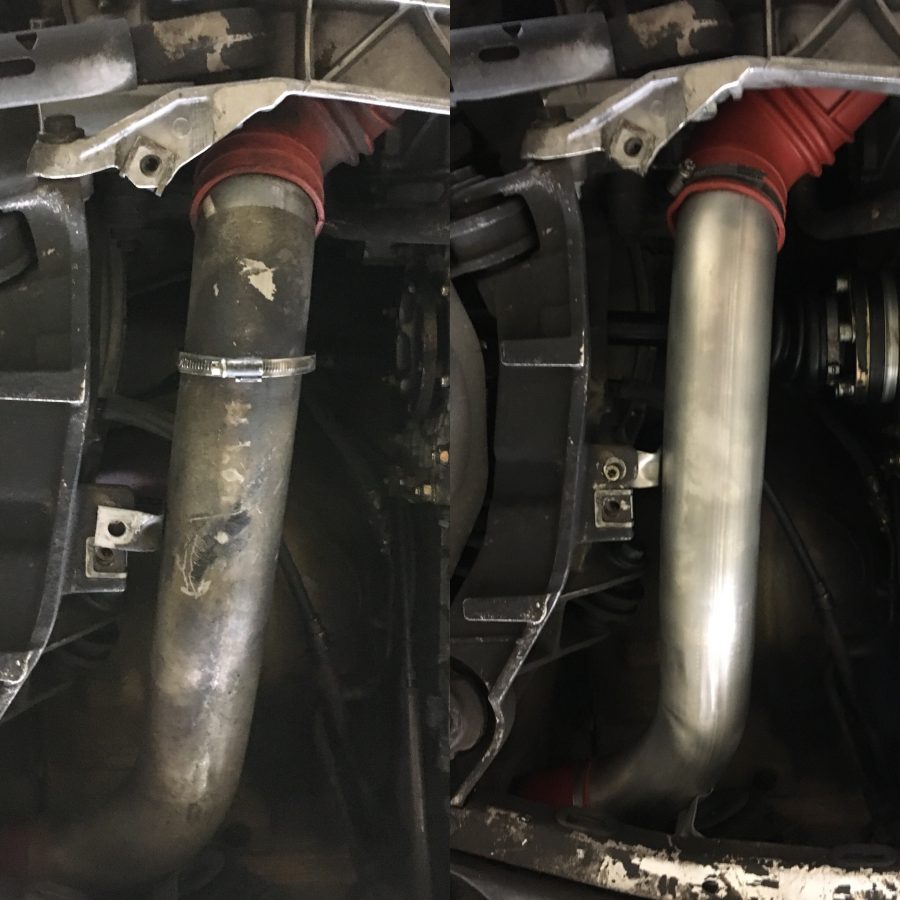 As an experiment, the set of worn 993 control arms we took off due to excessive play, were treated with VaporShine. They look so good you wouldn’t be faulted for thinking they were the new ones, but despite their renewed look, these ones are still headed to the scrap yard. 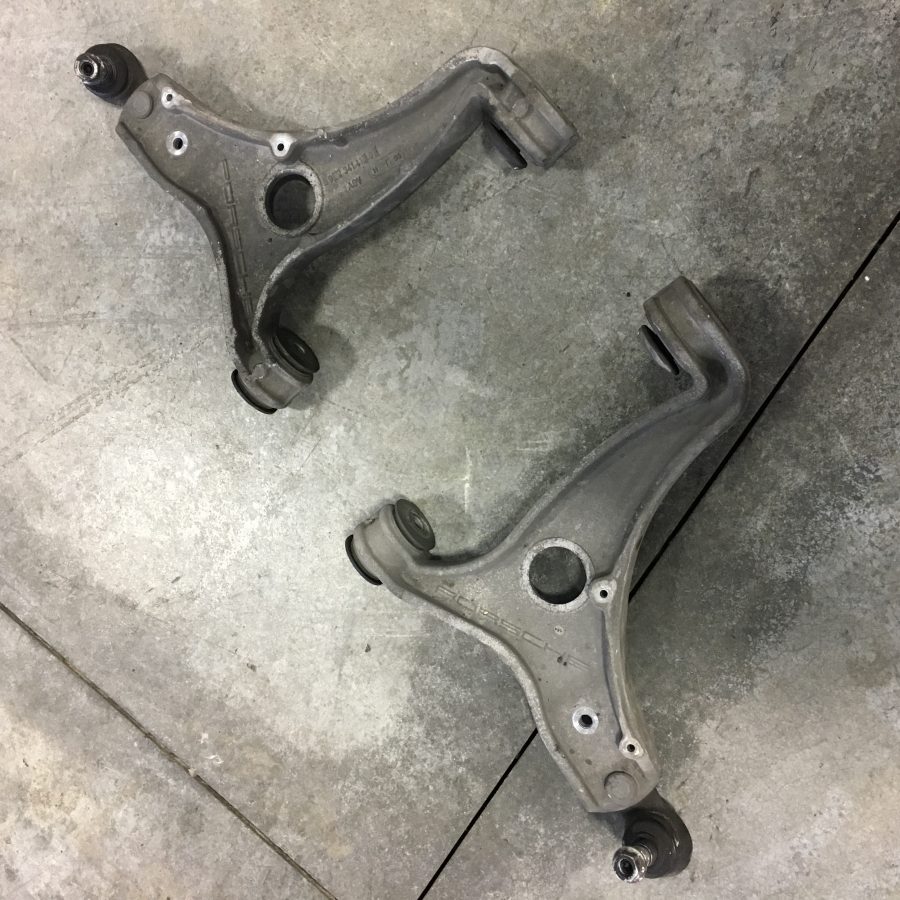 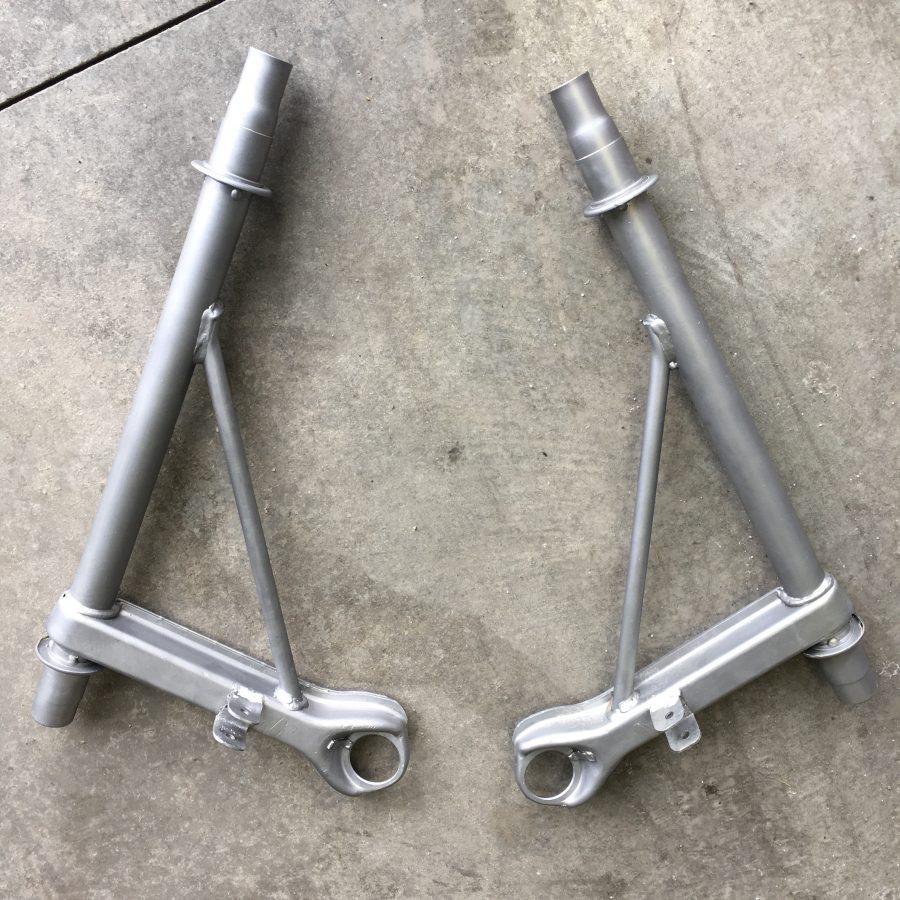 If you are looking for Porsche service or would like to inquire about Vapor Shine Vapor Blasting \ Wet Blasting services, don’t hesitate to call (630) 305-3054 and ask for OJ, Mike, or Zach. Don’t hesitate to stop by our Naperville location right in the Iron gate motor plaza.