Carbon Cleaning – What, How and Why your car needs one before it’s too late! 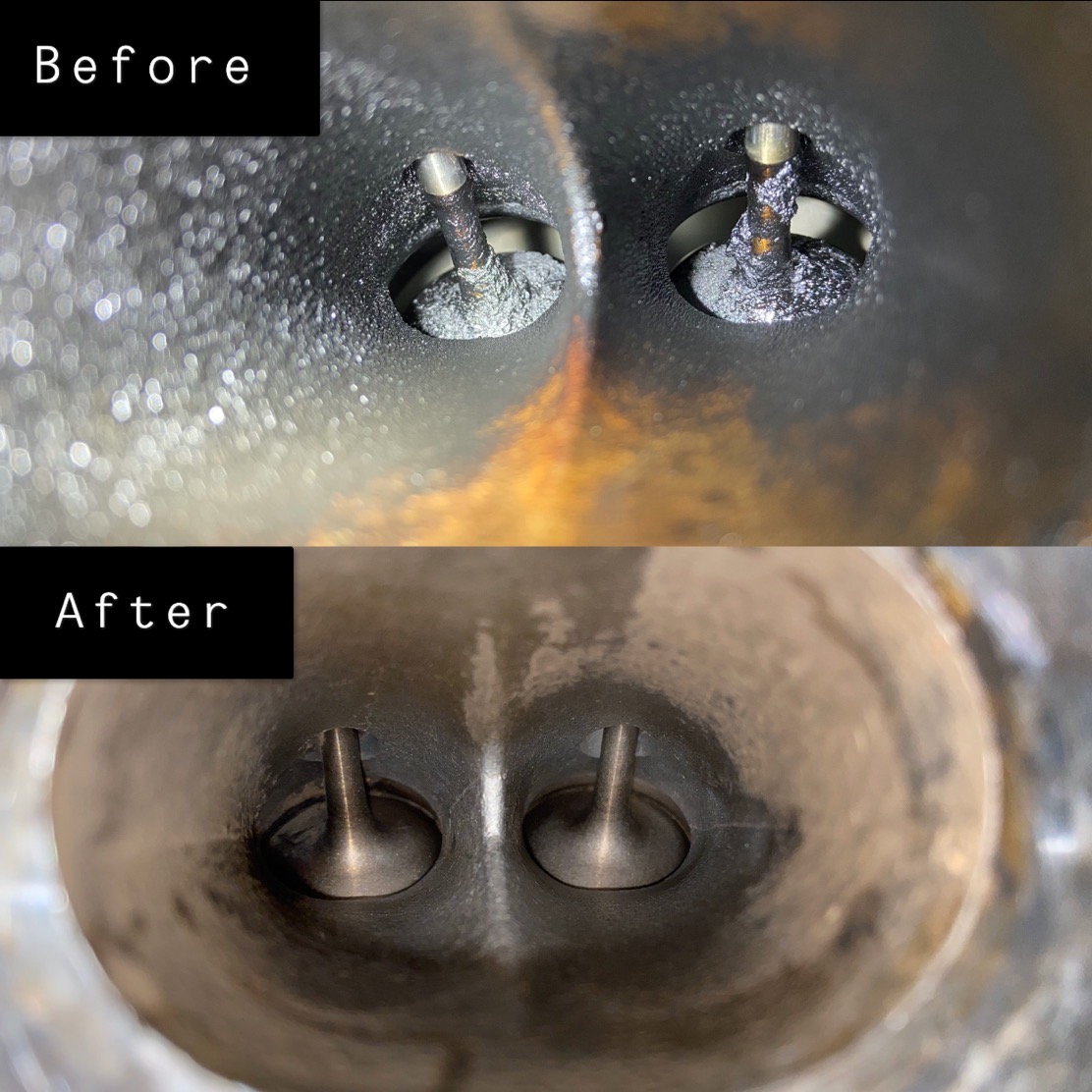 12 Feb Carbon Cleaning – What, How and Why your car needs one before it’s too late!

What is Carbon Cleaning?
A relatively newer necessary service car manufacturers have made part of routine maintenance is what’s known as a Carbon cleaning. This process removes built-up carbon on the intake valves of direct injection engines. This can be done a number of ways, but when done professionally involves using crushed up walnut shavings and propelling them through the ports with compressed air, and is referred to simply as “walnut blasting”. Most GDI engines need a carbon cleaning every 60,000 miles or sooner, but driving styles, regular maintenance, air, and fuel quality can impact how quickly the carbon builds up. This repair can be timely depending on your vehicle and engine configuration, as the technician must remove the entire intake manifold to gain access to the ports. In some cases, as in the vehicle highlighted this blog, the engine may even need to be dropped out of the car for access. 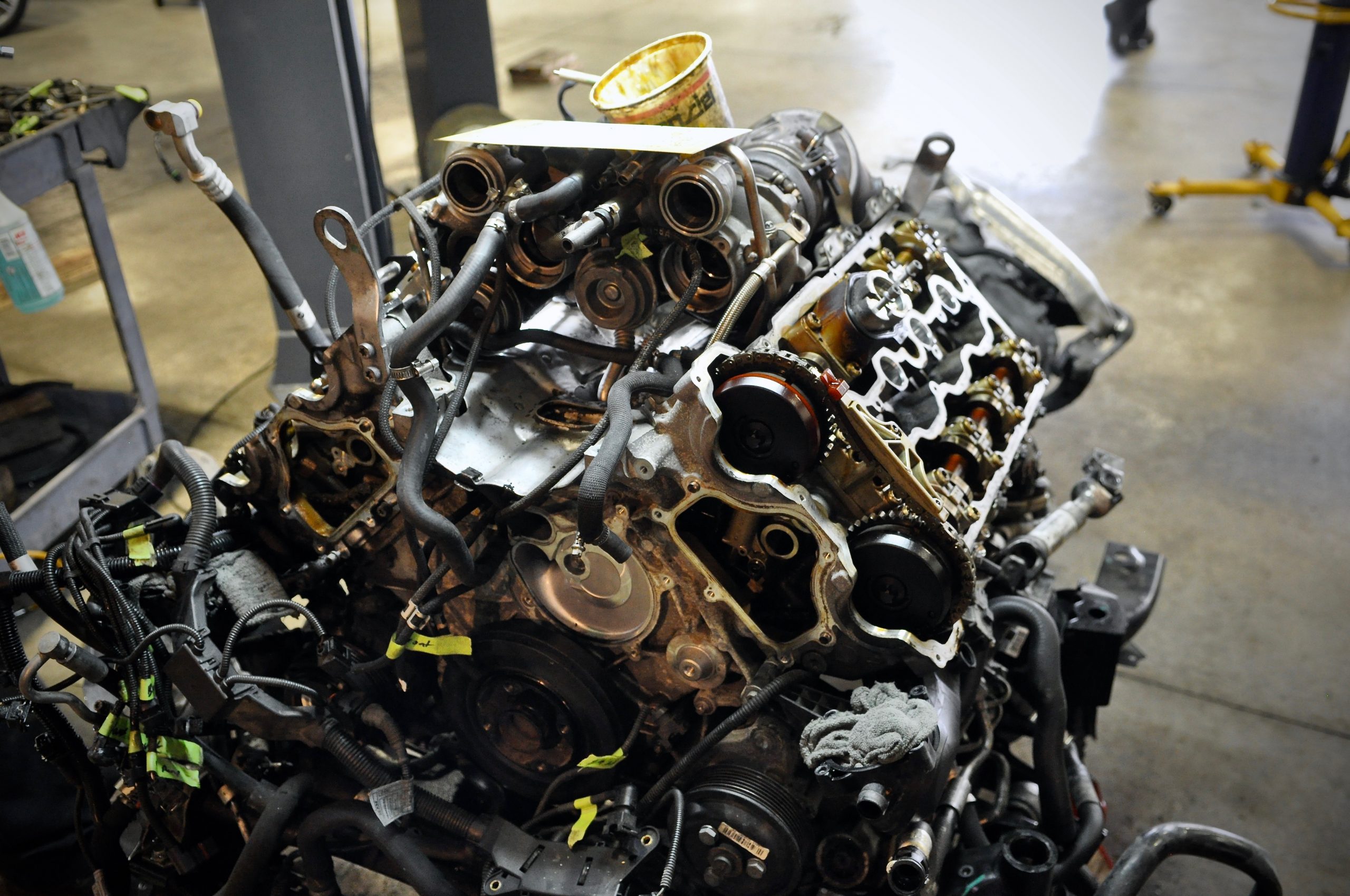 What is Carbon Buildup?
Due to stringent emissions standards, more and more manufacturers have turned to gasoline direct injection (or GDI for short) as the choice fuel system in their vehicles. Direct injection engines have a lot of pros, namely better fuel economy, power, and overall engine efficiency. However, as the miles pass by owners are finding out they have some glaring cons that weren’t initially anticipated. Compared to traditional intake valve port fuel injection, GDI engines spray fuel directly into the combustion chamber where it mixes with oxygen from the intake ports, and is then ignited by the spark plug. One of the byproducts of the combustion of gasoline engines is carbon, so with the valve no longer getting gasoline injected on to the valve, how does carbon develop? We previously featured an in-depth analysis of why carbon still ends up on valves, This carbon builds up on the intake valves causing a restriction of airflow through the ports. As the buildup grows, it will cause problems such as sluggish acceleration, random cylinder misfires, rough running, etc. If you think about it, it is essentially restricting your engine’s ability to breathe. We have even seen carbon cause an issue with an oil ring on the piston that led to catastrophic failure of the cylinder wall that required complete engine replacement.

BMW E70 X5
Recently, we had an X5 in the shop for an oil pan gasket replacement, timing chains, and valve stem seals. Our blog on that repair can be viewed here: Valve Stem Seal Replacement and Timing Chain Job in E70 BMW X5 N63 Engine. During that repair, upon inspecting the condition of the valves, we discovered this N63 engine had a substantial carbon buildup. The customer agreed to take care of everything at once. Since we already had the engine out of the car for the other repairs and had the intake manifold removed, we were able to save him money off of future service since the bulk of the labor was already done!

Carbon Cleaning Before and After Photos: 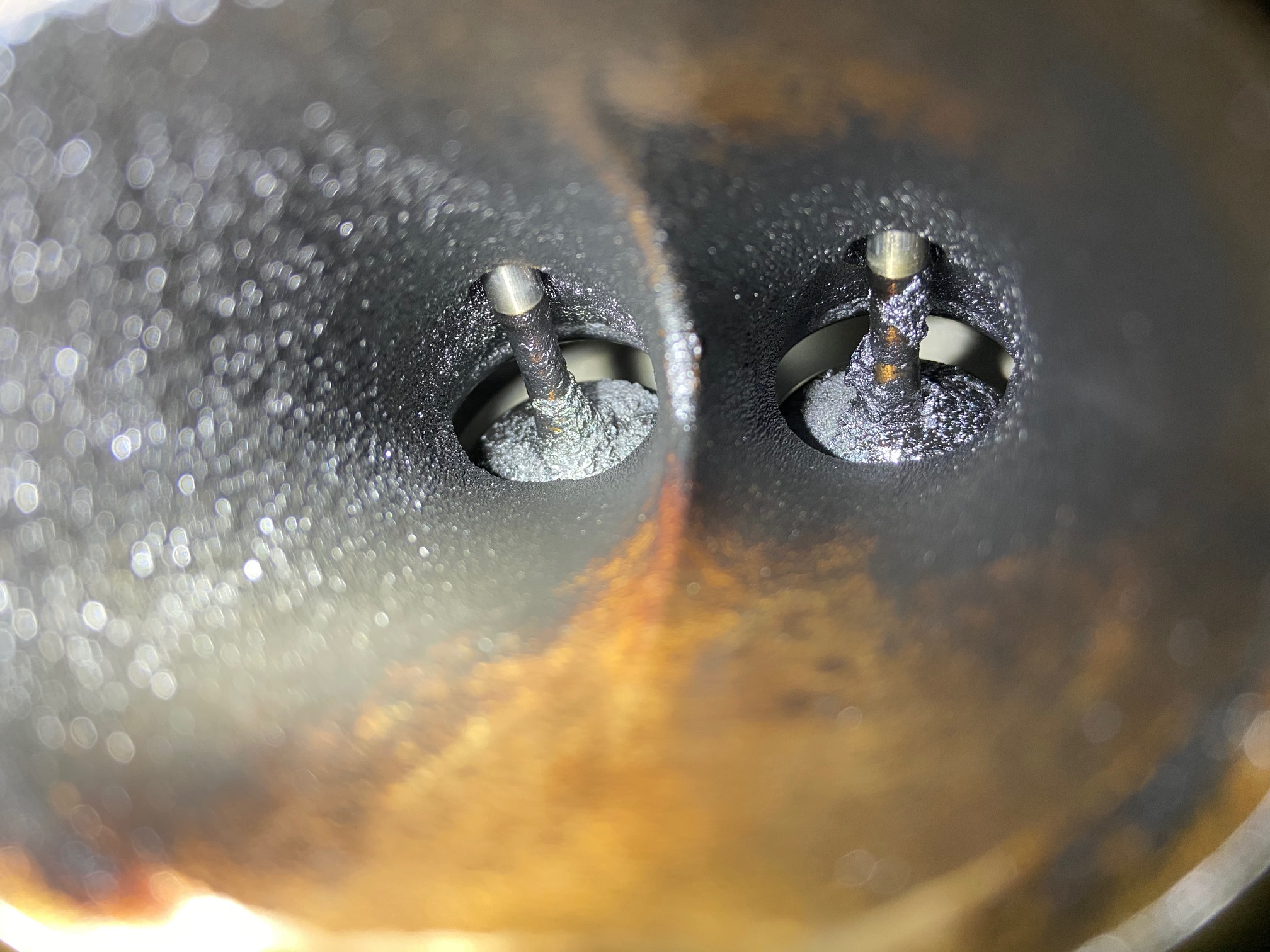 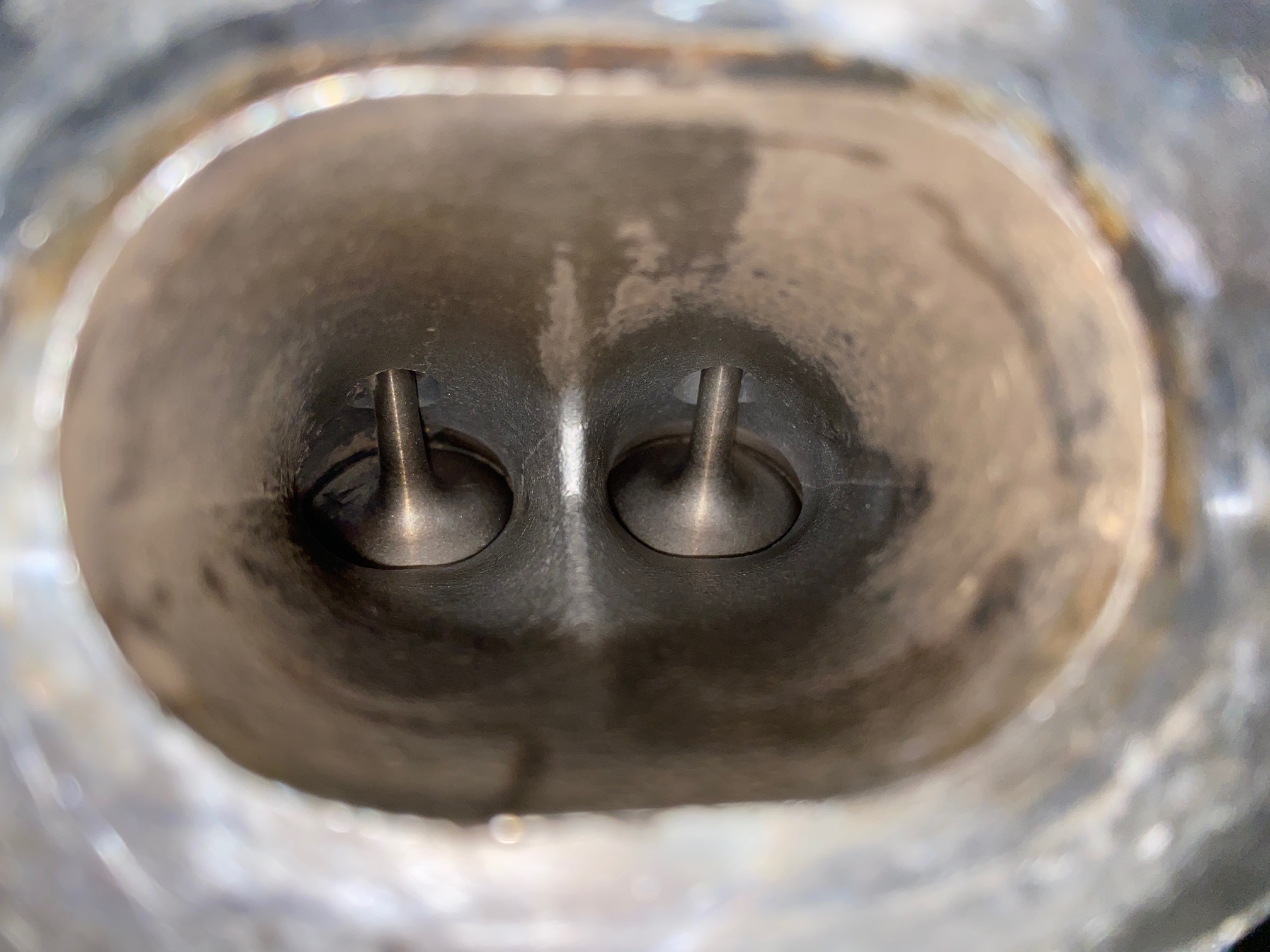