Engine Replacement: Read this first before you make the wrong decision. 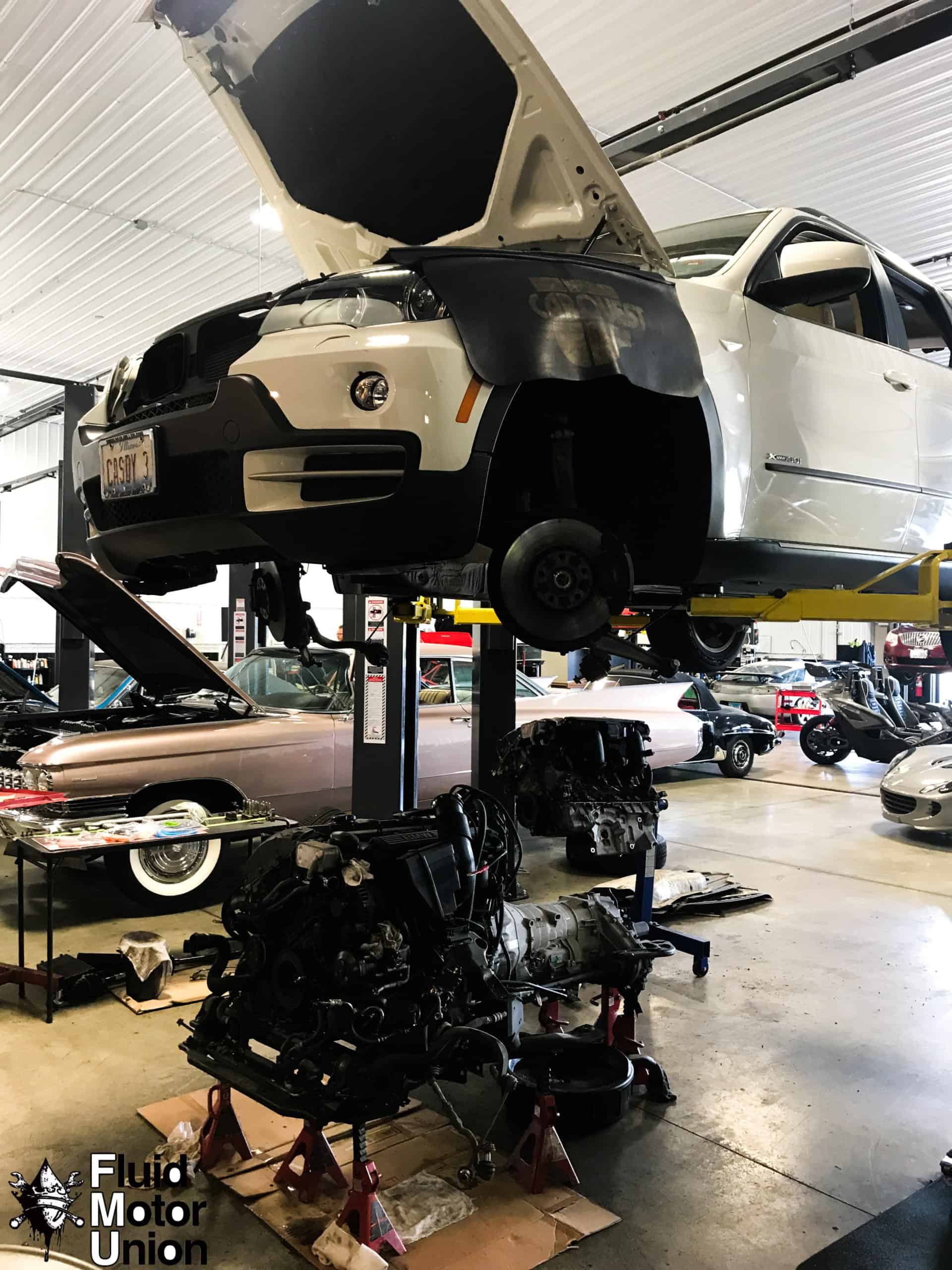 30 Sep Engine Replacement: Read this first before you make the wrong decision.

Posted at 10:30h in Blog, Education Station, How to Guides and Common Vehicle Issues by fluidmotorunion 0 Comments
0 Likes
Share

You can be driving, and suddenly a cloud of smoke billows out from behind the vehicle, or one cold day the car cranks but then nothing. Engines can die in numerous ways and rarely is the timing ever convenient. If you are faced with questions when your engine has catastrophically failed and are thinking about Engine Replacement, you need a shop that can compassionately guide you into the best outcome.

Dealing with a blown engine leaves you in a situation where you face what we here at Fluid MotorUnion in Naperville call the three difficult R’s: Rebuild, Relinquish or Replace. We will go over these, as well as what we feel is the most cost-effective option for the majority of owners dealing with this problem.

You might initially think that getting your failed engine Rebuilt is the most cost-effective option, and this is potentially true. Rebuilding an engine involves removing the vehicle’s motor and disassembling it to find the affected components, replacing them then cleaning and reassembling. Every seal and gasket will have to be replaced in order to meet BMW OEM standards. Common failure components could be bearings, gaskets, seals, timing chain, valve springs, and the oil pump. Major parts like camshafts, crankshafts, pistons, or even the engine block are replaced in only the most severe cases, as often parts that have been warped can be machined.  This option is time-consuming, as parts need to be checked, ordered, and even sent out for machining.

All this labor leads to rebuilding’s biggest drawback, the diagnosis. When an engine fails, it is essentially a black box; anything inside could have possibly happened. Some scenarios are repairable and some aren’t. In order to reach this conclusion, labor has to be paid, regardless of what is found. So imagine a situation when a timing chain jumps some teeth and the valve comes into contact with the piston. In this example, the best outcome would involve labor to replace the bent valves, along with the gaskets and parts required. The problem is until the engine is opened, even the best mechanics are making an educated guess. If their guess is incorrect, and in this example, the valve guides are damaged, the cylinder head is cracked, and the pistons split, then the rebuild may become much more expensive than replacing the engine!

Engines are much more complicated than they were 20 years ago. Cast iron was a common material used for engine construction, it was cheap, easy to machine, and resisted thermal distortion. It also was heavy and would corrode, so lighter materials like aluminum were slowly phased in to help increase efficiency. Aluminum had lots of benefits, but it was softer, would warp under prolonged heating, and had to be treated in order to be used in high friction applications. Add the various emissions components that are finding their way onto modern engines, and you have a situation where fixing all damaged components can exceed the cost of a new short block! That being said, even if you get all the components replaced, and everything checks out for a rebuild, there are areas inside the engine that are hard to inspect that can fail catastrophically shortly after a rebuild. This can mean all the money spent to replace the engine can be for naught. You are basically taking a gamble when you choose to attempt to rebuild an engine. The most expensive rebuild engines have warranties where the price factors in an occasional engine coming back, so remember this is something where you get what you pay for.

It is for this reason, that Our mechanics often do not recommend doing a rebuild unless the engine comes from an experienced rebuilder with a 6-12 month warranty.

Engine Replacement may seem like the most costly option when comparing options, but for customers pressed for time, that won’t be the case. Many newer engines can cost several thousand dollars. Often a new from dealer engine will exceed the cost of the current worth of the vehicle. However, they usually come with the best warranty, so on a valuable vehicle that you plan to keep, investing in a new engine can be a worthwhile option. Many insurance companies have catastrophic engine failure clauses, so when coverage is approved, you should demand this option.

For those without this type of coverage, our most common recommendation is a junkyard take-out engine replacement with a warranty. Don’t let the word “junk” scare you, This is often the quickest, most cost-effective to get your vehicle back on the road. The engines are usually shipped quickly to our 11,000 square foot facility in Naperville and can be dropped in by our talented mechanics in short order. Again, this is something where you get what you pay for; engines commonly fail for similar reasons between the same model. Take caution here as you could be potentially be buying and engine that is about to have the same issue that caused your engine’s original failure! A great deal on a motor without a warranty might not be such a great deal when it’s found out that the engine was dead on arrival, and now you need to pay double labor to have it removed again.

It is for this reason, that our mechanics most often recommend an engine replacement with a minimum 6-12 month warranty.

This is a hard one for some people. You may not be ready to part with your vehicle, or worse, the payments left on your vehicle put you in an “underwater” situation. You need to know what your vehicle is worth if it was in great shape and then factor in the cost of repair options to see if it even makes sense to “dump it”. Selling a vehicle with a know blown engine means you can expect to take 80% off of it’s worth if it was in “Good” condition. This might seem like it would always be beneficial to have the vehicle repaired, but that isn’t always the case. Sometimes selling your vehicle to a scraper for a few hundred dollars may be the least costly option out.

This is where having trust in your repair shop is crucial as you need to be honest with them about your situation. A good repair facility will advise you of the best way out, regardless of their potential loss of profits. At Fluid MotorUnion in Naperville, we strive to earn and keep your trust. Every decision we make is based around this fundamental idea; if the recommendation does not build trust between the customer and us then it doesn’t belong. If you explain your situation to us, then you can be sure we will find the best situation out of your predicament.

Mechanics at Fluid MotorUnion have done more than their fair share of BMW Engine Replacements in our 11 years of Business. We will never recommend work that we would not stand behind if something went wrong. That is why our repairs come with a 3 year 36k mile warranty. But if a repair to the engine is a gamble, but one that could potentially save you thousands if you opt-out of the warranty, then we will work with you! Our Experienced BMW Mechanics can offer you the best repair suggestions no matter your situation. We are conveniently located in Naperville just a short drive from I88 in the Chicago Metropolitan suburbs.