All Shapes And Sizes

11 Apr All Shapes And Sizes

Posted at 14:30h in Blog by fluidmotorunion 0 Comments
0 Likes
Share

The vehicles rolling through our service department are arriving in all shapes and sizes. Let’s take a look at a few of them.

First up, we had a D3 Audi S8 roll through the shop for a bit of maintenance work. Not only is it as large as a naval ship, it’s got roughly the same amount of power, as well. Rocking a 5.2L V10 motor putting out approximately 444 bhp and 398 lb-ft of torque, the motor inside this S8 is actually a derivative of the 5.0L V10 found in the Lamborghini Gallardo. However, a longer stroke and wider bore adds that extra displacement, as well as more low-range torque. And if you don’t want to feel like you’re pushing the car with your hands every time you mash the gas pedal, that’s what you want in a car that weighs about two tons. 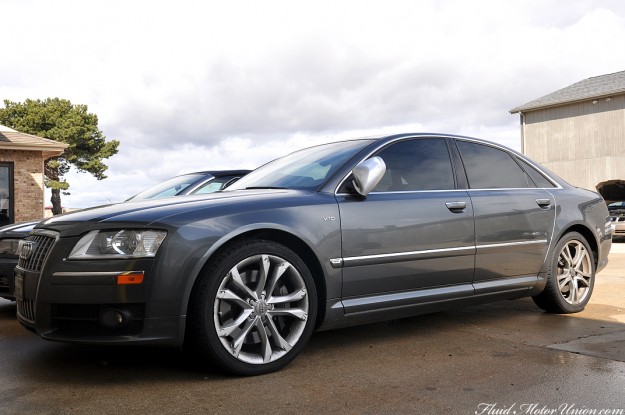 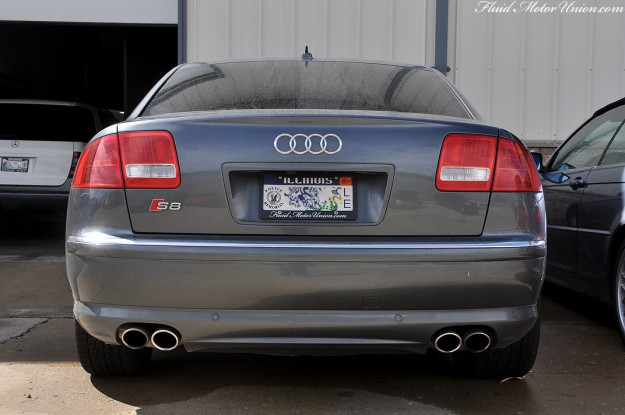 Next, we’re keeping it in the family as a customer’s B6 S4 came through, also for a bit of maintenance. It’s obviously not as powerful as the V10 in the S8, but that’s not to say it’s a slouch. Its 4.2L V8 has been tweaked and retooled across several different cars since its release in the S4, where it originally put down 339 bhp and 302 lb-ft of torque. Not too shabby for their smallest US offering. It even has a six-speed manual, which is something that’s becoming increasingly rare to find in Audi’s lineup, especially amongst the S line. Either way, it’s still a looker, even with the new S4s and their fancy LED-everything. 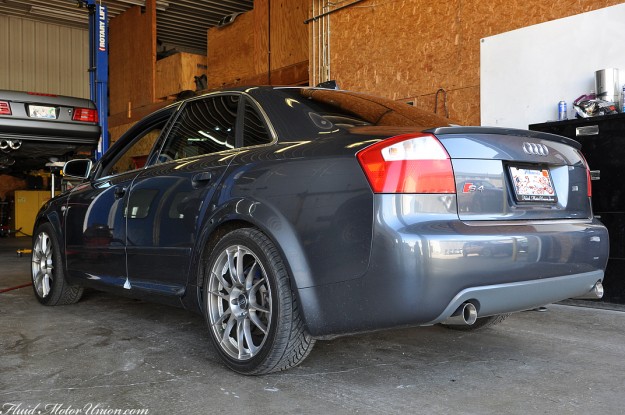 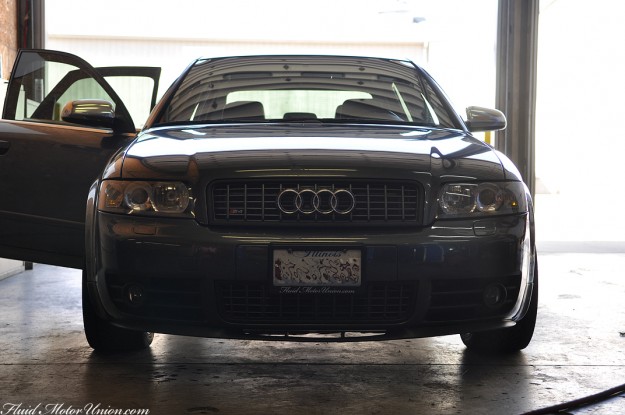 Now, we’ll stray away from the uniquely German flavor of Audis and move towards something a bit closer to home. You may remember Mario’s C6 Corvette from when it came to the shop for a custom intake and exhaust. Well, since then, he’s been enjoying his new aural excitement on the roads around town. At the moment, he too has returned for some light maintenance work. Given that spring is (sort of?) here, it seems that now is the time to get those higher-horsepower cars ready to attack the pavement once again. This car is no less a looker than the others, especially with its chrome-finished CCW 505a wheels. These wheels look good on a staggeringly high number of marques. 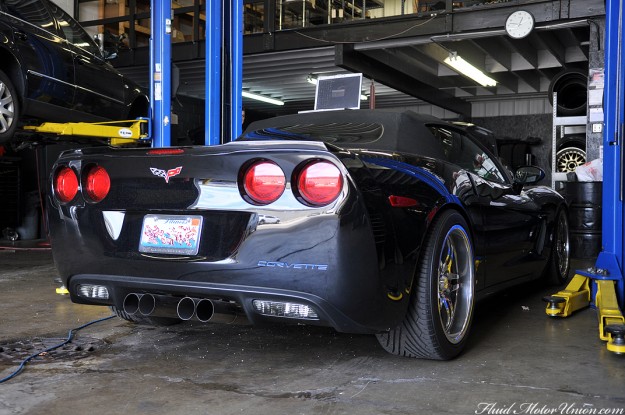 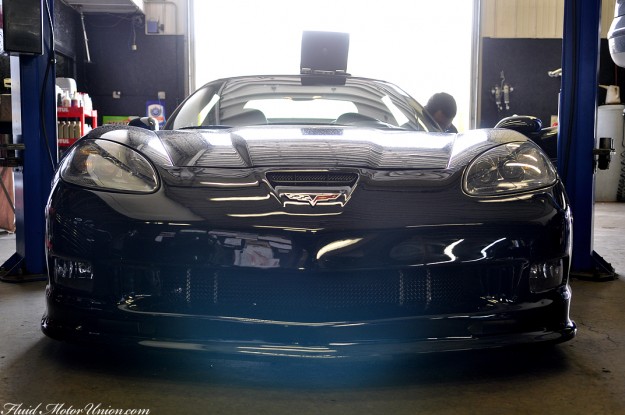 Finally, we’ll move back across the pond to Germany, but we’ll stop in Munich this time around. It’s not technically a “customer car,” as Krystian works here and this is his daily driver for the time being, but we figured it’d be fun to throw a couple pictures up of his newest ride. His E46 330 ZHP is pretty much as far from stock as it gets. It’s boosted with the help of an Active Autowerke supercharger setup, including meth injection and upgraded cams. Obviously, power isn’t the only goal with this car — sitting pretty factors in, too. He recently acquired a set of BBS CH-R wheels with red center caps, and he and his brother took an overnight trip to Kansas to pick up his two newest pieces, a Vorsteiner carbon fiber hood, as well as a genuine CSL carbon fiber ducktail trunk. This thing is dressed to the nines, and if you want to get into the full specifics, check out his big build thread in the Showroom section of E46Fanatics. He’s got even more in store, so we’re sure it’ll end up back on the blog soon! 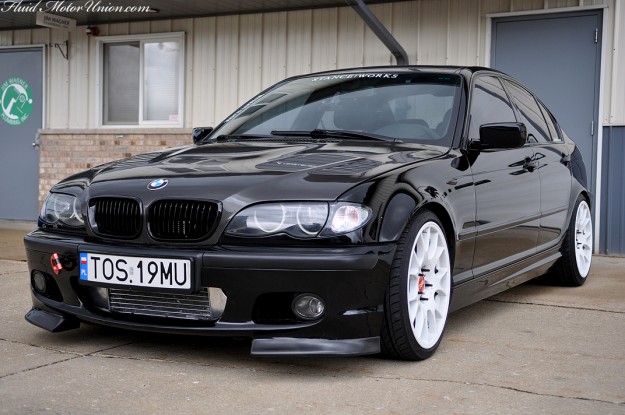 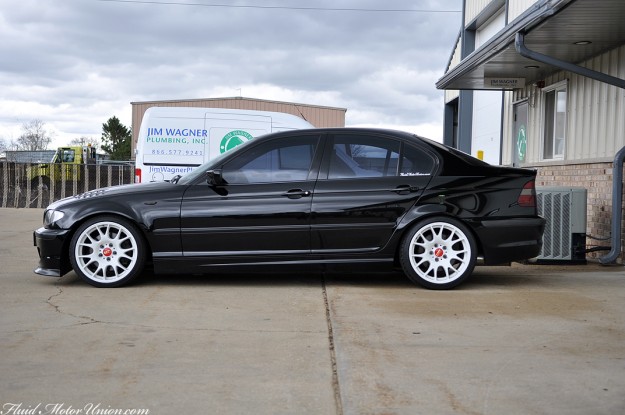 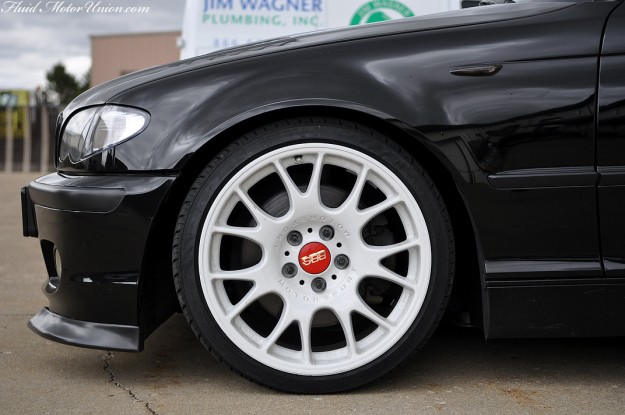 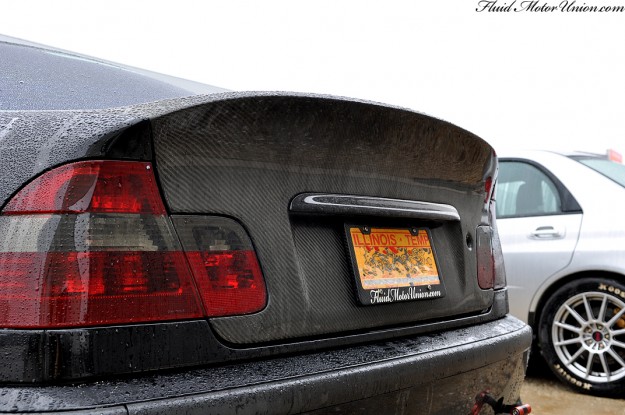 That’s it for today! Come on back tomorrow for our final blog post of the week! Until then, have an excellent day!