There’s one piece left to the equation of Dan’s Hyundai Accent, so let’s just tackle that now and take a look at the final result.

As you may remember from yesterday, we are just about done with Dan’s Accent exhaust. The exhaust tip is routed through the bumper, so all that remains is to install the exhaust shield that we’ll be putting around that exposed tip. After all, you don’t want a bunch of exhaust burning into your paint. The first step in building the shield was cutting a piece of sheet aluminum into the shape we wanted. With that out of the way, we plotted out the spots on the shield where it would be attached to the rear bumper. 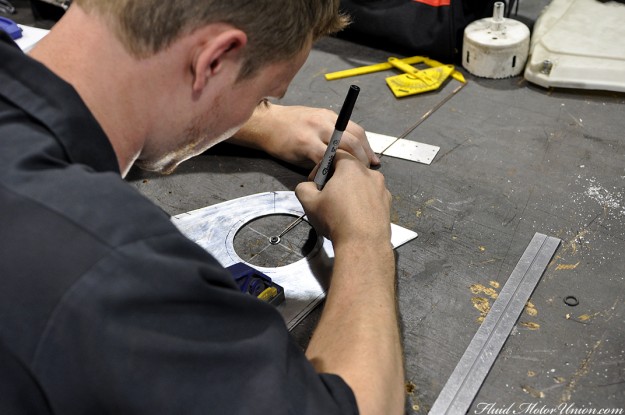 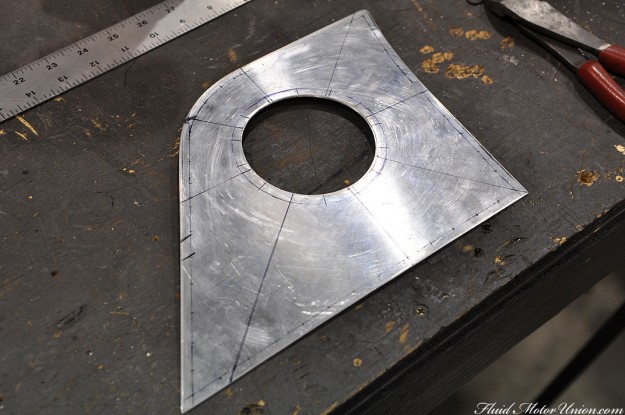 Just like we did for Frame-Bangin’ Fabel, we are using AN470AD aluminum rivets to hold the metal shield in place. After a quick coat of black paint on the shield itself, we set about riveting the shield into its new permanent home. 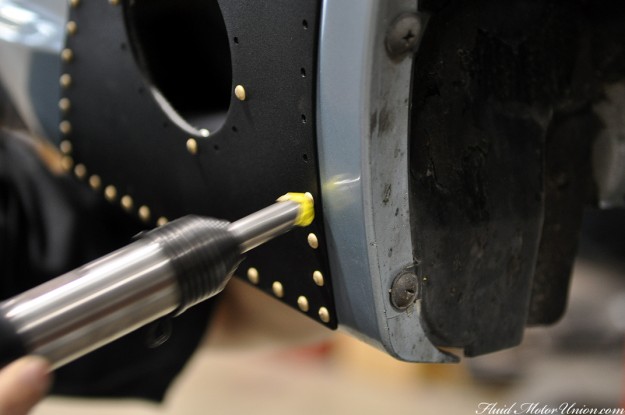 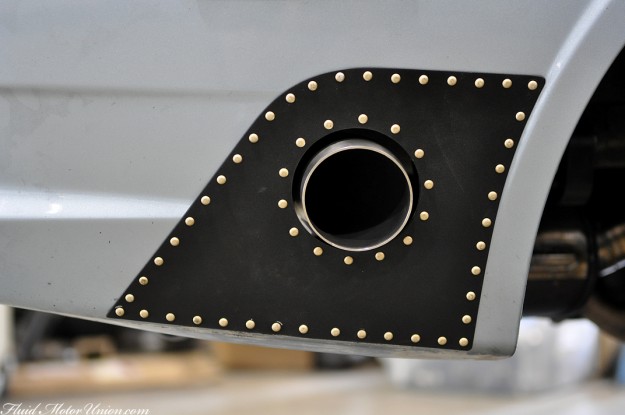 But that’s not all! A couple smaller mods remained, as well. First, we wrapped Dan’s new headers in Lava Wrap, which will keep ambient temperatures lower around the headers, keeping the heat where it’s supposed to be. Along with that, Dan also swapped his Accent GT wheels out for some OEM Miata rollers, which we painted black for him as well, adding a bit of an ominous factor to this otherwise spry little whip. 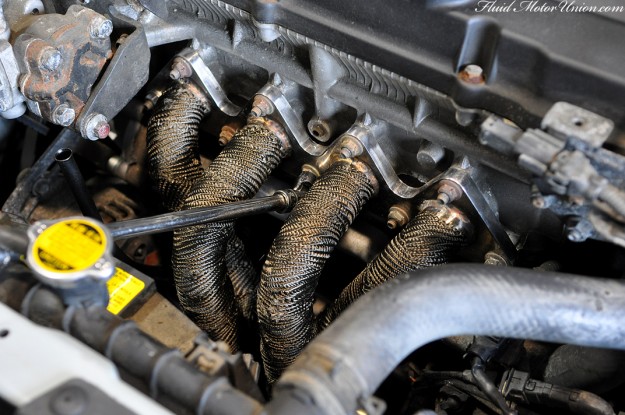 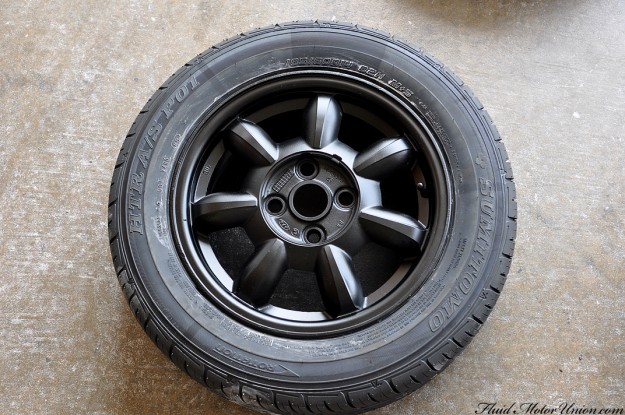 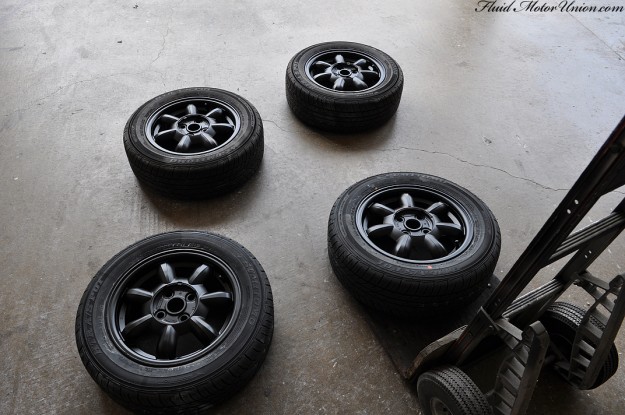 If you’re wondering how the new wheels factor into the look of the car, look no further, because we snapped a couple pictures of the Accent hanging around outside. Overall, the exhaust sounds great — not too loud, not too quiet — and the shield really gives it a bit rougher aesthetic that we happen to enjoy. Plus, now the exhaust won’t hang low in the back, giving him a bit more clearance to manage those nasty City of Chicago speedbumps! 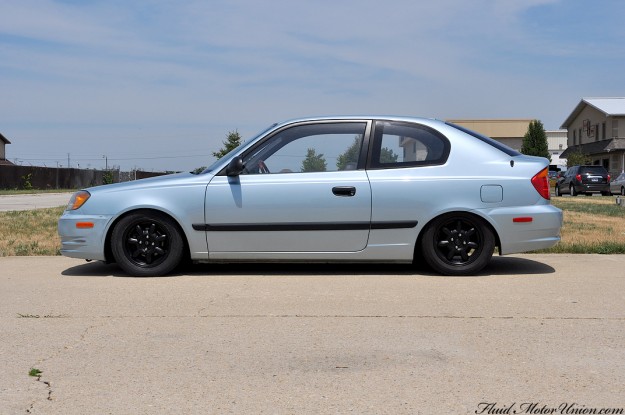 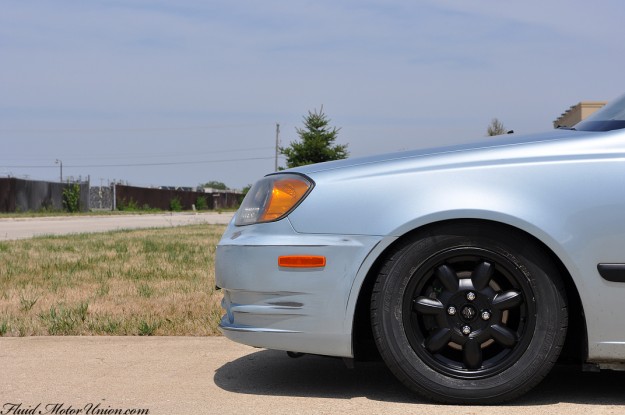 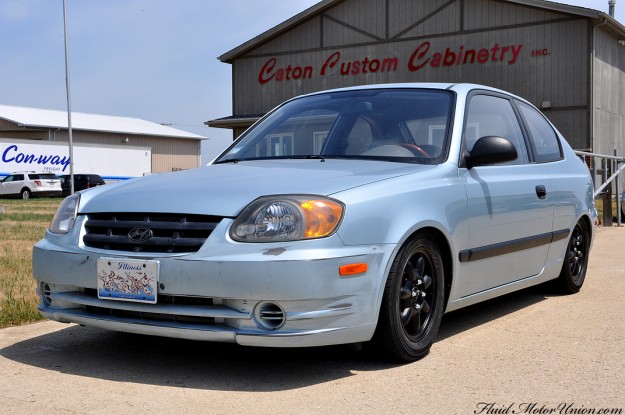 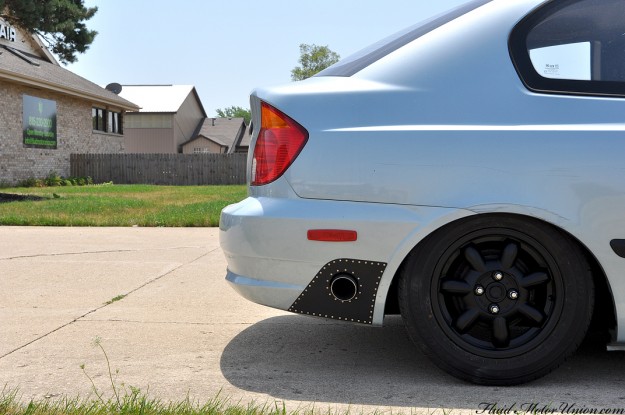 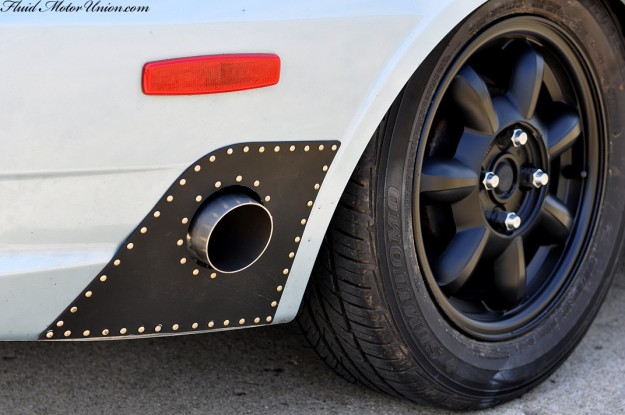 And that’s all she wrote for the tale of the Accent. It’s a little lower, a little louder, and a bit crazier after coming through our doors, which is exactly the way we like it. We just hope that Dan enjoys driving it as much as we enjoyed working on it!